Eventing Nation has obtained a copy of a letter sent from Akaash Maharaj, Equine Canada’s Chief Executive Officer, to FEI President Princess Haya regarding the recently announced restructuring of the FEI statutes vian an extraordinary general assembly.  The letter offers a rare insight into FEI politics in action, and a glimpse at a lack of accountability and transparency within today’s FEI.  The letter is in response to a survey the FEI sent to National Federations in January regarding the proposed statute changes.

In accordance with my personal experience with Equine Canada, this letter seeks to make the new statutes more democratic and transparent, and it even goes farther than the options provided in the January survey.  More importantly, the letter proposes broad structural changes to the FEI by requesting amendments to the “Internal Regulations of the FEI.”  The proposed amendments include creating an obligation for the new board to respond to regional group requests, a responsibility for FEI boards and groups to publish their annual objectives and regularly evaluate those objectives, and to increase public scrutiny by webcasting public portions of FEI board meetings.  The implied fact that the first two regulations in particular do not currently exist is particularly troubling.  Click on each page to open a larger version: 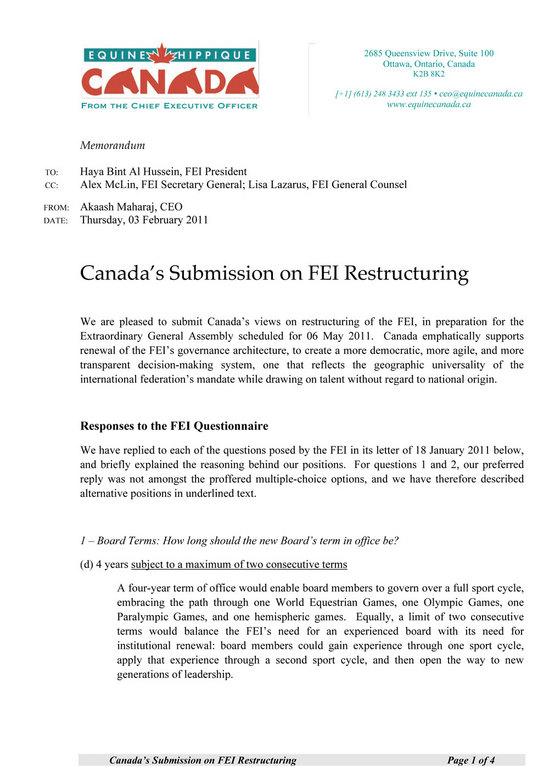 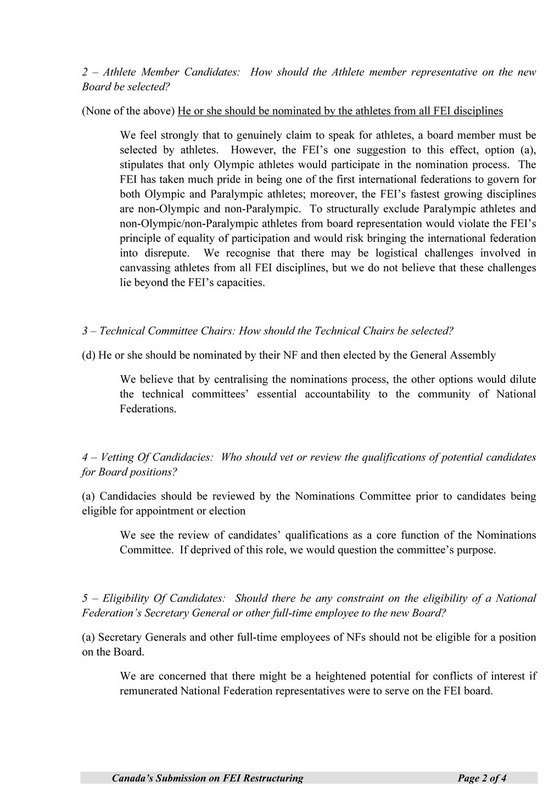 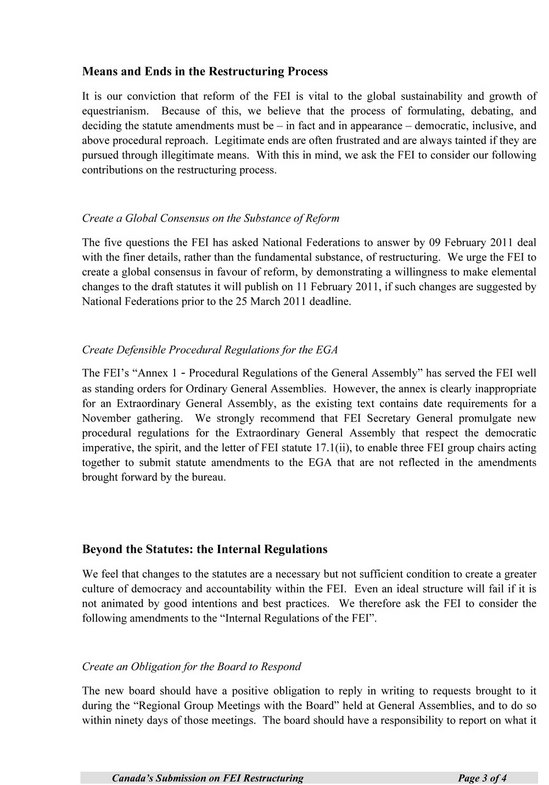 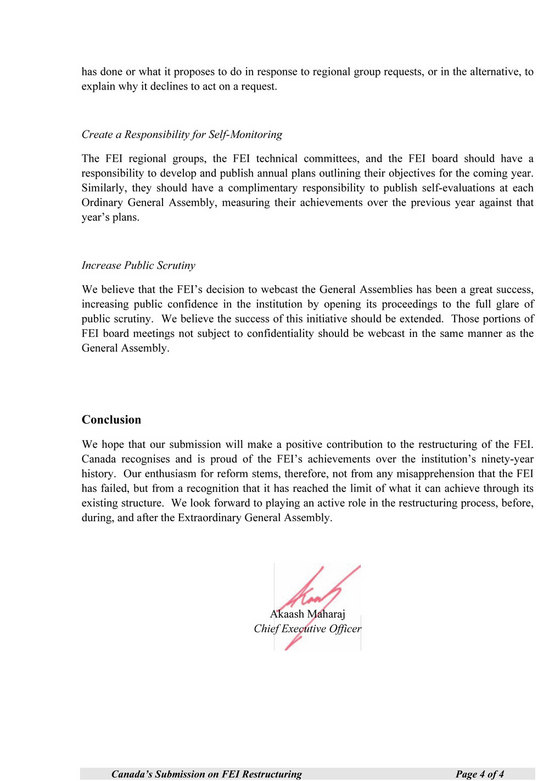 Lastly, I should point out that Eventing Nation did not obtain this document from The Carrot. Go eventing.