Elisa Wallace gives us a behind-the-scenes look at the reality of event horse syndication in this guest blog. She is currently hard at work syndicating her Rolex partner Simply Priceless, and you can visit this link for more information about the Simply Priceless Syndicate, or email Elisa at [email protected] 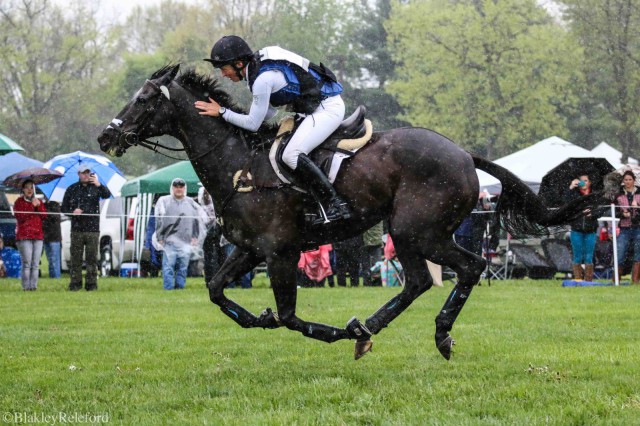 2016 marks the beginning of a new chapter in my career with Simply Priceless (aka Johnny). Johnny and I began our relationship in May 2013, when owners Jill and Dave Hopcroft first approached my father, Rick Wallace. He was unable to take the ride at that time and so suggested they offer the ride to me.

I was so excited, as I only had young horses at the time. I knew Johnny was pretty special and we quickly formed a strong bond. Through hard work Johnny began to progress, and over time this progress led us to an incredibly successful 2015 season. We competed at the Rolex Kentucky Three-Day Event for the first time and were distinguished as the highest placing rookie at the event. Truly amazing! I went in with the goal of placing in the top 20 and sure enough, we did!

Rolex became our springboard, earning us a place on the USEF High Performance National Training List. We were also awarded a Land Rover USEF Competition Grant, which gave us the opportunity to have our first overseas experience at the Blenheim Palace International Horse Trials. 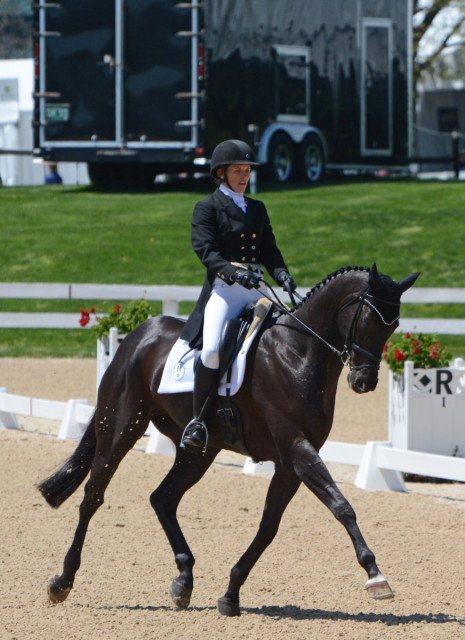 Since 2013 Jill and Dave Hopcroft have been supportive in encouraging the development of Johnny’s full potential as an equine athlete, and I count myself blessed that they chose me as his partner.  But near the end of 2015, the Hopcrofts made the difficult decision to leave the horse world in order to pursue different priorities. Not wanting me to lose the ride on Johnny, they graciously offered him to me without putting him on the market.

Johnny is absolutely just what his name describes. He is Simply Priceless. Time and time again he has proven his huge heart and absolute class, and I truly believe that the best is yet to come. I have been given such an amazing opportunity to continue my journey with Johnny, but I can’t help worrying from time to time. Even with the tiniest thought of losing him, I feel a knot in my stomach and my eyes well up with tears.

Luckily, I have the most supportive father, Rick Wallace, and husband, Timothy Harfield. My dad basically put on his “Super Dad Cape” and told me, “Where there is a will, there is a way, and we will find a way to keep Johnny!” Sure enough, we were able to come up with a plan for syndication. So, with the help of Mark Hart, chair of the USEF-sponsored Eventing Owners Task Force, we set forth on a new journey: the Simply Priceless Syndicate. 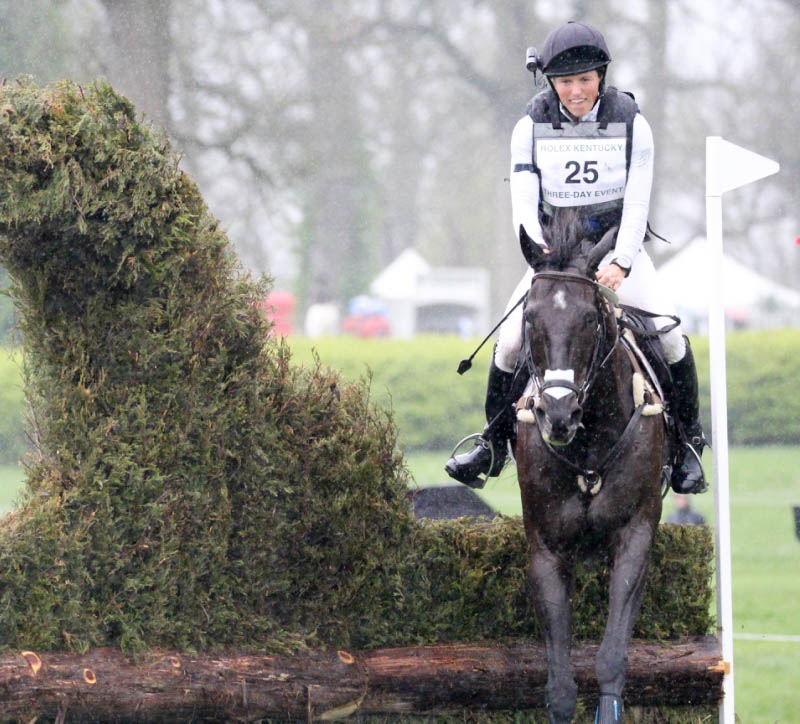 What is a syndicate? A syndicate allows a group of people to share in the ownership of a horse as well as distribute annual maintenance costs, with the goal f supporting a horse and rider combination in international competition. Syndication will allow a group of 10 owners to partner with me in sharing expenses, as I contribute through donating the time and training necessary to ensure his success (unlike many other syndication arrangements, none of the yearly maintenance fee goes to training).

For those who join the Simply Priceless Syndicate, this means that they will be able to enjoy all the benefits of ownership but at a fraction of what it would otherwise cost to support an equestrian team at the four-star level. Actually, benefits are even greater than sole ownership, because joining a syndicate also means joining a family with strong sense of community.

All horses that are syndicated have to be free of liens and loans. So my father put on his “Super Dad Cape” and, as of Dec. 31, 2015, full ownership was transferred to my father’s Team Wallace LLC, using a bridge loan obtained from a very dear family friend. Then on Jan. 1, 2016, TeamWallace, LLC transferred Johnny into the Simply Priceless Syndication, LLC, which made the syndication active.

While this is very exciting, and we are delighted to have already successfully sold two shares, this is also not without anxiety, as the bridge loan used to buy Johnny is on Team Wallace’s (aka Dad’s) shoulders. We have to sell five shares by July and the remaining shares by January 2017.

In 2016 I look forward to competing at Rolex with Johnny once again. This past year we have focused on improving our dressage and stadium jumping with help from my coach, Karen O’Connor. With our international experience that was attained at Blenheim, I feel we are ready to really come out guns blazing for 2016. 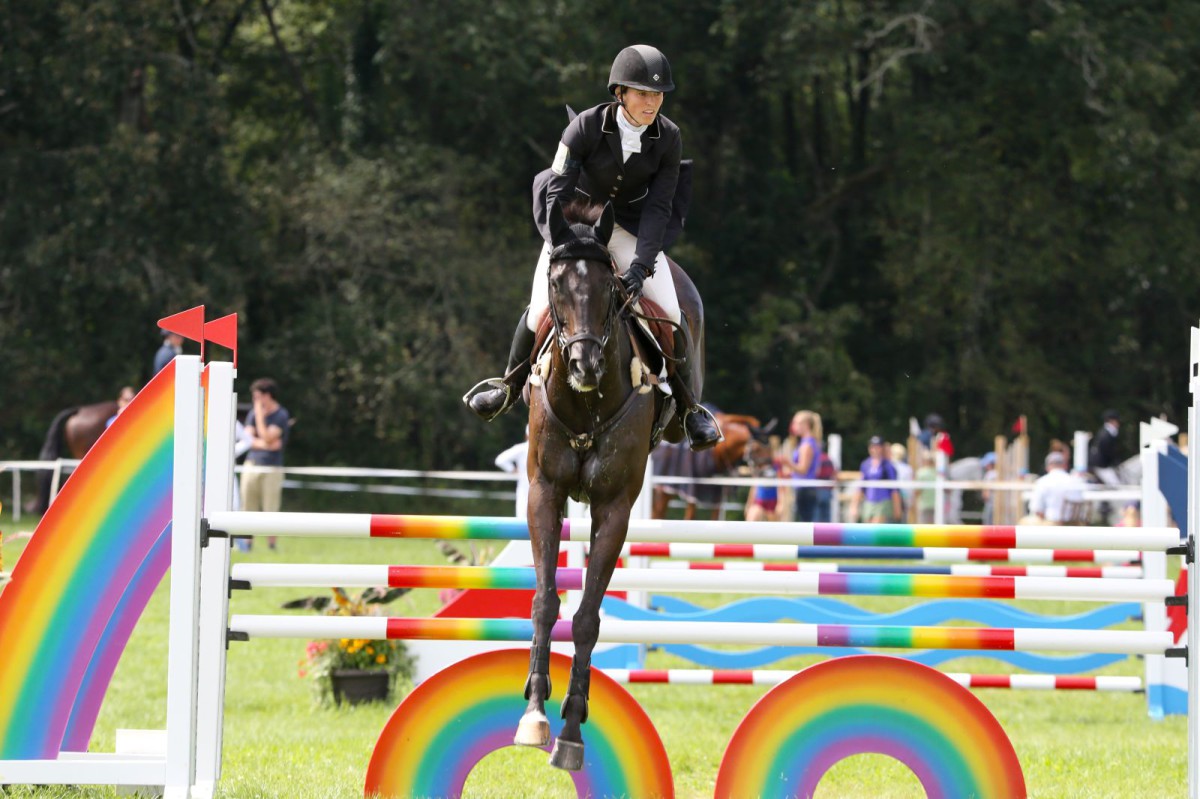 Johnny has already helped me fulfill my dreams of competing at my first Rolex, and I have no doubt that he will be instrumental in accomplishing my dreams of representing the United States Equestrian Team, competing at Burghley, Badminton and many more. I am excited to continue showing the true class of this off-the-track Australian Thoroughbred. Big goals for big dreams with a horse with a heart just as big.

The Simply Priceless story has only just begun, and I am excited to join with a new family of supporters in writing this thrilling next chapter.