“Someday, you’ll understand” is a common parent-to-child refrain, probably because it’s rooted in the truth. Reader Helen Guidotti tells the story of how her relationship with her parents evolved as she matured from pony rider to three-day event competitor. Thank you for writing, Helen! 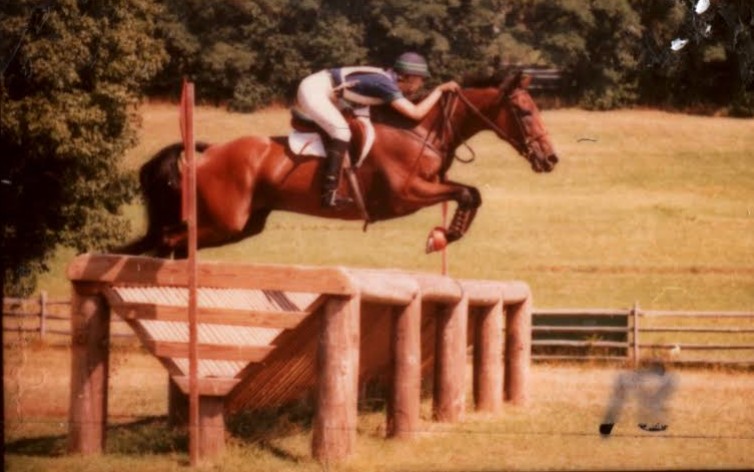 Jumping the big jumps at Ledyard. Photo by Terri Miller.

At 52 years old, I may be a bit tardy in counting my parents as my inspiration to “be all that I could be,” but for some reason, Tamie Smith’s article has inspired me to write about them right now. I began riding in 1973 taking weekly lessons on a pony named Sassy with my instructor, Chris Withington.

That morphed into my first mare and lessons with Karen (Lende) O’Conner, Pony Club, 4-H and two or three rides a week at the Coolidges’ indoor arena during the treacherous winters in New England. How did I accomplish this beginning? Mom.

She drove me to all of these activities. She and my friend’s parents got together while I was away at summer camp (I was plotting to bring home a camp pony which I hinted at frequently in our required letters to home each day) and bought a trailer together.

Simone Cormier’s mother and mine would drive us everywhere to shows, clinics, lessons, pony club events, everything. We were incredibly active. At the same time mom was taking care of my four brothers’ hockey, running, hiking, skiing, music lessons, cub scouts (she was the leader) and girl scouts (she was the leader), as well as grocery shopping and feeding us all and so many other engagements.

My folks believed in a well rounded education so, I too, had to learn to do it all. She was wonder woman. She was always there for us. I would have a jump lesson and be on a high from successfully accomplishing the challenges of the given lesson.

She would be questioning me about how this felt on my horse Easy Street, how did you get him to do that, etc., etc. all the way home. Because she cared. All I wanted was for her to drive and leave me in peace and quiet on the trip home so that I could ride my high and digest what we had accomplished.

I never did any drugs or anything like that so this was my high and I wanted it to myself. Be quiet mom! I was a teenager. 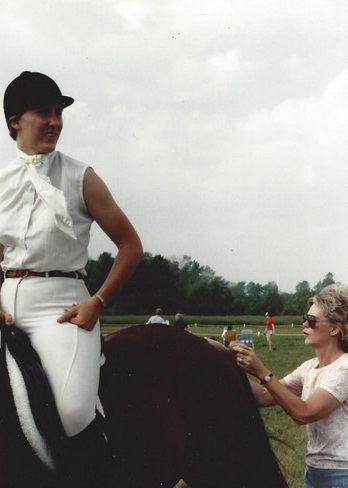 My dad would come to some of my competitions, more likely he’d show up at a soccer game I was in or something less time involved. He had to take care of my brothers while mom was off with me. I was competing at Radnor Three Day and we had the 10 minute box all planned out.

Dad’s job was to walk Easy and keep him calm and happy. With two minutes left I was to jog him again. No Dad, no Easy. Where the heck is my horse? Gone!

Well, he had taken us literally and found a quiet place to walk the horse, the finish of cross country area where there were very few horses and it was peaceful. We were able to get all the gear back on him and jog and get out of the start box on time but I was not as peaceful as Easy got to be!

We had a great round and all is good but we learned to be very clear with directions in the future! Another time it was dad’s turn to take me to an event in New Hampshire, Fox Brush Farm.

We got up there and I had forgotten my helmet. I don’t know why we couldn’t find one to borrow or how we got in touch with mom but she drove all the way up, handed me my helmet and left. It was her weekend off and look what she did for me. 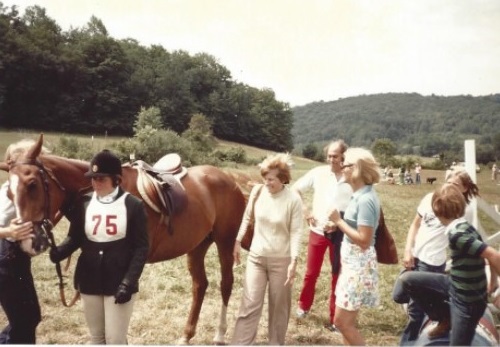 My parents instilled in me the confidence to do ANYTHING I wanted. Anything. They let me know I am smart, capable of great things, inspired, intelligent, filled with common sense and even if I am not the best at any given thing, if I give it my best and someone beats me, or knows more than I, they are more educated and had a great day and that’s wonderful for them.

I’ll keep trying. It took me until I was in my late 30s or early 40s when I finally had an epiphany about mom. I was at the Grass Ridge event in southern Arizona. I learned to vocalize worries and concerns that I had previously kept to myself, such as how terrifying a particular jump may be.

She could send me crazy asking those questions. This time I looked at her. I really looked at her from the back of my horse and I experienced satori (sudden enlightenment)! She was pale, she was concerned, she was worried. I had said the course was big.

I wasn’t worried at this point, I was on my wonder horse and knew we’d be fine but I had said something about the jumps. Not that this is the first time she’s ever been worried — we used to kid around that we should give talks to Pony Clubs around the country about how to deal with nerves before and during events — that’s for sure, but I saw it from outside of me.

Outside of my ego and my worries and my concerns, I saw mom. She was worried because she LOVES ME! She just wants me to come home safe and sound. I looked at her and I said “Mom, I’m okay.” “Really?” “Yes, and we’ll be fine out there.” “Really?” “Yes, mom, we’ll be great.” 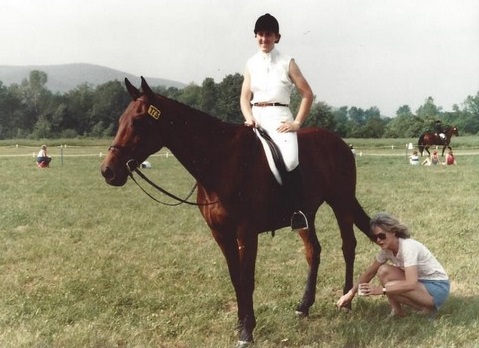 And with that, her face lightened. She asked if I needed anything and I said no. And she said then, “If it’s okay with you, I’ll head down to the water jump and watch you from there with dad.” I said that would be great and I”d see her after we finished.

My relationship with her changed that day forever. We became best friends and although I don’t think she got to see any more events, every time we got together and on phone calls in between, we were bonded so closely it was incredible.

I only wish I was able to grow up and see that she drove me crazy, insane crazy, for all those years ONLY because she loves me. No other reason. She loves me and that was her way of showing it. She was doing the best, as a human being, that she could, to show support, love, care and more love.

I wish I figured it out sooner, but better late than never and I’ll cherish the relationship we had forevermore. So, thank you, Eventing Nation, for inspiring me to write about the awesomeness of parents and love and horses. Go moms, go dads and cheer on the support teams that make us who we are everyday.

Eventing Nation loves sharing reader submissions. Have a story to tell? Email it to [email protected]