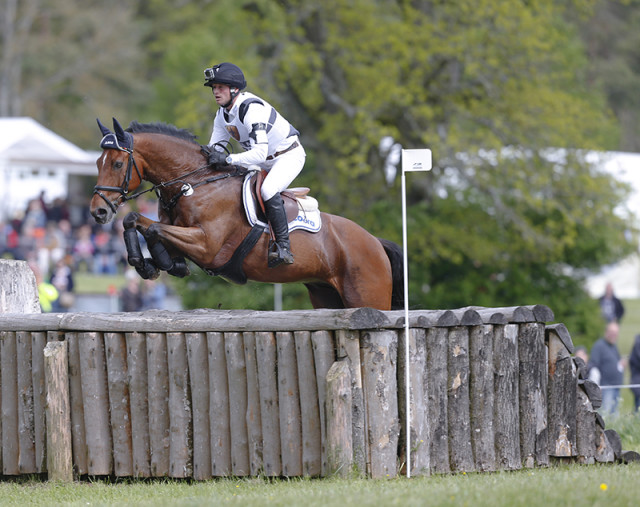 After the success of our Rolex By the Numbers series in Kentucky, the chinchillas are diligently at work compiling loads of statistics to make you number nerds jump for joy. But in the meantime, the FEI released a great overview of the field to whet your appetite.

As we discussed when definite entries were released last week, 97 horses and riders from 28 nations will compete, which breaks the previous record of 80 combinations and 24 nations set at the 2010 Games in Lexington. A total of 16 teams will battle it out for the podium.

Three of those riders already have a World Championship title to their name. French team stalwart Jean Teulere clinched individual gold at the 2002 Jerez Games with Espoir de la Mare, Zara Phillips stood atop the podium with Toytown at Aachen in 2006, and Michael Jung and Sam are the defending champions after winning in 2010 in Lexington.

The Kiwi and British teams boast dual team gold medallists, as Mark Todd won team gold for New Zealand in 1990 and again in 1998, while Tina Cook accomplished the same feat for Great Britain in 1994 and 2010.

Two riders have the honor of competing at all six of the previous World Equestrian Games, New Zealand’s Andrew Nicholson and Team USA’s own Phillip Dutton. And to one-up that stat, Phillip has competed at every major championship for Australia and the U.S. for the past 20 years.

Hop and Skip also competed at the 2010 Games, but with a different rider in Kenki Sato of Japan. The horse now will represent Germany with Dirk Schrade; and, as a side note, Hop and Skip has also since been gelded.

This year’s WEG eventing field has some interesting family roots, as Tim and Jonelle Price will both ride for New Zealand — the first time a married couple has even ridden on a Kiwi eventing team — and brothers Felix and Ben Vogg will both ride for Switzerland.

And in keeping with the family theme, four children of former WEG medallists are also slated to compete. Of course, we know Buck Davidson’s father Bruce was World Champion in 1974 and 1978 during the golden era of U.S. eventing. Sam Watson is the son of John Watson, who won individual silver in 1978.

While the Kiwi squad doesn’t have any children of past winners, the team is stacked with three CCI4* winners in Andrew Nicholson and Nereo, who won Pau in 2010; Jock Paget and Clifton Promise, who won Badminton in 2013; and Tim Price and Wesko, who won Luhmühlen this year.

Though it’s been 36 years since Mark Todd, now 58, rode in his first championship for New Zealand, he’s not the oldest rider in the field, as Jean Teulere of France takes that honor at 60 years of age.

Last but not least, 50,000 spectators are expected for cross-country day at Haras du Pin, hoping to catch a glimpse of Michael Jung’s attempt at winning his sixth gold medal with Sam.

Buckle up, EN. It’s going to be a wild ride!