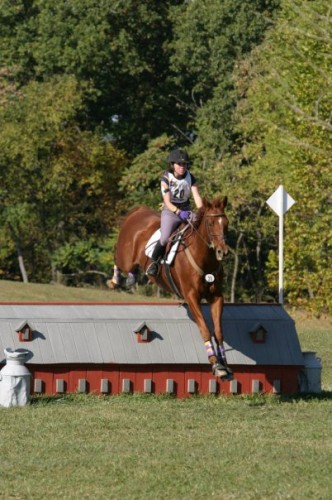 Sarah Huebner and the amazing Newsbeat!

It’s hard to know where to begin. I don’t know how many event riders have sat on, owned, leased or borrowed a horse that changed their riding careers. I don’t know how I got so incredibly lucky, but I have a story to tell about two amazing horses. Even though I didn’t own either horse, and even though I only competed each horse for one competition season, both these horses changed my life, and for that I am forever grateful.

It all began in 2009. It was my third summer at Tamarack Hill Farm, and one of the working students from Colorado had returned for another summer of fun. Sarah Huebner and I quickly became friends, and before I knew it, she had offered me her 18-year-old Thoroughbred gelding Newbeat, better known as Duke. Sarah had competed Duke through Intermediate and had learned everything she could possibly learn from him and knew it was time for him to teach someone else. That someone else was me, and I could not have been more excited! 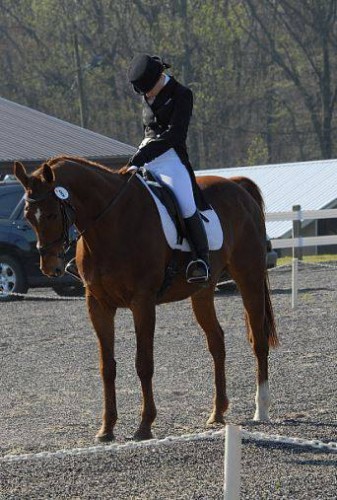 More of the Super Duke!

Truth be told, the first time I got on Duke and attempted some flat work, I was a little concerned. He was slightly unorthodox in some ways, and I could barely get him on the bit. How the hell am I going to ride this horse? Duke had had some time off and needed to get fit and in the groove again. It didn’t take long before we were on the same page. Denny and Sarah helped me a ton and encouraged me all along the way. Duke was unbelievable to jump — pretty much point and fire away. He knew his job and was such a great teacher. If you messed up and buried him into a large oxer, he would try his heart out, but if you kept riding him poorly jump after jump, he would eventually run out. When rode correctly, he did whatever you wanted.

I only was able to take him to two events that summer. I’ll never forget when I went into dressage at GMHA and nailed it. Went it show jumping and nailed it. I found out I was in second place after show jumping, and cross country was the next day. I went clean on cross country and stayed in second place place. I had never experienced this kind of horse on cross country. He knew what his job was, and he was a cross-country machine. That fall, the amazing TB went south with Sarah. He was briefly leased to another young event rider and unfortunately has now passed away. His memory still lives on. That was most certainly a once-in-a-lifetime horse. Ask Sarah, ask me or ask anyone who saw him. 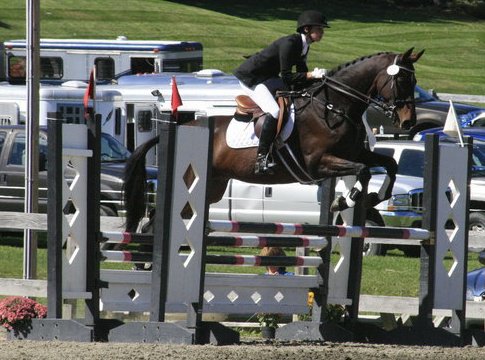 Then there was the summer of 2010 with Loftus Fox, Denny’s imported Irish Sport Horse gelding that had competed (very successfully) through Prelim. One summer afternoon, I remember Denny asked me if I wanted to start hacking Lofty. I of course said YES! Weeks later, Denny asked if I wanted to start doing some flatwork on him? My answer … YES! Again, some weeks passed by, and he asked if I wanted to jump Lofty. My answer … ARE YOU SERIOUS? HELL YEAH! I jumped Lofty and felt as though I was on cloud nine. What a great horse and teacher. Shortly after I started jumping him, I entered a couple events. Same deal as with Duke. I took Lofty to Huntington and actually won. I remember standing outside the show jumping ring with a friend, and she asked me, “How the hell did you get the ride on Lofty?” I said, “I have no idea, but this horse is seriously amazing.”

I took Lofty to GMHA in August at Training Level and was second. He was unbelievable, and I thought how often does a girl get to ride a horse like Duke one summer, and then a horse like Lofty the next summer? I had never sat on a more schooled horse in my life. Lofty was always enthusiastic about working and always tried really hard. Lofty unfortunately is not with us anymore, but he was one special horse. He really had it all. He was a lovely mover; he was scopey and careful in show jumping; and he was also a cross-country machine. He wanted to jump, and he was really good at it. What an amazing and unforgettable horse! 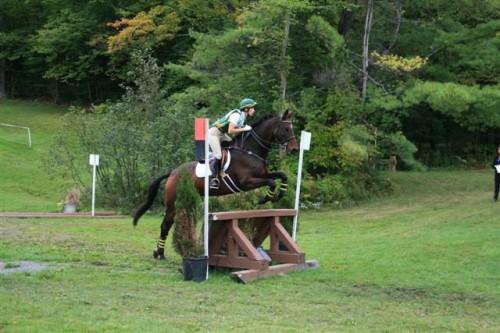 Lofty over the skinny GMHA 2010

To Sarah Huebner and Denny Emerson, thank you so much. Both these horses taught me more than you will ever know. I am one lucky girl and will never let go of these memories and lessons learned.