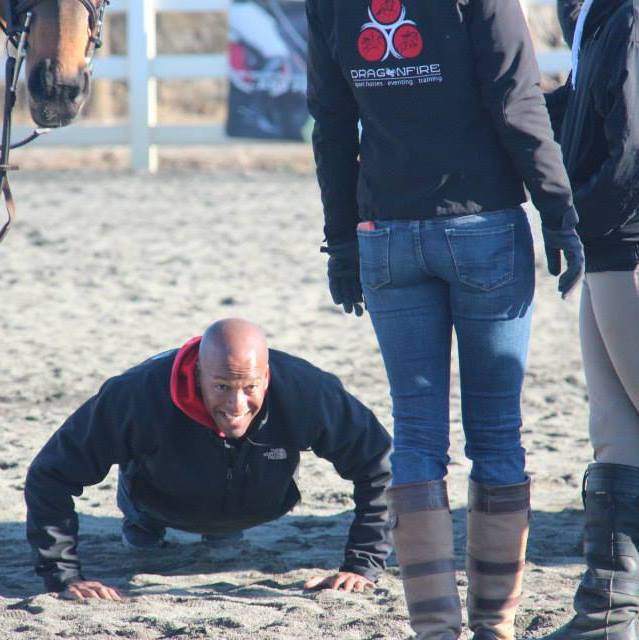 We’ve all heard the numerous lists of signs that you’re dating an eventer. But what about those long suffering significant others? There are a precious few significant others that are just the right combination of supportive and sane. I’d like to propose a toast to these poor souls who got dragged into our crazy world so willingly, and in honor of these wonderful people here is a list of tell tale signs that your significant other is a keeper.

1. While they may put your horse’s bridle on backwards, they never stop trying.

The first time I tried to show my boyfriend how to tack up a horse, I skipped over the bridle because I knew that was the most complicated thing for a newcomer to learn. I remember my first attempts at putting on a bridle solo, and I try to block those clumsy memories from my head so I thought I’d stick with the saddle to begin with. Bless his heart, the first time he tried to do it on his own he had a look of sheer embarrassment on his face as he showed me the finished product, complete with misplaced buckles and the bit hanging beneath my horse’s chin. I gave him an A for effort, though, and he still insists on trying so that he can perfect his skills.

2. They try to relate things that they are knowledgeable about to your horse adventures.

My boyfriend knows a lot about motorcycles and dirt bikes, among other things. So the first time he showed me a motocross video, he likened the riders’ positions to that of a cross country rider. As I watched the video, I couldn’t help but notice that he was exactly right and that watching motocross was a lot like watching a cross country round, except that there was a dirt bike and a bunch of other riders trying to bump you out of position at every turn. The efforts that these significant others make to draw parallels between our world and theirs is quite commendable, even if they think that you want to see every picture of every horse ever made. Ok, maybe we really do, but that’s beside the point.

3. They put in face time at your events and lessons.

Let’s face it, a huge benefit of having a willing significant other is the potential for a free groom. I’ve lost count of how many times I’ve loaded up an unwitting boyfriend with buckets, rags, boot polish, sweat scrapers, and a million other items and sent him on his way to the in gate while I do my warm up. Bonus points if they can provide some humor in your most nervous moments too. At a recent clinic at Dragonfire Farm with Hawley Bennett, super-husband Gamal Awad provided routine entertainment ranging from photo bombs to push up drills throughout the day, making the atmosphere even more relaxed and inviting. Major thumbs up, Gamal!

4. They turn a blind eye when your favorite horse movie comes on TV.

iPads are the best invention for significant other distraction while there is a horse related movie on TV. While you’re nestled on the couch watching marathons of Spirit and The Horse in the Gray Flannel Suit, they happily browse the web and play video games while smiling and nodding at your running commentary. “Yes, she is totally holding the reins the wrong way,” or “Wow, Spirit really jumped that canyon?” are all acceptable things to say during such times.

5. They always have your back.

If you have an off day in the tack, you know that they will be there with a glass of wine and a listening ear. Barn gossip, commentary on the latest High Performance training list, or analysis of your Rolex shopping list are all on the table when discussion time comes. While they may not know the difference between jumping boots and bit keepers, they are still somehow able to feign interest as you agonize over what saddle pad will best match your cross country colors. If you had an unlucky stop on cross country or a rail dropped in stadium, they are ready for you with a pat on the back and an encouraging word to help you think positively.

Equestrian significant others are some of the hardest to find, as if dating isn’t difficult enough. I’ve always been quite vocal about my equestrian world when I first meet someone so that they can consider it fair warning for what they are getting themselves into. If they don’t go running for the hills at the first mention of half halts or the first whiff of manure, then I consider them well on their way to being a keeper. Let’s take a moment and thank those who keep us going through the ups and downs of the horse world. What about you, EN? What would you add to our list?