We are pleased to introduce our new breeding columnist, Amanda Chance! Amanda Chance is an amateur eventer working the corporate 9-5 also working as a bloodstock advisor for Willow Tree Warmbloods (Midland, TX/Ocala, FL). Amanda has an OTTB, Henry, that has competed to the Preliminary level, a second generation homebred warmblood by Mighty Magic named Presto, and a Thoroughbred mare named Gemma. She has written mostly on her blog BreedRideEvent, as well as for U.S. Eventing magazine. Amanda is an eventing fan, competitor, and very interested (and perhaps overly enthusiastic) about breeding event horses in the USA. She’ll be joining EN to promote U.S. breeding and take some deep dives into sporthorse lines.

We’ve all heard the saying “love comes in all shapes and sizes”, and the same can also be said of event horses. Short, tall, lean, stout, warmblood, Thoroughbred, pony, spicy, lazy, fancy, plain – you name it, someone is out there eventing it and having a blast in the process. That’s one of the things that makes our sport so fun and inclusive… everyone can ride, breed, buy, own and love whatever type of horse they prefer and still find success in our sport.

On Valentine’s Day, the holiday of love and romance (and of course chocolate, hopefully), we couldn’t think of any better way to celebrate than by showcasing three very different but equally successful breeding stallions that are currently out there competing at U.S. events. These stallions are all very different shapes, sizes, and breeding, but are also all successful eventers.

If you have a special mare looking for a baby daddy, are thinking about taking on the adventure of buying a foal or young horse, or if you just plain enjoy looking at a handsome horse, you’ve come to the right place. Love is definitely in the air here today! Any of these three boys could be your (or your mare’s) Valentine this year. Coincidence that they’re all chocolate colored? Um… no. Definitely not. 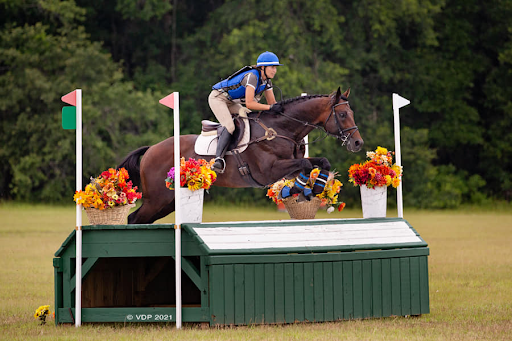 The first chocolate to unwrap is a full Thoroughbred stallion named Saketini, by Bernardini (AP Indy x Mr Prospector) out of Mining My Business (Mining x Believe It). Despite being a race sire himself, Bernardini has also proven quite capable of siring good event horses too, having produced 4*L horses Humble Glory and Global Victory. Saketini is yet another successful event horse in the family, having competed so far through the I/P level with owner/rider AJ Dyer. While Saketini is obviously easy on they eyes, according to Dyer the best part about him is his easy going nature and rideability.

“Personality-wise, he’s very kind and smart, dignified and classy. He loves going to horse shows, schooling, anywhere. He seems to like being a show horse and leaving stallion responsibilities at home, which makes him a joy to compete. Under saddle he’s very rideable and straightforward. He’s careful over fences, and really easy to adjust to any distance. Beyond ‘work’ he is a lovely horse to hack out, he loves trail riding and won’t flinch at traffic. He’s quiet and trustworthy, making him a good guest horse. I’ve even ponied his yearling sons off him, prepping them for FEH Championships.”. Having a full blood stallion like Saketini, with a great thoroughbred type and good sporthorse bloodlines – especially one that is proven in sport himself – make him a fantastic asset for U.S. eventing breeders. 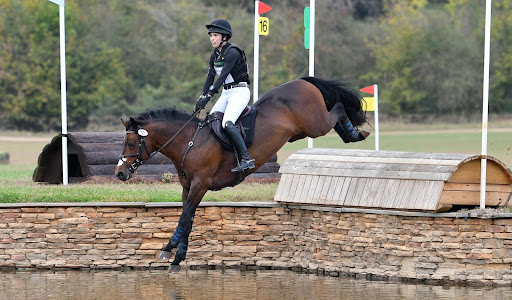 Next up we’ve got a fun-size chocolate, because we all know that sometimes the best things come in the smallest packages. Coud’Poker Tartifume, better known as Cooper, is a Connemara stallion by Westside Mirah II out of Quitus de la Loue (by Dexter Leam Pondi) that was originally bred in France. Both his sire and damsire were known for producing excellent pony jumpers successful through the 1.30m level.

Cooper definitely inherited those jumping genes, and despite being relatively pint-sized at 14.2, Cooper is an absolute powerhouse on the cross country course, having competed through the Preliminary level with owner/rider Donna Miller and eating up courses that are definitely bigger than he is.

To go along with his sportscar exterior, Donna says, “Cooper is a very kind, big-hearted pony. He always tries his hardest and is very confident in himself. He is so easy that he tends to be the babysitter for our other horses and has been known to make long trips just to keep others company. Cooper’s favorite thing is to follow you around his stall until you let him put his head in your chest so you can scratch and rub his face, head, and ears. Once he has you there, it is very hard to leave or finish what you went in there for!”. Big time athleticism in a smaller package, topped off with a stellar temperament make Cooper a perfect choice for breeding event horses for all types of riders. 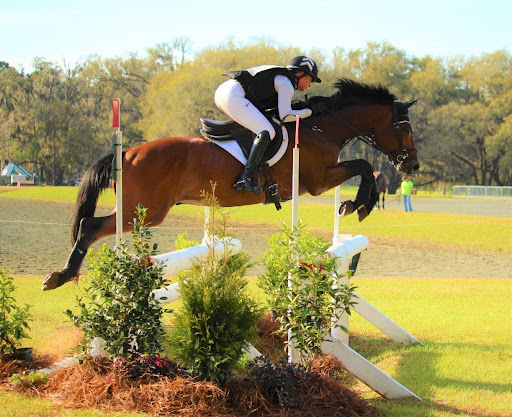 Last but not least to round out our little variety pack we’ve got the German chocolate, er… Trakehner, Isselhook’s First Sight TSF (by Lissow out of Funflinden, by Hibiskus) better known as Goody in the barn. Born and raised in Germany, Goody was the 5yr old Bundeschampion and then went on to finish in the top 10 at the Eventing World Championships at Le Lion D’Angers as a six year old with Sophie Leube.

Goody was imported to the U.S. in 2020 and is now owned by Janine Hill and ridden by Alex Green-Kerby, so far competing through the 3* level. I guess you could say that their partnership has gotten off to a pretty good start, as Goody was also named the 2021 USEA Stallion of the Year.

In addition to being a superb and very promising young event horse, Goody has also made himself a reputation for his kind temperament and quiet demeanor, trailering and competing side by side with mares with no fuss. While most of the horses in his pedigree have been known largely for their aptitude in dressage, Goody has certainly displayed plenty of talent for eventing, and according to Alex has heart to spare on the cross country course. His Trakehner lines are particularly hard to come by, which makes it even more exciting to have him available for breeding here in the U.S..

I think it’s safe to say that love does indeed come in all shapes and sizes, especially when you love event horses. Happy Valentine’s Day!