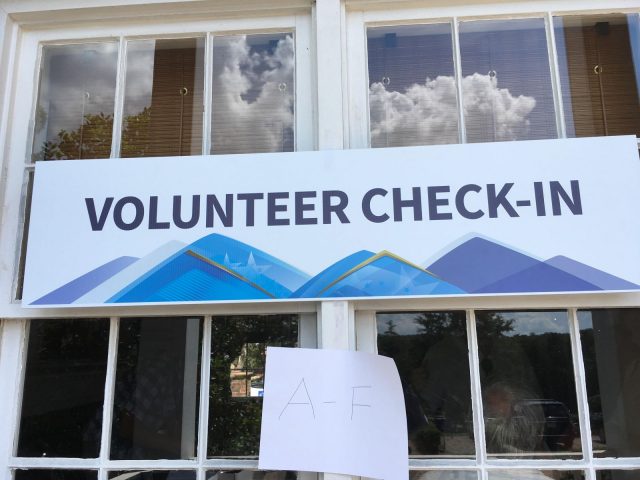 Math teacher: “How about a volunteer to solve for x. Can I have a volunteer? Anyone? No one?” No one. “Hey, wake up, don’t make me volun-tell you.”

Solve for WEG and you get 1,700 volunteers for one of the largest sporting events on the planet. That’s close to double the number of world-class WEG horses. I learned this during Saturday’s orientation as I sat next to a retiree from the Swiss Alps who had just flown in to prepare for her volunteer cross country jump judge shift. She had just come from the same gig at Burghley. On the other side of me sat a Swedish transplant who moved to Tryon four years ago.

I assumed the cross country fence judge positions would be the most coveted. Based on this week’s weather forecast, all the jobs will be hot, but it turns out that WEG Mascot Groom is the hottest of all: “Groom for two mini ponies. Must be able to muck out, brush, dress and properly
handle rescue mini ponies.” 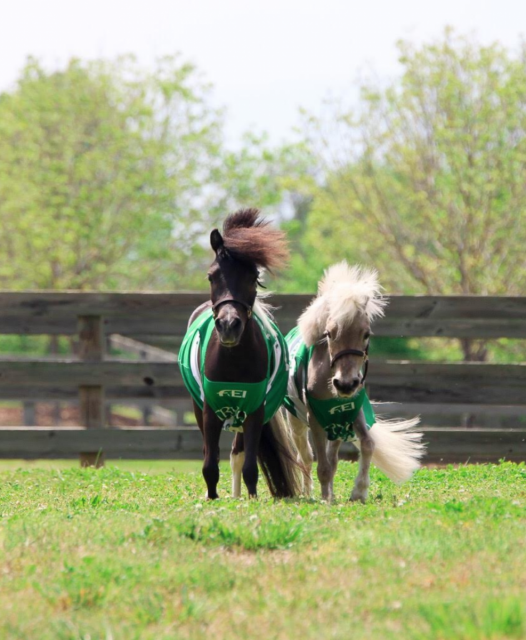 Mascot Groom was harder to get than tickets to Springsteen on Broadway, but there are still volunteer positions open. Check out the WEG Volunteer Portal for more information and to sign up. If nothing else you’ll be amazed at the variety of roles, from Flash Quote Reporter to Airport Liaison to Usher.

The swag is free and the official shirt is made of top-notch material with a super design. Lucky for me, the gorgeous royal blue is a favorite cross-country shirt color. The lanyard for the volunteer pass is international: a Middle Eastern media sponsor is identified in both English and (I think) Arabic. 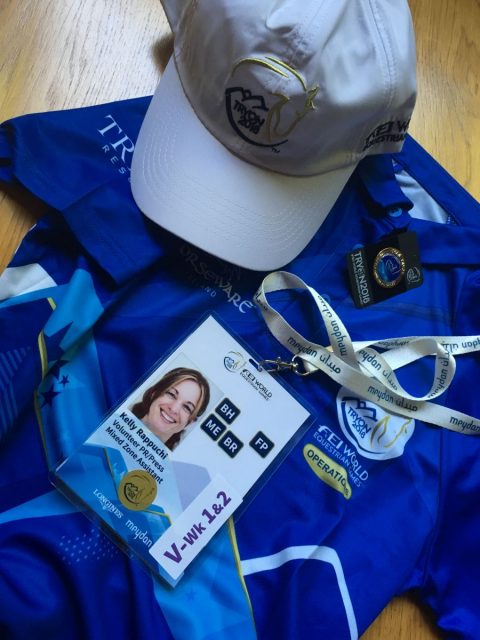 We eventers are good about thanking volunteers. Here at the Games, ask where they’re from and I bet you’ll be chatting it up with interest.