Anna Billings and Ain’t Misbehavin’ are representing Area I this week at the North American Junior and Young Rider Championships and will be blogging about the adventure. For more updates the Area 1 Team, follow them on Instagram at @teamannieeventing and @area1yrteam.

When something has been hypothetical for so long, it’s hard to start viewing it as a reality. This has been my experience with NAJYRC.

When a 12-year-old me heard about Young Riders from a family friend, I immediately knew it was something I had to do. And so the dream began. After three years, when it became evident that my horse at the time was not going to be a Young Riders mount, planning began in earnest. My next and current, horse, Ain’t Misbehavin’ or Ruby, was leased with the goal of NAJYRC in mind. Once I had her in the barn the planning started in earnest. 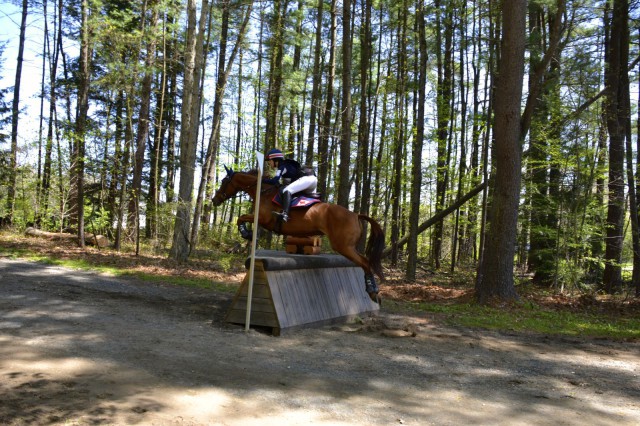 Ruby and I at our first Prelim

We set a hard schedule for ourselves. In just under a year, I went from never having successfully completed a Training to placing fifth at my first Prelim. While dressage was not our finest moment and we had our issues in show jumping, we rocked around cross-country finishing only a few seconds over optimum time.

We ran four more Prelims after that, running around the biggest tracks in Area 1, from Groton House to Fitch’s Corner and Millbrook. My tiny little freight train of a horse showed me the ropes, and I could not have asked for a better teacher.

Just a year and a half after bringing her home, Ruby and I cleared the last fence in the show jumping at the fall Virginia Horse Trials CCI* with a (just barely) qualifying score. Crossing those finish flags was the most satisfying feeling in the world. The excitement was exhilarating, but even more overwhelming was the relief. I had done it; I had qualified. I may have cried a little walking back to the barn. But qualifying is not a guarantee that you will go to NAJYRC. And so we waited. 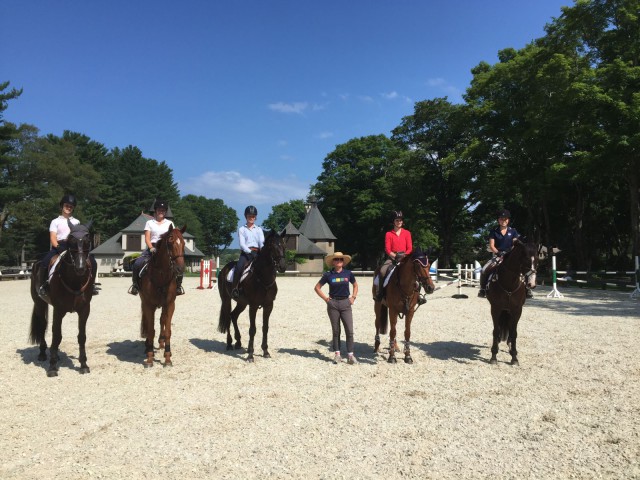 Preparation really began in June with the first team training sessions with our team coach, Mikki Kuchta. But even spending two days with Mikki and the four other Area 1 team members did not make NAJYRC feel like a reality. Neither did scrambling to find sponsors (a huge thank you to GGT Footing, Shires Equestrian Products, Equi In Style, Strafford Saddlery and Town Hill Farm for their generous support), and fundraising.

I kept waiting for it to hit me — for that sudden realization that I was really going to Young Riders. But as I counted down to Kentucky in jump schools, gallops, days and hours, it never did.

After five years of dreaming, two years of planning and eight months of waiting, it’s finally happening. I have not just qualified or made the team. I’m finally physically going to Kentucky. Ruby is on her way, and I am trying (and failing) to pack my own equipment as I type this. Yet, I don’t feel any different. It still does not seem real. Maybe it never will.

But I can say this: When Ruby and I trot down centerline at the Kentucky Horse Park on Friday, that same little 12-year-old girl will be grinning from ear to ear.