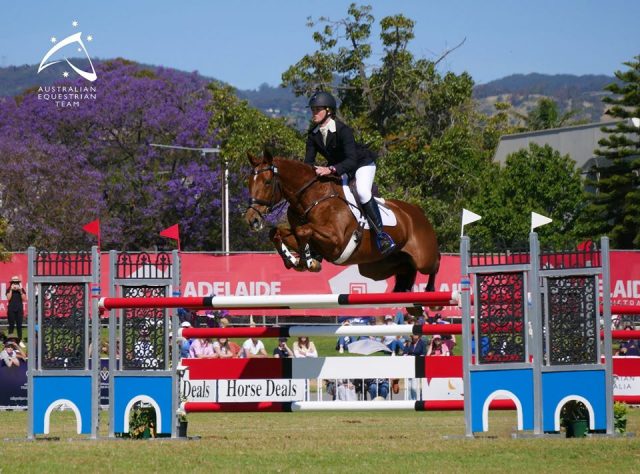 It’s official: Hazel Shannon and Willingapark Clifford are the first combination to earn three CCI5* wins at the Australian International Three-Day Event. Their achievement permits their entry into an elite five-member club of horses who are triple winners at the same venue, a club that includes the likes of Avebury and Winsome Adante.

A scattering of rails through the division muddled the standings considerably, all while giving Hazel three poles worth of breathing room with Terrance Snow’s 14-year-old Thoroughbred. She ultimately used eight penalties worth of that with two rails failing, but still secured in her win on 38.7 penalties.

“Us competitors are always striving to be better, I would have like to have had a clear round today but that didn’t happen so I will be going home to work on that next. So much work has gone into this for years, so it is nice for it to pay off,” Hazel said, admitting that she was shocked to have won. 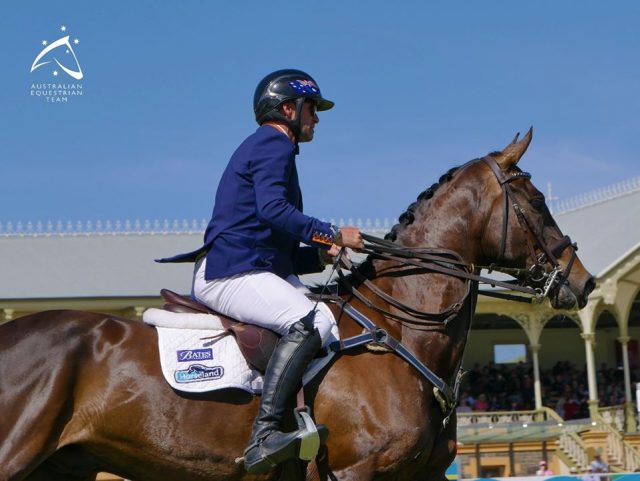 A one pole round moved Stuart Tinney from fourth to first with five-star first-timer Leporis, an 8-year-old Holsteiner (Lasino x Miss Danny, by Heraldik) owned by Stuart and Karen Tinney, on a score of 45.9.

“He is just such a sweet personality, it was tough for him all week but he knuckled in and gave me his all and he is a super horse,” he said. 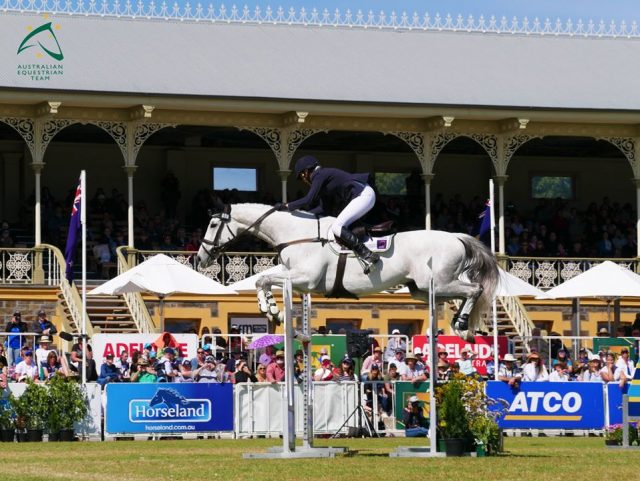 Hailing from Western Australia, Lauren Browne and her own Sky’s Da Limit 12-year-old Thoroughbred (Hurricane Sky x Our Cutey, by Carry A Smile) saw two fences fall with an additional 0.4 time penalties for a final result of 47.4 to finish in third place.

Amanda Pottinger and Just Kidding dropped from second to fourth with three rails down for a score of 48.1. Hamish Cargill earned third aboard Legolas KPH on a result of 54.9.

Thats a wrap. Highlights of our final day of action, what a day of jumping. Thank you to everyone who came out to support the athletes over the last 3 days. 🎥 by @this_esme #mmaus3de #adelaide #eventing