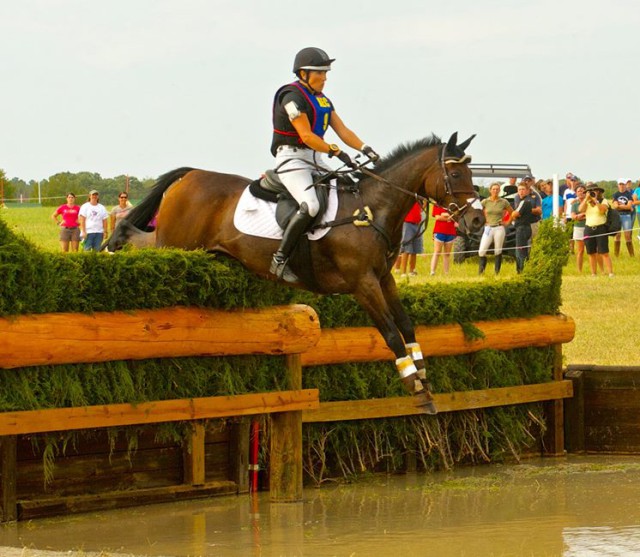 The American Eventing Championships are rapidly approaching, and that means another exciting finale of the Adequan USEA Gold Cup at the beautiful Texas Rose Horse Park. Some of the country’s best horses and riders will converge in Tyler to duke it out for some of the biggest purses seen all year in the U.S.

The Adequan USEA Gold Cup is the richest division at the American Eventing Championships, boasting a $40,000 prize up for grabs. Last year, Laine Ashker and Anthony Patch were the first winners of this generous purse, provided entirely by sponsor funds and not membership dues.

How exactly does a combination qualify for the Gold Cup final at the AECs? Complete one of the Gold Cup series events with no more than 20 penalties on cross country, and you’re qualified for the Championship. There are a total of 11 events in the current qualifying period:

Nine of these qualifiers are CIC3* divisions, and there are several reasons why the USEA decided to go that route. Jo Whitehouse, CEO of the USEA, said that in many cases when an event runs both Advanced and CIC3* divisions, the entries for Advanced are either so low or so high that the organizers elect to split the division into multiple sections.

“We aimed for a lot of CIC divisions because we knew that most people riding at Advanced would likely do a CIC at some point during the year,” Jo said. “There would be some events in the past where we would use the Advanced division, and the division would be split up, and it was very difficult to have to choose a section to sponsor.”

Prior to the 2013 season, the USEA used a points scale to determine which events were included on the Gold Cup tour. “This idea worked well until 2009, when PRO began their PRO Tour series,” Jo said. “It then became more complicated to figure out who was sponsoring what division, and then some riders were unable to qualify for the Gold Cup due to competing in a different division.” 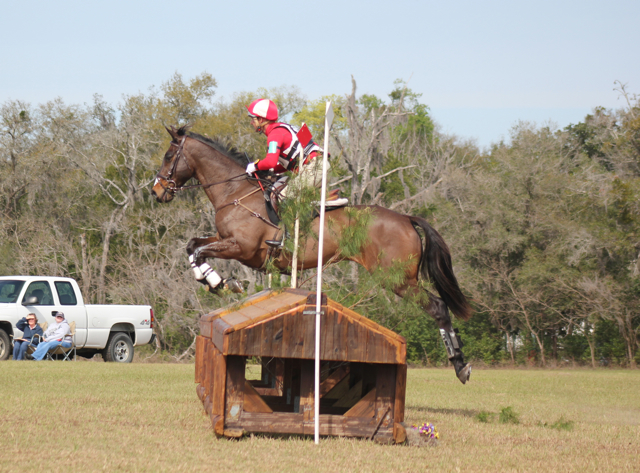 After a board meeting in which Jon Holling and Leslie Law pitched ideas to overhaul the tour, the USEA decided to approach the supporting sponsors and PRO about turning the Gold Cup into a qualifier series. “Essentially, we wanted to combine all of the prize money and offer it up at the Championship,” Jo said. “It really made the tour meaningful and gave the riders something to work towards throughout their season.”

A question has arisen recently, however, on the qualifications of a horse even if it did not complete a qualifier for the Gold Cup, as Joe Meyer had been planning on bringing his upper-level partner, Sanskrit, to Texas since the beginning of the season to run the Advanced division.

Sanskrit is a seasoned Advanced competitor, having completed numerous CIC3* events in Europe as well as Advanced events here in the U.S. since Joe relocated to Ocala. Joe has had Sanskrit out at the Advanced level this season, but was slowed down when he broke his pelvis this spring. The injury derailed the majority of his spring and summer season, and he found he was unable to complete one of the designated qualifying events in order to compete in the Gold Cup final.

Upon submitting a request for a waiver based on both horse and rider experience to the USEA, Joe was denied and will now be riding in the Intermediate division with Sanskrit. “I knew the Advanced entries last year were a bit low,” Joe said. “So I thought perhaps they would allow a horse with a good record to compete. Similar to the British Open Championships at Gatcombe, I feel the qualification standards should be a bit more open, allowing good horses and riders to compete based on their prior results.”

Qualifications for British Open Championship, via the BE Rule Book.

Joe still has plans to make the trip to Texas and compete for the $15,000 prize in the Intermediate division, although it is not his ideal situation. “I want to go and support the AECs in Texas; I have friends and clients there, and I want to support it. I am so thankful that Adequan has taken on such a big role in the sport; I don’t want anything to take away from that,” Joe said. “I am perhaps a bit embarrassed, but who’s to say I won’t catch a fall at the second fence? It’s still going to be a challenge and a competition, and I still plan to do everything the best I can.”

“We can’t set a precedent of changing our qualification criteria mid-season,” Jo said. “If we were to open up that avenue, it would create more confusion and conflict by creating the opportunity for other special circumstances to come forward. We would love to have everyone who wanted to compete enter, but we have to make it meaningful to the riders and support the rest of the Gold Cup events since they are so instrumental to the whole idea.” 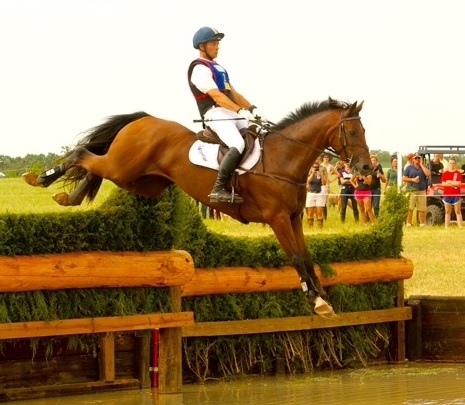 Jon Holling and Zatopek B at the AECs in 2013. Photo by Liz Hall.

Jon Holling, who is active in numerous USEA leadership roles, believes the system in place now works well for those riders who want a shot at the Gold Cup final. “In my opinion, you can’t change the qualifying criteria partway through the season,” he said. “If the system needs to be tweaked, then we’ll take a look at it. But at some point, the USEA has to say ‘this is our criteria, and this how you get it done.’ It’s important to have some consistency.”

The current qualifier system also has many other benefits for both the designated events as well as the sponsors who support the series. “Each event receives a check from the USEA for $1,500 when it has a Gold Cup division,” Jo said. “Most of them turn around and put that money into prize money. In addition, we send a staff member to each Gold Cup event so that the coverage is there and the sponsors are getting the exposure. We hang banners and do a lot to ensure that we are fulfilling our contractual agreements with the sponsors.”

We want you to weigh in, EN! What are your thoughts on the qualification process for the Gold Cup final? Should the USEA stick to the current qualification system that relies heavily on CIC3* divisions? Should a waiver be allowed for seasoned pairs like Joe and Sanskrit a la the British Eventing Open Championships? Leave a comment below.