The Adult Rider Open Forum is one of my favorites of the USEA Annual Meeting and Convention, and they met this morning at the Omni Shoreham Hotel and Resort in Washington, D.C. to review and discuss the AR community activities in each Area. If you aren’t already a member of this dynamic, enthusiastic group, read on to see what the Adult Riders have been up to and then join when you renew your USEA membership or click here!

Area I, Coordinator Suzanne Adams
Among the goals of Area I in 2015 was to increase educational opportunities and offer fun activities and prizes like team challenges and high score awards. They hosted a “stress less competition clinic” with Area I upper-level rider and clinical psychologist Andrea Waldo as well as a trailer safety clinic. They hosted multiple team challenges, offered low score awards at seven events, enjoyed socials at GMHA and Riga Meadow, and even offered a Wine Award! Membership grew with each event.

Area II, Coordinator Donna Bottner
Area II hosted several adult team challenges at Area events and is one of multiple AR programs finding Facebook to be an excellent communication tool. Membership is on the rise. They hosted an Area II AR Summer Camp with Carol Kozlowski at Penmerryl Farm that was a huge success and excellent education and socializing opportunity. This clinic is heavily subsidized by the Area II Adult Rider fund for paid members. Carol was also the coach at the Area II Adult Rider Team Challenge at the Virginia Horse Trials in October, where riders who participated received embroidered jackets and enjoyed a pizza social. In 2016, Area II wants to open up the VAHT team challenge to Adult Riders in other Areas.

Area III, Coordinator Robin Bass
Area III AR membership continues to grow and they pick up new members through programs like clinics and team competitions. The January clinic at Rocking Horse in Florida is very popular and some stayed in the area this year to compete in the competition the following weekend. Chattahoochee Hills and Rocking Horse both hosted team challenges. Participants received a dressage saddle pad and first through third place teams at Rocking Horse got dollar credits towards future events. The next team challenge will be in April. 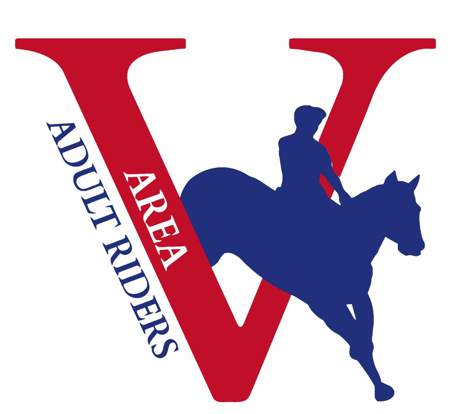 Area V, Co-Coordinators Risa Bliss and Brandy Savarese
Risa and Brandy said they have really benefited from having co-coordinators to share in the duties, and they encourage others coordinators to follow suit. Area V has a new logo designed by Stephanie Peck, which they received through a contest for AR members. A new AR webpage, Google Group and Facebook page was also created resulting in improved communication across the program. Area V supported the Adult Team Championships at the AEC and hosted a well-attended social during the event at the Texas Rose Horse Park. Four of this year’s AEC/ATC Area V Champions were members of the AR program. There were two AR camps, one with Lesley Law and one with Carsten Meyer, both of which operated within budget and resulted in new memberships. Also, $1,500 was given to Area instructors pursuing ICP certification through the Cindy Burge Memorial Grant.

Area VI, Coordinator Dawn Robbins
They hosted two camps, supported two clinics (Mark Todd and Clayton Fredericks) and organized the most successful regional team challenge that they’ve had, with 30 teams participating at Twin Rivers. Several sponsors including Devoucoux and Auburn Labs provided prizes to go with the embroidered coolers and championship ribbons given by the AR program. The camps were one of the best methods of attracting new riders to the program. Area VI sponsors three adult amateur awards for FEI one-star events and offer special awards for Best Conditioned and Best Turned Out at the Galway Downs Training Three-Day. 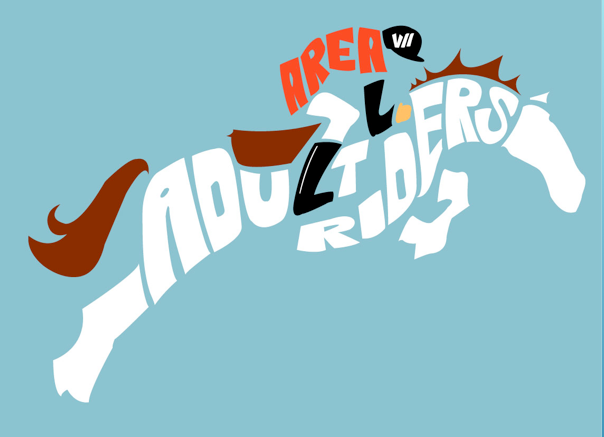 Area VII has a pretty amazing logo, too!

Area VII, Maggie Rikard
Area VII saw a 10% increase in AR membership. Funds raised through an annual calendar and a “ride and review” derby clinic helped offset the costs of educational activities for members. They had a team challenge at the Inavale Horse Trials and sent teams to the challenge in Area VI as well. At every Area event, $50 gift certificates from Gallops Saddlery were given out to high point members at all levels. The socials are very popular and members take turns hosting.

Area VIII, Coordinator Shannon Risner
Area VIII offers socials and pizza parties at multiple Area horse trials. They hosted three clinics this year with local ICP trainers Diana Rich, Nadeem Noon and Robin Walker. Five AR teams from Beginner Novice through Preliminary competed in the Hagyard Team Challenge at the Kentucky Horse Park, and it was a special treat that Buck Davidson was assigned to one of the Training teams.

Area IX, Coordinator Greg Smith
The Area IX Adult Riders sponsored a Daniel Stewart Clinic at Hobby Horse Farms that sold out as soon as it was announced. Area IX Treasurer Dan Michaels worked with designer James Atkinson to build and place schooling cross country fences (Intro through Training) at Lory State Park for riders to enjoy for only $5. They also hosted a free foxhunt for AR members with the Arapahoe Hunt in Colorado. Twenty Area IX ARs participated and they plan to do it again next year. That’s great cross training for eventing!

Area X, Coordinator Jennifer Miller
Area X is one of the smallest Areas, made up of Arizona, New Mexico and Nevada, but it has one of the highest percentages of AR members in the country. They are small but mighty, taking every opportunity to get together and hosting a social at every horse trials in the Area. Lucinda Green taught a clinic in January. She will return in January 2016 to teach an AR clinic and will stay to be the keynote speaker at the Area Annual Meeting the same weekend.