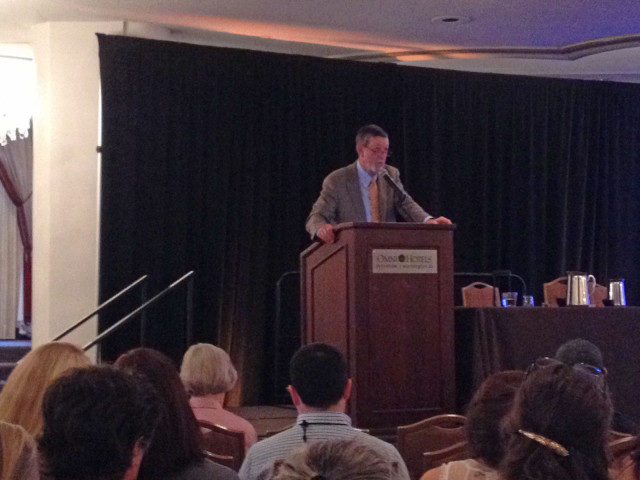 Malcolm Hook said he has requested that in the future, the Rule Change Open Forum will take place before the USEF Eventing Technical Committee meeting so that members feel their thoughts and opinions discussed in the Open Forum are being considered.

The key items below are rule changes that have been approved by the USEF Eventing Technical Committee this weekend and will now go forward to be approved at the USEF Annual Meeting January 13-16 in Lexington, Kentucky.

Beginner Novice, Novice and Training specifications have been expanded in Appendix 1 to offer a more realistic description of what can be expected at each level, and the Modified division specifications have been added, putting more limits on course designers that may be inclined to be “imaginative” in their approach to design and prevent “downward bracket creep.”

Organizers are not required to offer Modified, but they may mix Training and Preliminary fences to create the cross country course (instead of building a brand new course), as long as the fences meet the specifications of the class. Riders must achieve a qualifying result at two Training level events or higher to compete at the Modified level. To move up to Preliminary, a rider will need four total Training and/or Modified qualifying results to move up. If approved at the USEF Annual Meeting, the Modified division will be implemented in 2017.

EV 115.2: A USEA member proposed a rule change that would allow protective hoofwear in dressage. The proposal received support from the Technical Committee. However, because of wording related to fly bonnets that was also included in the rule change proposal (which would revert the rule back to old language that is not in line with FEI rules regarding fly bonnets) the committee had to decline the change. The member will have the opportunity to resubmit the rule change, and the committee may approve it prior to the USEF Convention in January.

EV-149.6 and EV 149.7: Show jumping course designers have had a 5 centimeter leeway in the maximum height in the event of complications with materials (e.g. the terrain or distance between holes on the standard). The result was that too often fences were being made too tall on course. The rules have been amended so that every effort must be made to not to exceed the maximum dimensions specified. At Preliminary Championships, however, one vertical and one ascending oxer that are not part of a combination on Preliminary Championships may be 5 centimeters higher than the maximum allowed for the division.

EV 134.3: Entering the dressage arena with a whip when they are forbidden, entering the dressage ring with boots on the horse, entering before the bell or not entering the ring within 45 seconds of the bell being rung by the judge will no longer be grounds for elimination but instead be counted as an error and result in a 2 point penalty (they are not cumulative and will be not result in elimination). In the event of entering the ring with boots on the horse, the judge can blow the whistle, allow the rider or an assistant to remove the boots and then continue with the test. Elimination may be applied if the competitor does not enter the arena within 90 seconds after the signal.

EV 177.5: Certified farriers are now required to be on the grounds for show jumping and cross country phases for Preliminary and above levels, however the proposal will likely be amended to include all levels prior to the USEF Convention in January.

Malcolm also clarified details about GR 845, which requires that horses entering the show grounds of a USEF competition must be accompanied by documentation of Equine Influenza Virus and Equine Herpes Virus (Rhino-pneumonitis) vaccinations within six months prior to entering the stables. Malcolm said that organizers are not required to check these documents, but if they are going to check the documents they must disclose that they will do so ahead of time in the omnibus.