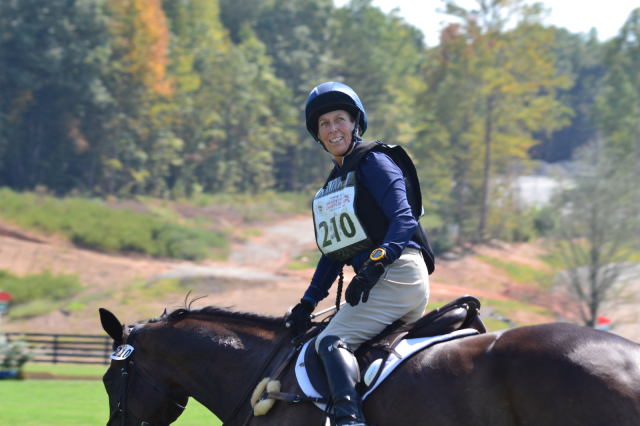 Local favorite Beth Perkins got a big cheer at the cross country finish after her Training Horse ride on Handsome Harry. Photo by Leslie Wylie.

I’ve been to the American Eventing Championships at the past three locations (Illinois, Georgia, Texas) in various capacities (rider, friend, coach, press). And from each and every angle from which I’ve participated, the AECs have never ceased to remind me — regardless of the role I happen to be playing at the time — why I just plain love the sport.

This is a special event, because it’s more than JUST an event. It’s a panoramic view of eventing as it exists here in the U.S. — the pyramid-shaped representation of Beginner Novice to Advanced level riders, the connective tissue that exists between amateurs and pros, the sport’s sweeping geographic scope, and the heroic roles performed by organizers, volunteers and supporters. Walking around the showgrounds with my ears and eyes open feels like looking inside a clock, watching all the different-sized gears turning in tandem. 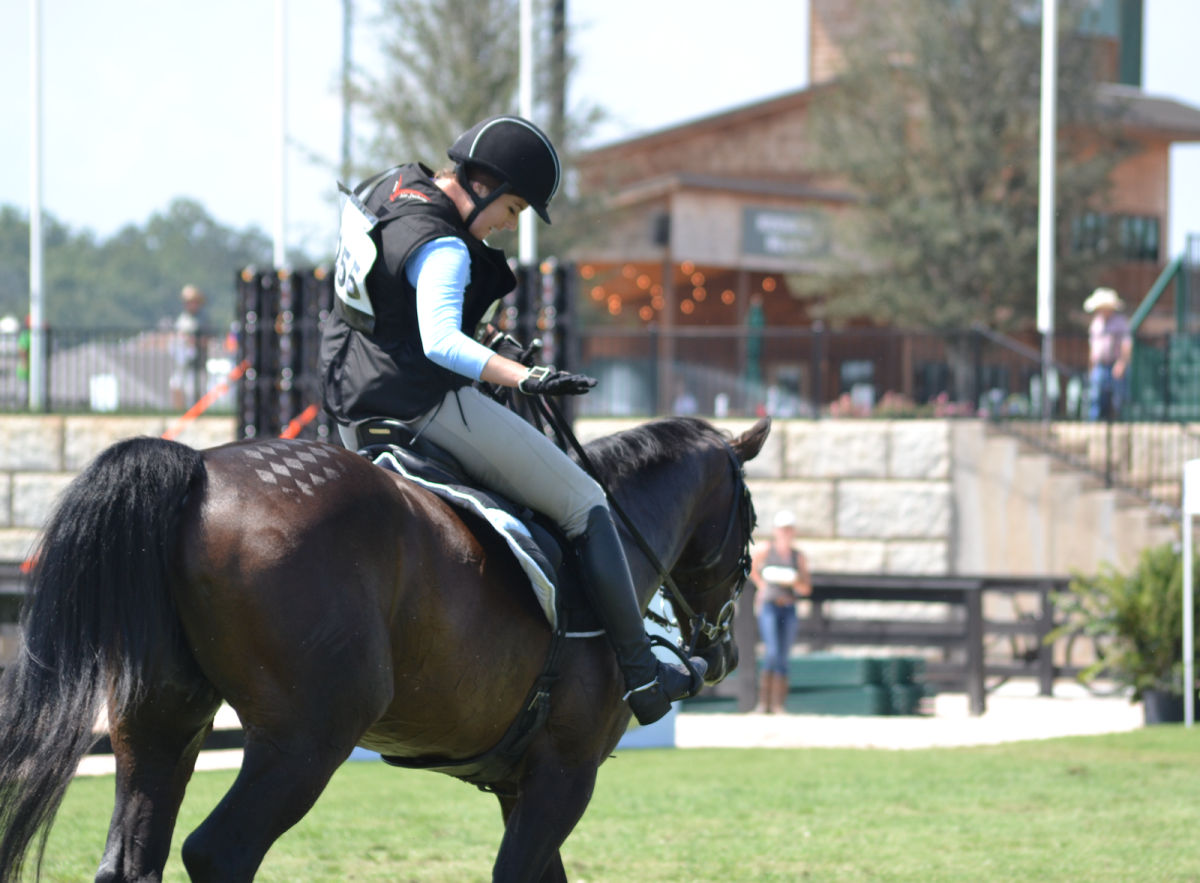 Kristin Rubash and Capone’s double clear cross country round bumped them into the top 10 in the Professional’s Choice Training Amateur division. Photo by Leslie Wylie. 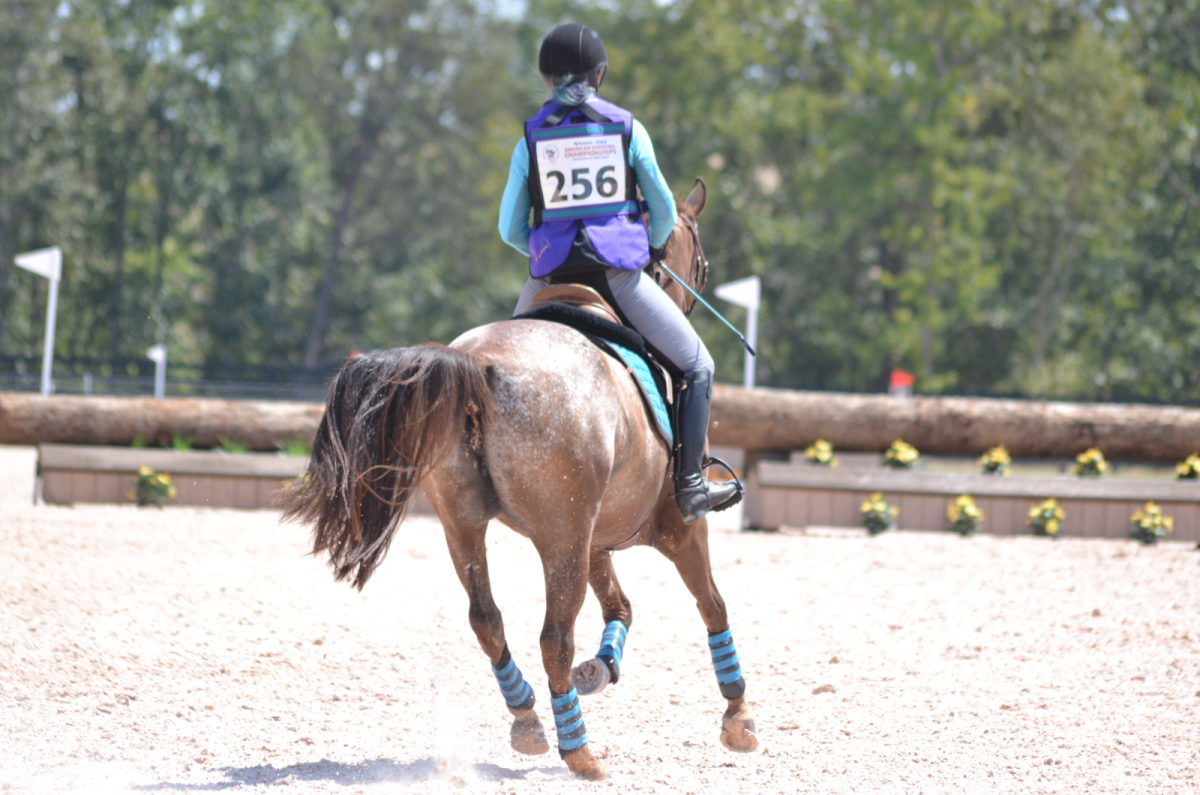 The wild card this go-round is of course the venue, Tryon International Equestrian Center, an untested setting for an event, much less a national championship! We weren’t quite sure what to expect, and the absence of knowledge is always a Petri dish for speculation, rumor and concern.

But Mark Bellissimo hasn’t taken his commitment to host our centerpiece horse trial lightly, and while I do get the impression that a fair amount of 11th hour cramming went into this undertaking, it’s come together just in time and is thus far exceeding expectation. Of course there are rough edges here and there — the cross country course is clearly doing the best it can with limited developed space — but in general venue is knocking the socks off us all. 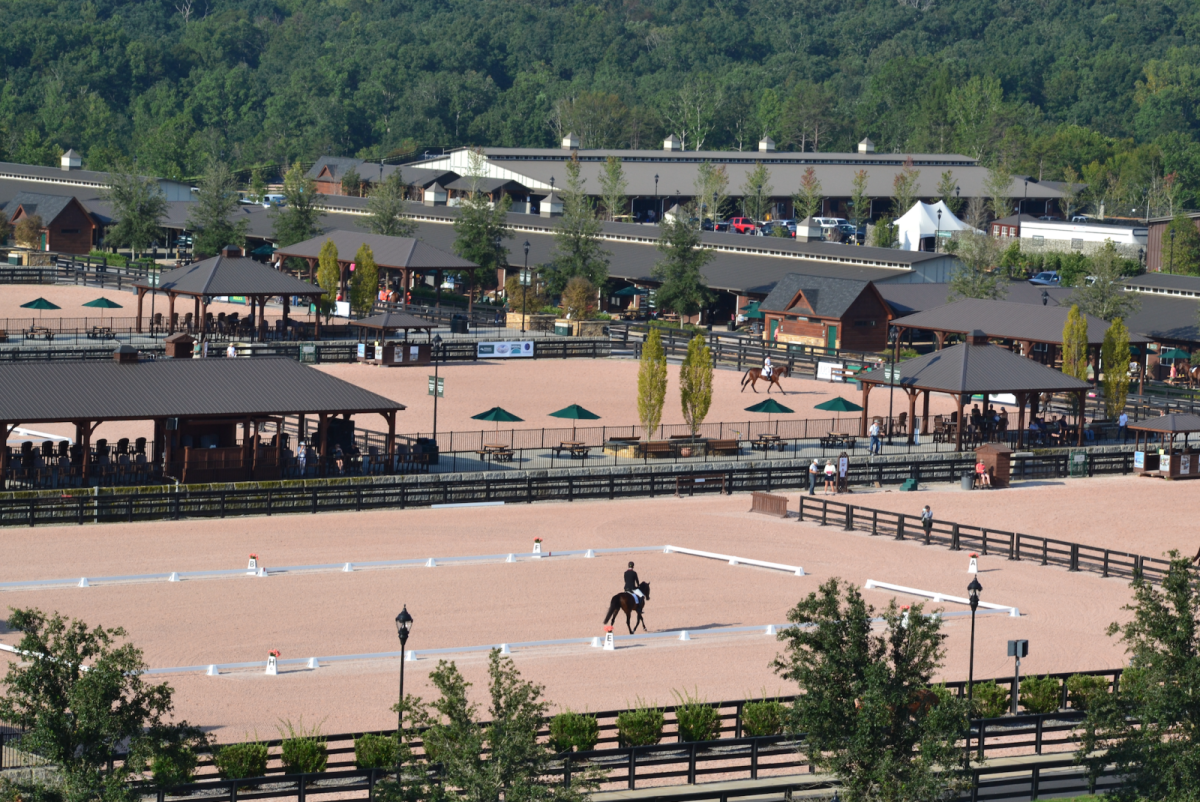 Overlooking the dressage arenas and some barns. Photo by Leslie Wylie. 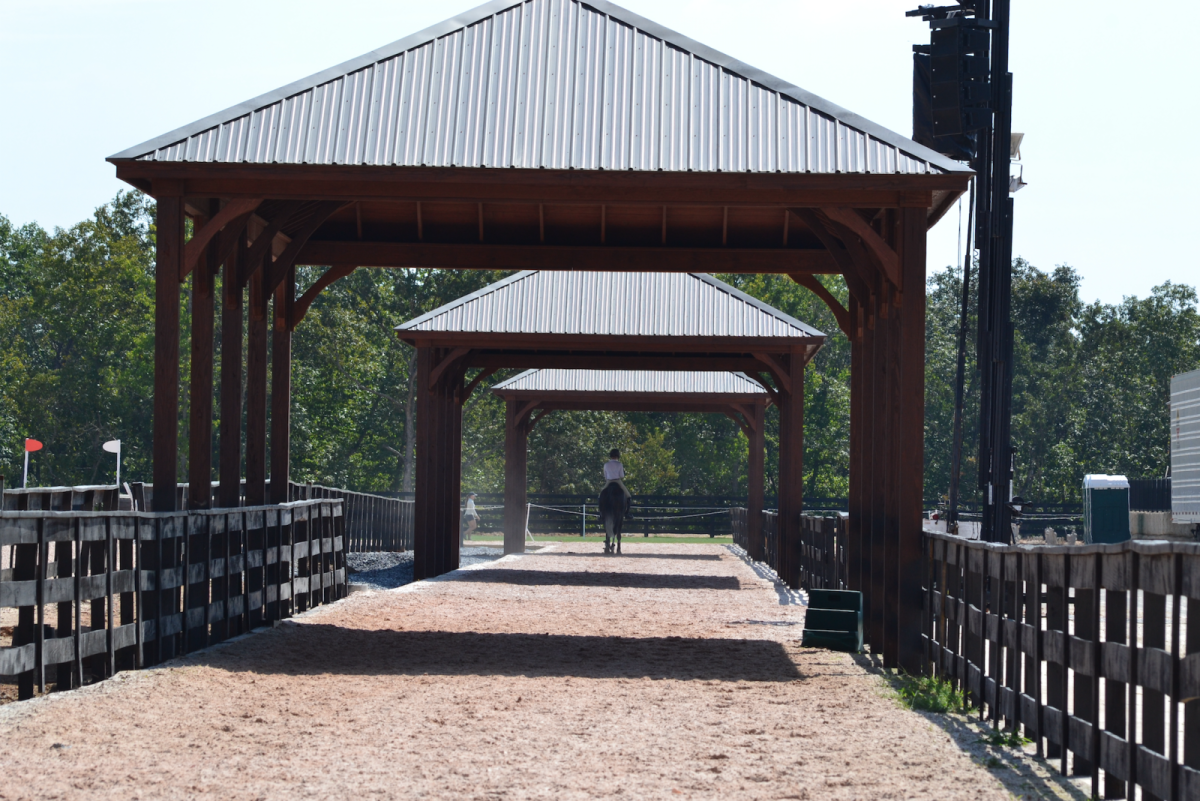 Designated horse walking paths throughout the venue feature the same fiber footing as the rings. Photo by Leslie Wylie. 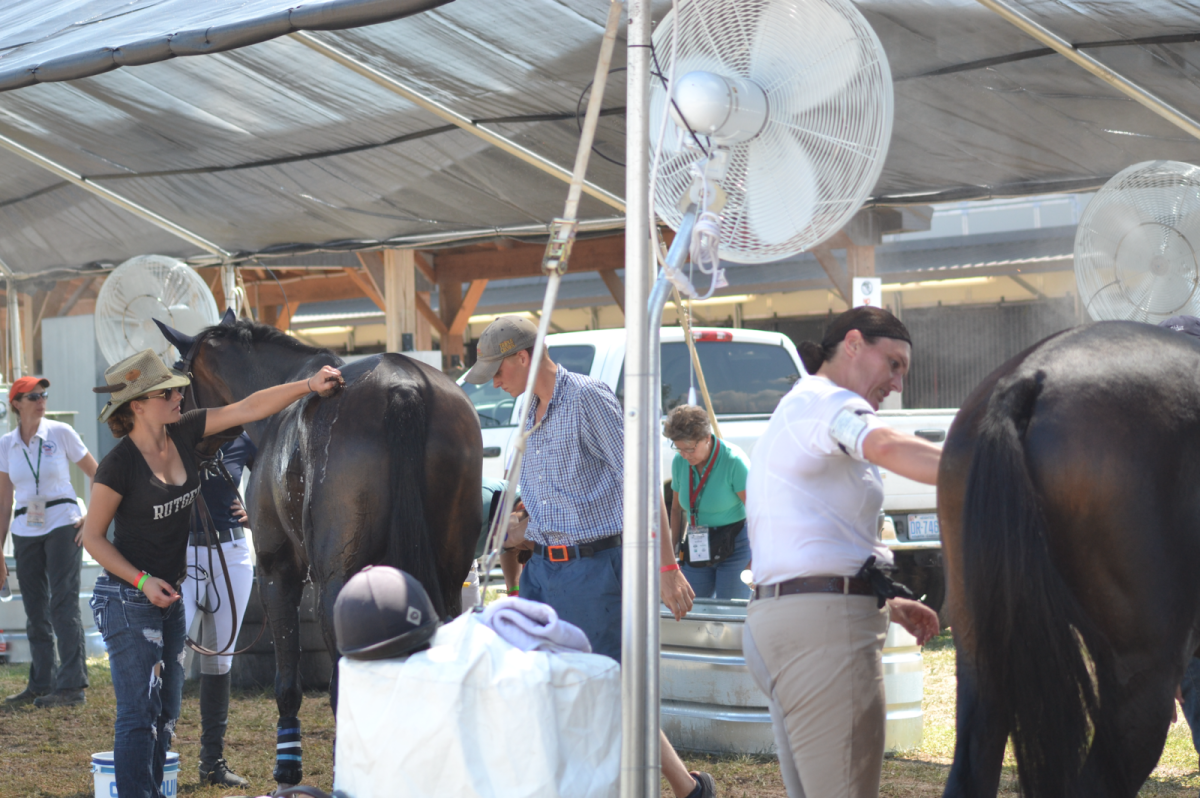 It was a hot one today but the cool down tents at the cross country finish were ready with fans and ice. Photo by Leslie Wylie. 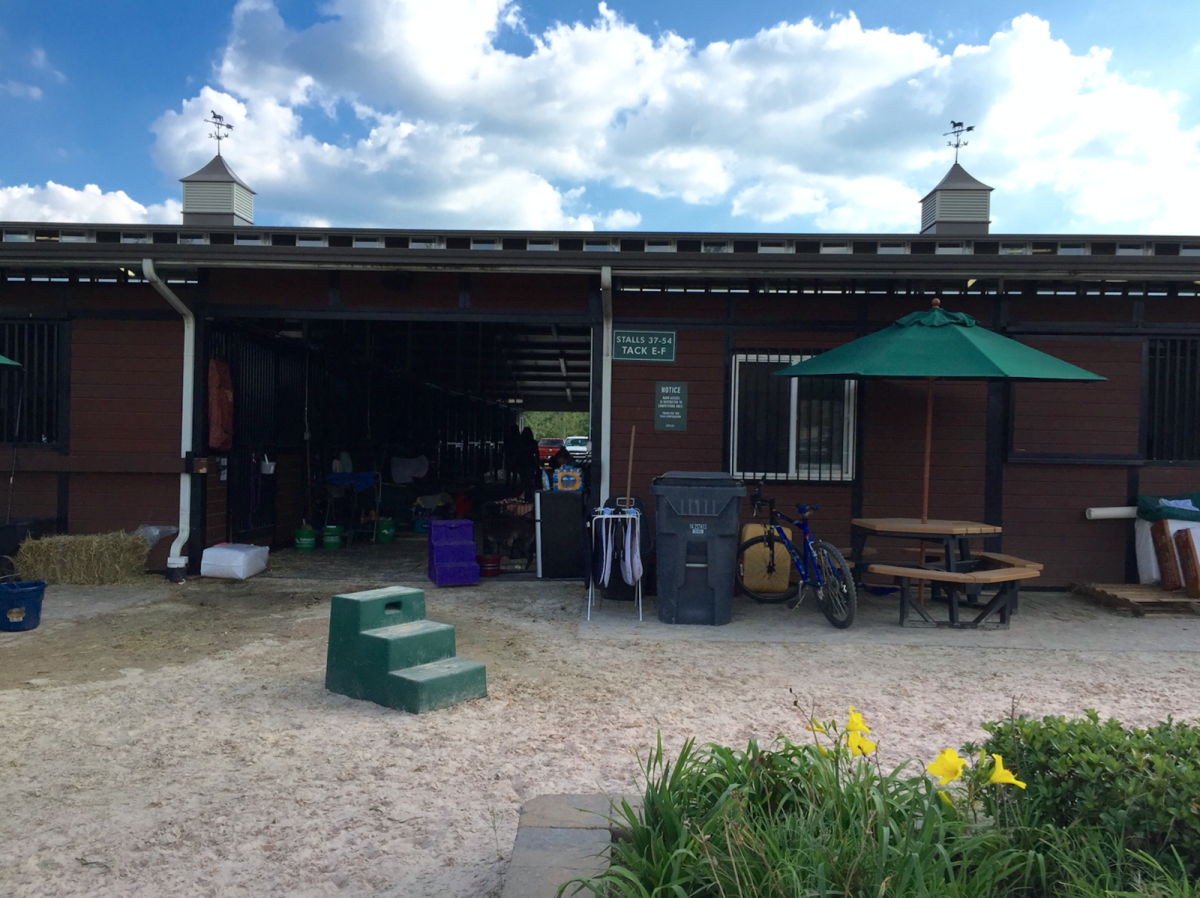 With rubber mats galore and fans in every stall, equine accommodations are top priority at TIEC. Photo by Leslie Wylie.

Deserving of even more kudos is the USEA team, which has put so many countless hours into making the AEC happen — just imagining what it takes to pull something off of this magnitude boggles the mind. 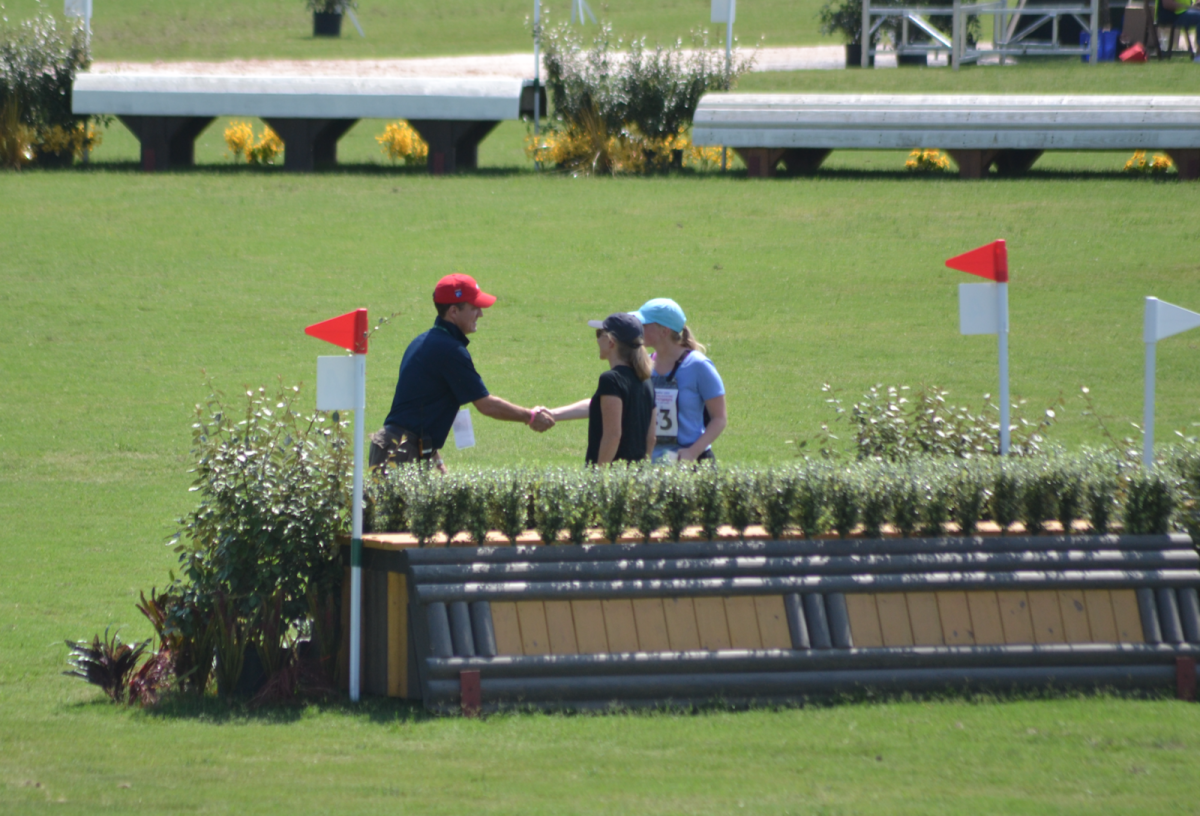 As if we needed more proof that USEA CEO Rob Burk is eventing’s #1 horse show dad: We spotted him on cross country today checking up on jump judges (“Are you OK on water?”), shaking hands (no babies were kissed that we know of, but we wouldn’t be surprised) and watching the action unfold. Photo by Leslie Wylie. 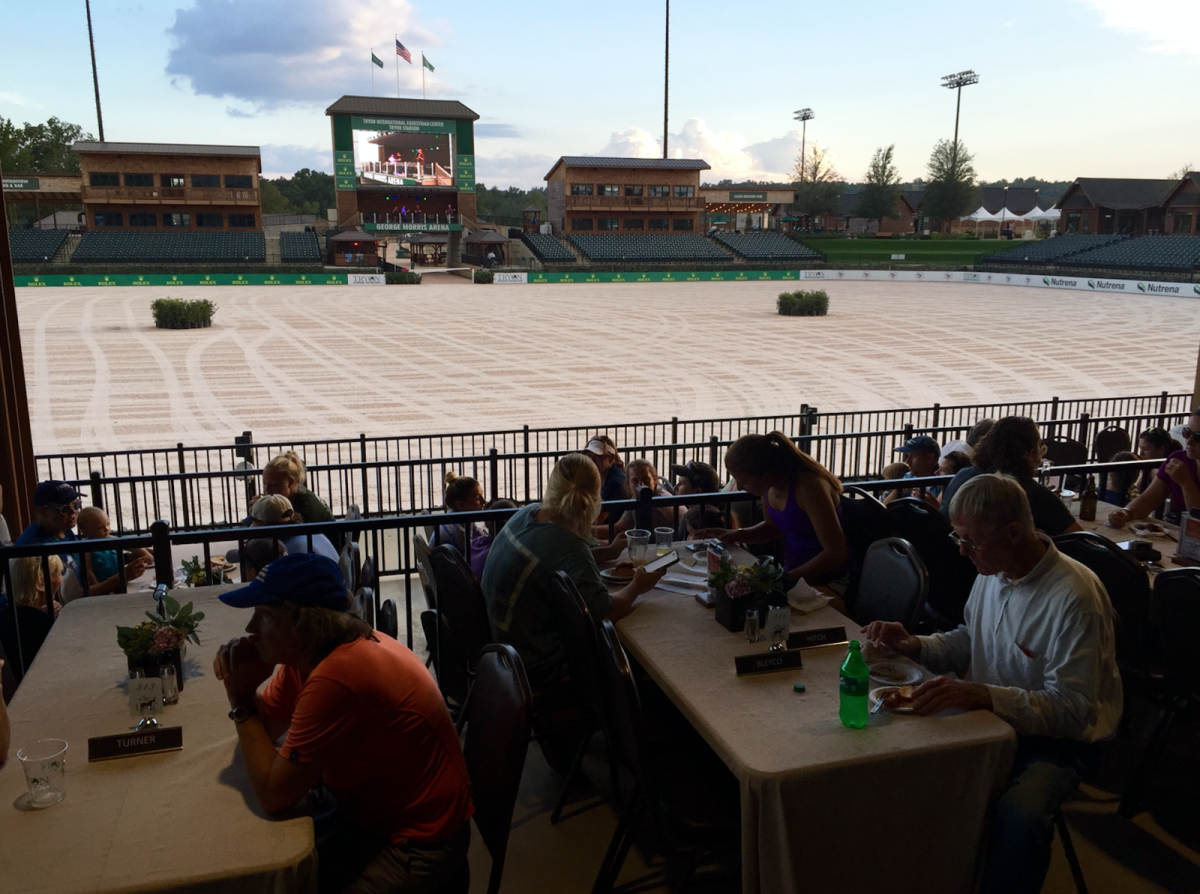 AEC hospitality is second to none, and fun was had by all at the Wednesday evening welcome party (it’s hard to see, but there’s a live band on stage across the arena). Photo by Leslie Wylie.

Many AEC divisions are underway, having begun either today or yesterday, with a few still to get started. The USEA media team is knocking it out of the park with their recaps of each division, so we’re going to steer you thataway for results and rider interviews — click here to check it out.

The action continues tomorrow with competition spread across dressage, cross country AND show jumping. Additionally we’ll see the start of the Adequan Advanced Gold Cup Final and the most highly anticipated division of them all, Broadstone Jr. Beginner Novice 14 & Under. Stay tuned!