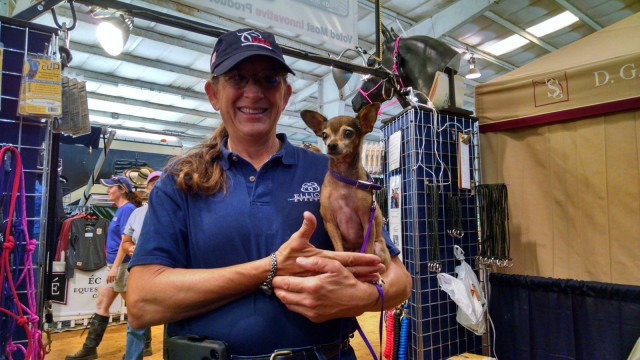 One of the things that I’m loving about the AEC trade fair is the opportunity to meet and chat with many amazing and interesting people, and of course, I also love meeting their amazing dogs. From vendors’ dogs and horse show dogs to even dog show dogs, the AECs are trotting with happy canines of all shapes, sizes, and ages. Here is just a small sampling of the furry friends I encountered this weekend: 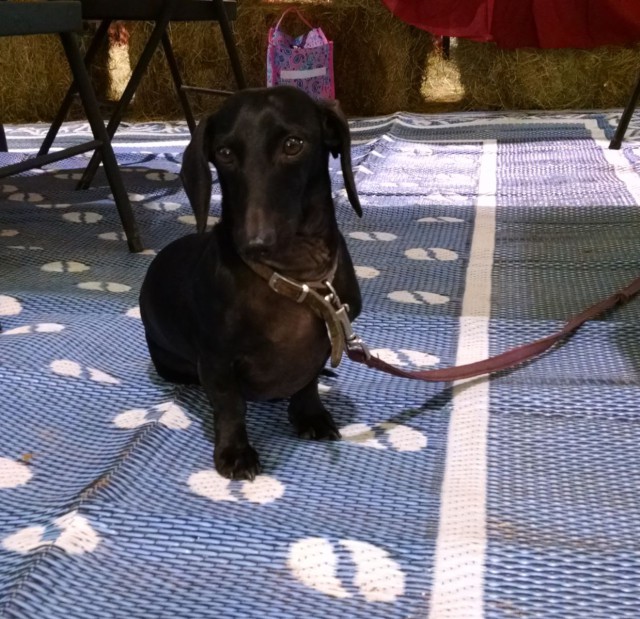 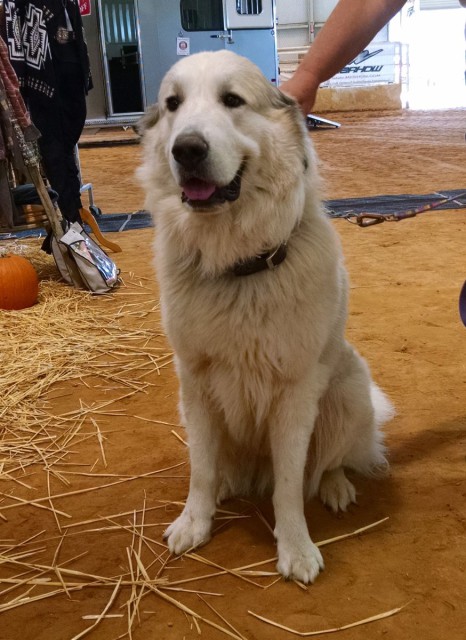 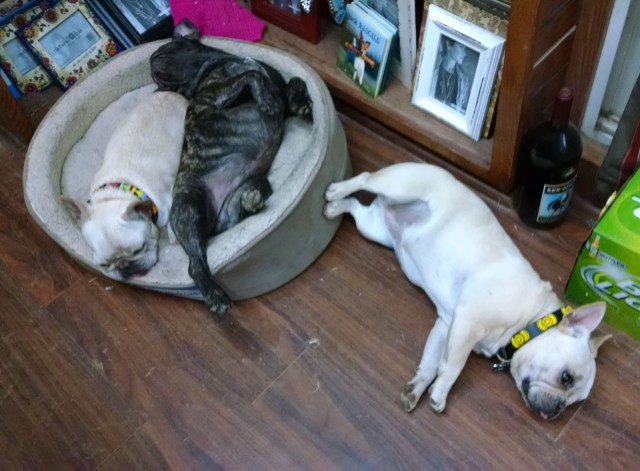 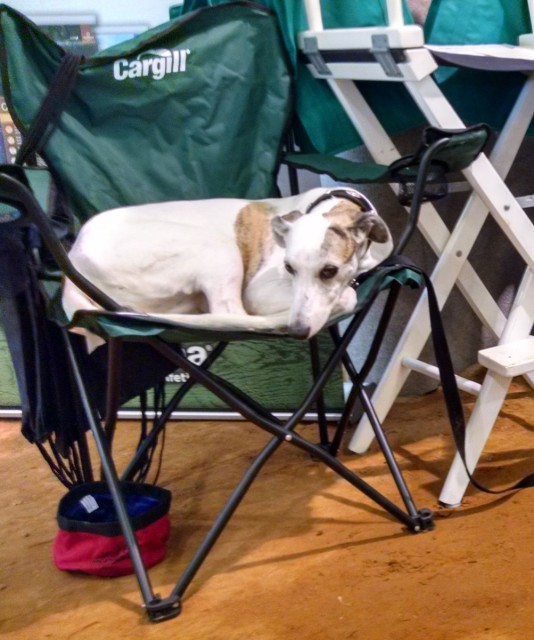 Skyy (yes, as in the vodka) the Nutrena Spokes-Whippet. Photo by Lindsey Kahn 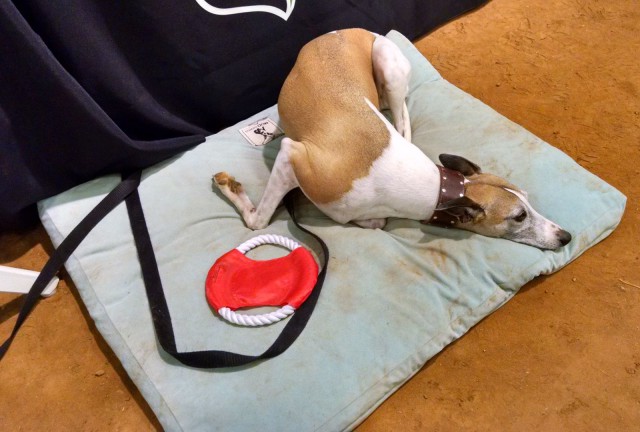 Nutrena’s Focus the Whippet is all about the yoga. Photo by Lindsey Kahn 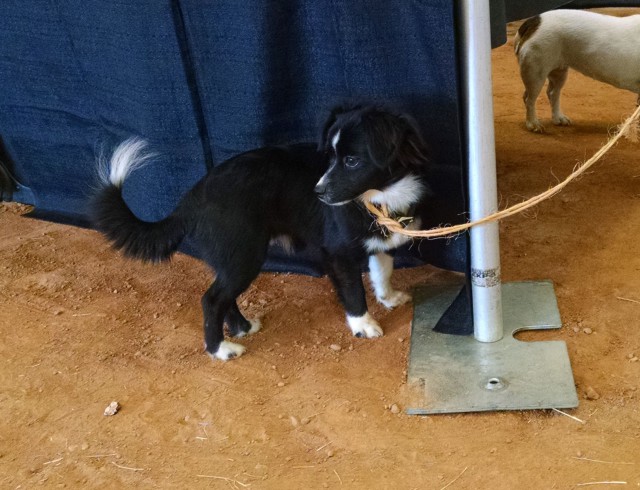 Ermahgerd. This adorable little one. I can’t even. Photo by Lindsey Kahn 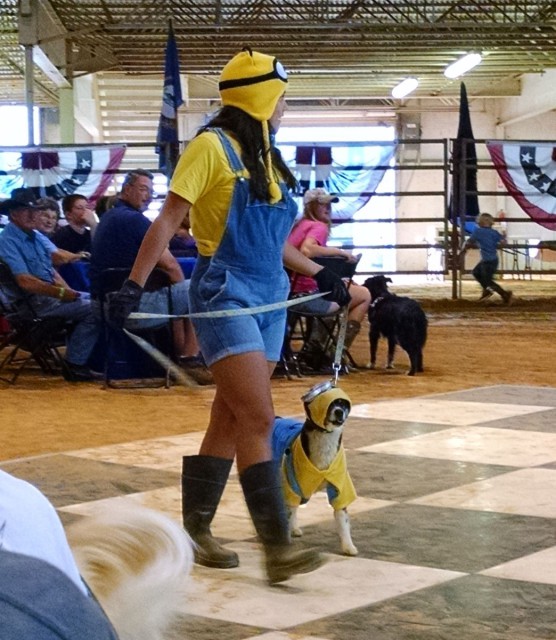 This not-so-despicable duo, who won the Dog/Owner Lookalike Contest at the Weatherbeeta Dog Show. Photo by Lindsey Kahn

Some honorable mentions who I wasn’t able to get suitable snapshots of due to a) blur-inducing hyperactive puppy wiggles, b) getting so overcome with the “awwwww”s that I forgot to take out my phone, or c) all of the above: