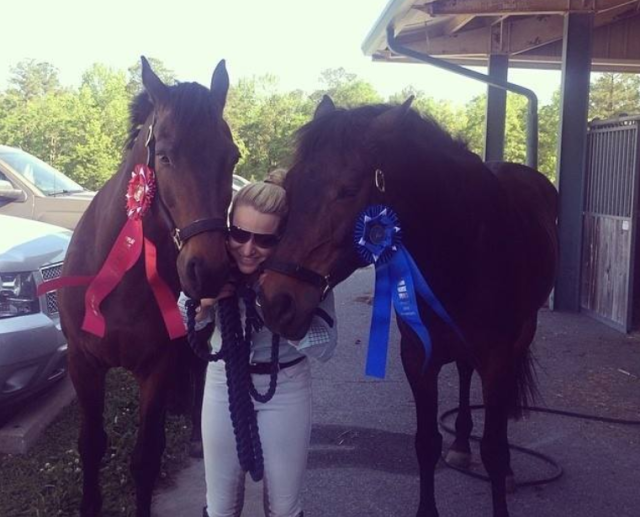 Alex Green has had a bummer of a month. After a fluke fall at the Fork derailed her Rolex debut, she found herself with a super-fit horse and a freshly open spring calendar. A week after she should have been cantering up the center line in Kentucky, the 21-year-old Tennessee girl loaded up her horses and drove down to Georgia instead. “That’s the sport,” she says, exuding a pragmatism that is uncommon in riders her age. “You lose a lot more than you win. That’s why the good rides, the ones you fight for, are special.”

If getting their groove back was the goal, Alex and her would-be Rolex partner Fernhill Cubalawn accomplished it in spades at Poplar Place H.T. “There will be no catching this pair today,” the announcer said after a one-rail show jumping round confirmed their place at the top of the Open Intermediate division, from which they’d held a solid lead throughout the weekend. The only horse who nearly caught them was Alex’s other ride, Falkonet, who finished just a point behind to place second. She was equally excited about the greener horse’s finish as their relationship has taken some time to build.

“Cuba is just a tanker and he’s good at everything he does,” Alex explains. “Falko is my underdog. He has so much scope and so much talent, but I got him when he was 12 and because he’s the product of a variety of training methods it’s been harder for things to come together.”

Carol Gee of Fernhill Sporthorses sourced both Cuba and Falko for Alex, as well as a third horse she was competing this weekend in Open Preliminary, Fernhill Bold Gesture. Unfortunately, the pair got a technical elimination cross-country when Alex accidentally galloped past a jump. “I forgot how to count!” Alex laughs.

With Rolex off the table, Alex intends to reroute Cuba to the three-star at Chattahoochee Hills in May, focus on jumper shows and finessing their dressage during the summer, and hit up Fair Hill in the fall. She’s got some OTTB projects and the pursuit of a college degree to keep her busy as well. And, of course, her eye is still on the prize: coming out even stronger at Kentucky next year. “I don’t want to just go and complete; I want to be successful,” Alex says. “I want to give my horse the best ride I can so we don’t leave anything on the table.”

Speaking of highs and lows, it was a roller coaster of a weekend for many riders at Poplar Place. Although there were no serious injuries, nearly every division was plagued with eliminations, retirements and falls. With its hilly terrain and winding routes, Poplar’s cross-country courses are always challenging, but on this weekend the finger-pointing was directed toward a couple of particularly troublesome jumps.

For Training, the bogey was a downhill chevron along a treeline that horse after horse crashed into or clattered over until eventually it was removed from the course. The jump didn’t seem to cause much mayhem during the March event, but this Saturday dawned bright and sunny, making the light-into-dark question significantly more difficult. One rider who fell victim to the fence stopped by the warmup on her way back to the barn to warn other competitors that she hadn’t been able to see what she was jumping into on account of the shadows. After three holds on course for the jump to be repaired, it was finally removed altogether. 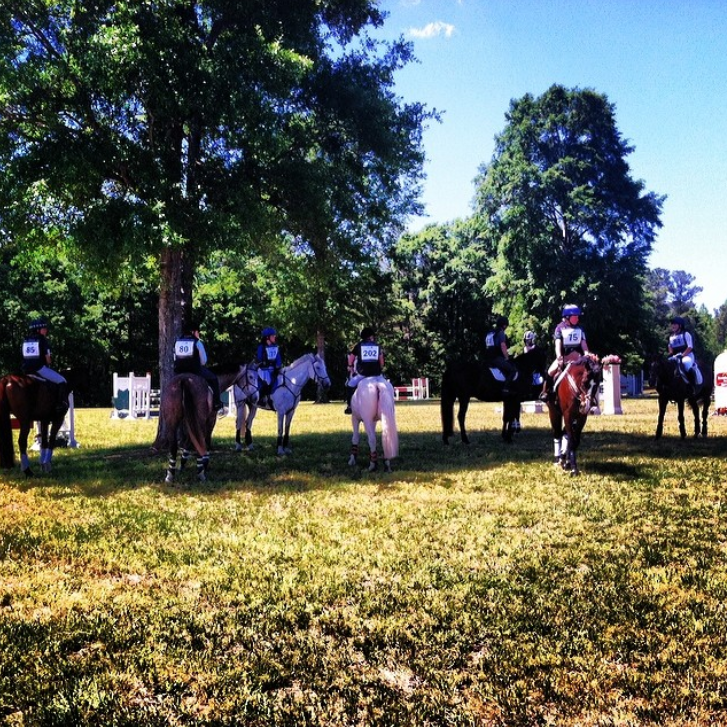 Training riders hang out beneath a shade tree during a hold on course to repair the chevron. Photo by Leslie Wylie.

The difficulty of Prelim’s trouble-maker fence may have been exaggerated by shadows as well. Fence #4, a combination called “Woodland Animals,” has previously appeared on the two-star course and most recently showed up near the end of the Prelim course in March, where it caused significantly fewer problems. A downhill bending line of upright, somewhat airy verticals with negligible ground lines, the line deviated from the galloping track to dip into and out of the woods, catching many horses (my own included) off-guard. 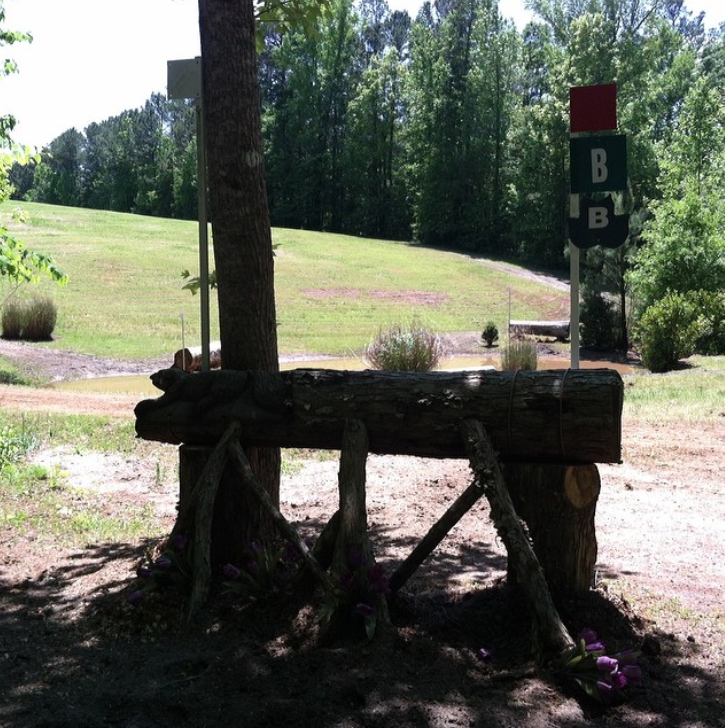 #4B, the second element in the combination that gave many Prelim competitors trouble early on in the course. Photo by Leslie Wylie.

In addition to regular horse trials divisions, Poplar hosted the Area III Championships. With nearly all of the championship divisions having fewer than 10 entries, and several having fewer than five, it may be worth questioning why area championships, in this case one very centrally located within the region, seem to be losing their prestige. Nonetheless, a hearty congratulations to the 2014 Area III winners:

Senior Training Championships: Julie Pate and Catch Me If You Can