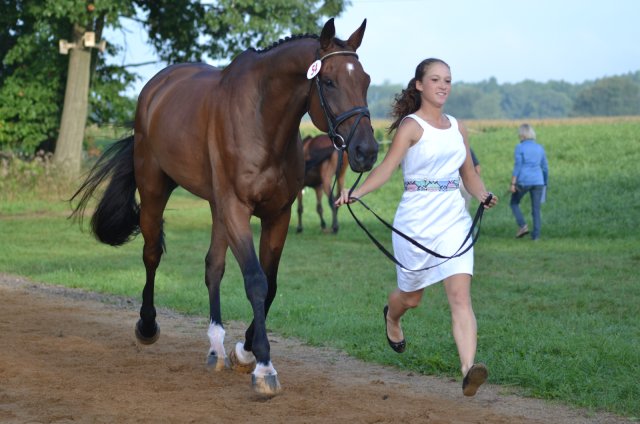 After a soggy Saturday everyone was happy to rise and shine with the sun this morning at Richland Park. By 8 a.m. the first horse in Open Training was sprinting away from the start box. Meanwhile back at the barns, the final horse inspection was held for the small, blink-and-you’ll-miss-it CCI2* division as well as the CIC3* competitors since show jumping is their final phase.

All who presented passed. Will Coleman withdrew one of his rides, Soupçon du Brunet, and Ellen Doughty-Hume’s Sir Oberon gave her heart palpitations when he stepped on his shoe midway through the jog and the clip went into his foot. Thankfully, after a quick trip to the farrier he was once again right as rain.

Megan O’Donoghue was out show jumping her Prelim horse, REHY USA, so groom Margo Goldfarb stepped in to jog Palm Crescent. It took a moment to get the horse’s engine going and he was being a bit grumpy about the flies, but after being held he was given the all clear upon resinspection.

A note of jog trivia: Arden Wildasin’s Il Vici’s number, 64, happens to match his brand. Which would be a funny enough coincidence, but this is actually the third time he’s worn the number 64 — he was no. 64 here last year and was also 64 at Rebecca Farm. 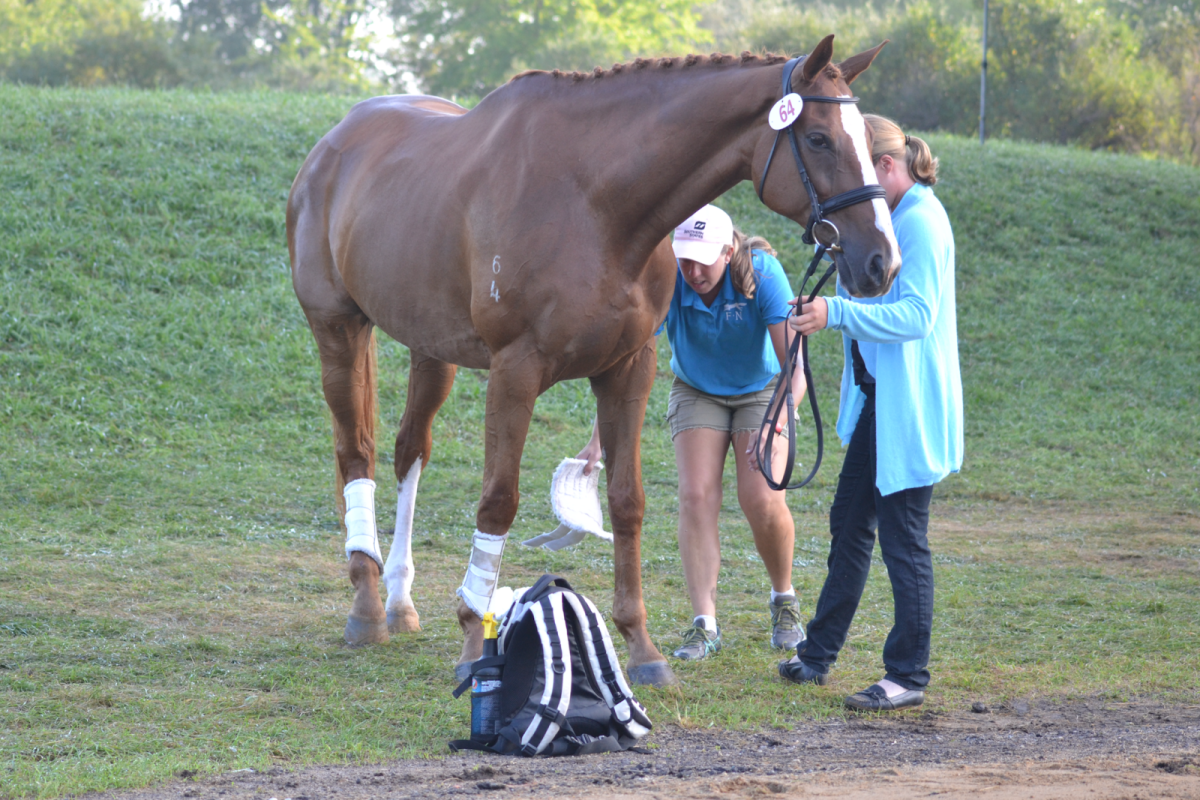 The “You’re So Beautiful, You Could Be a Part-Time Model” award went to Colleen Rutledge’s Escot 6. Work that camera, Escot! 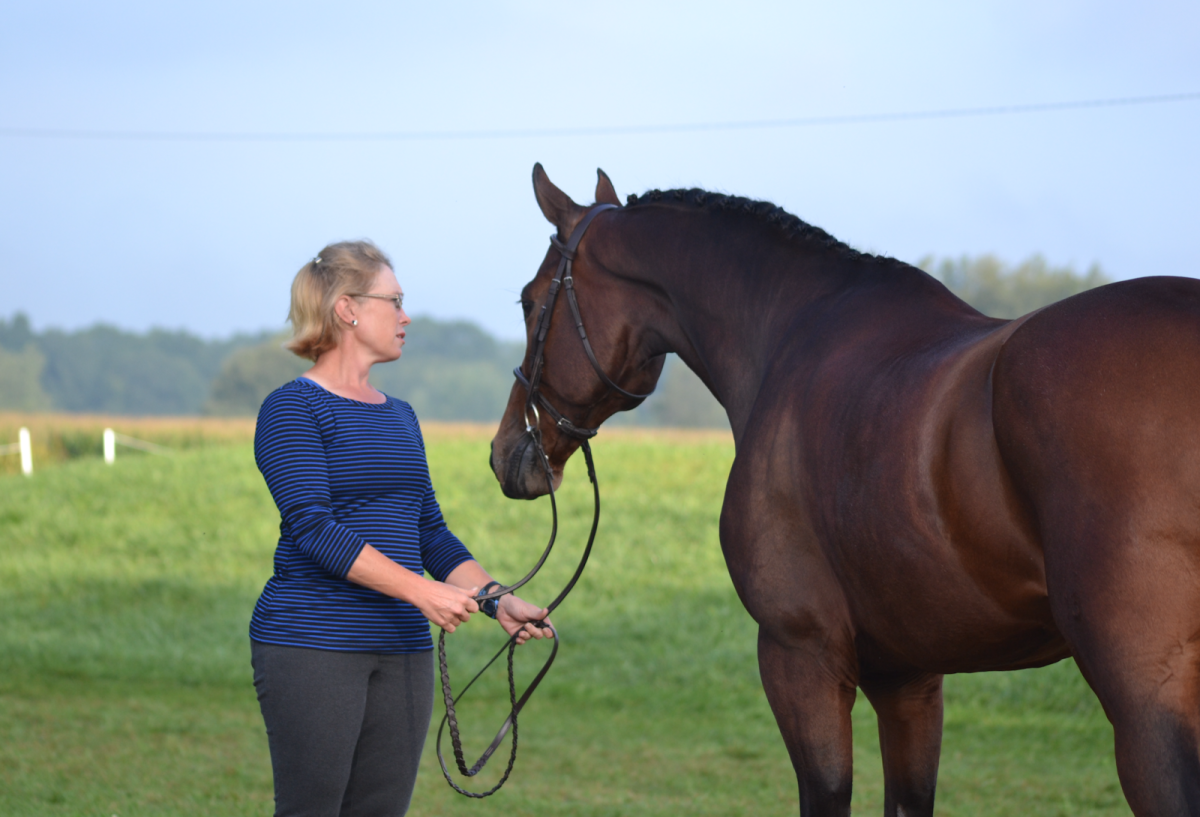 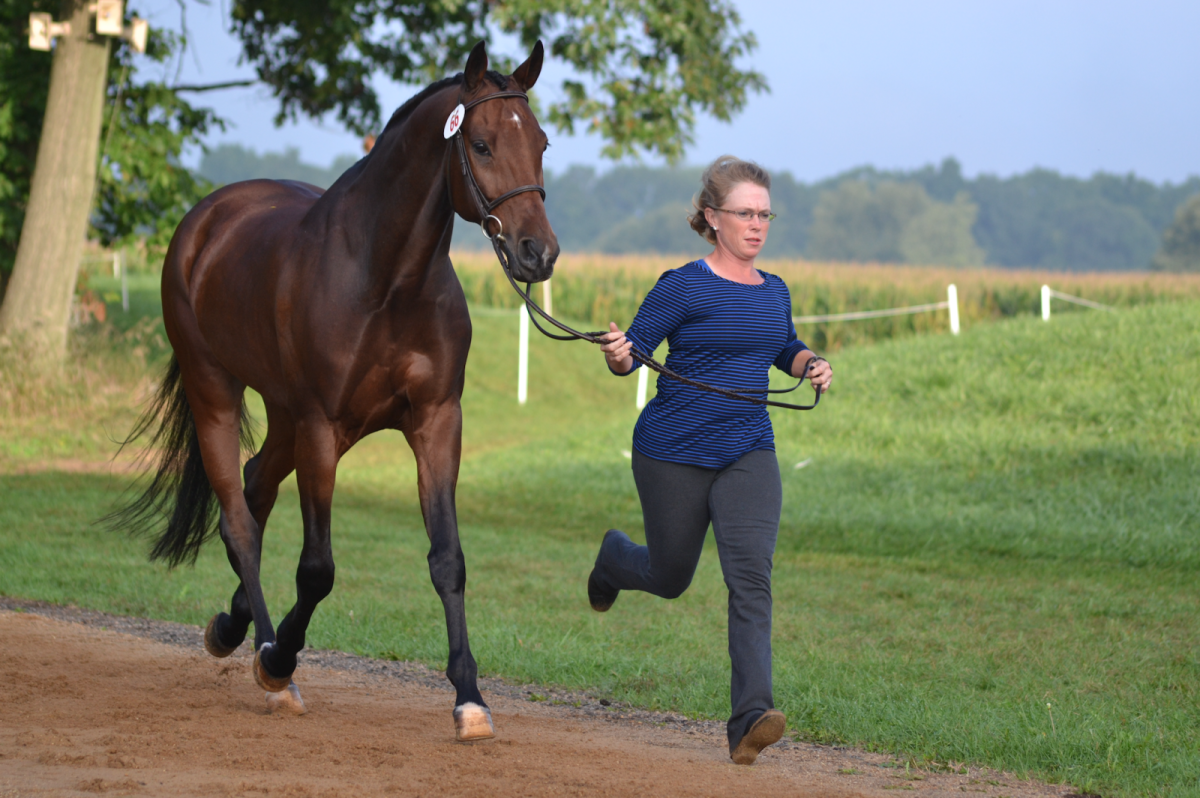 And overnight leader Whitney Mahloch, who may have had more fun cross country than anyone ever yesterday, is STILL all smiles: 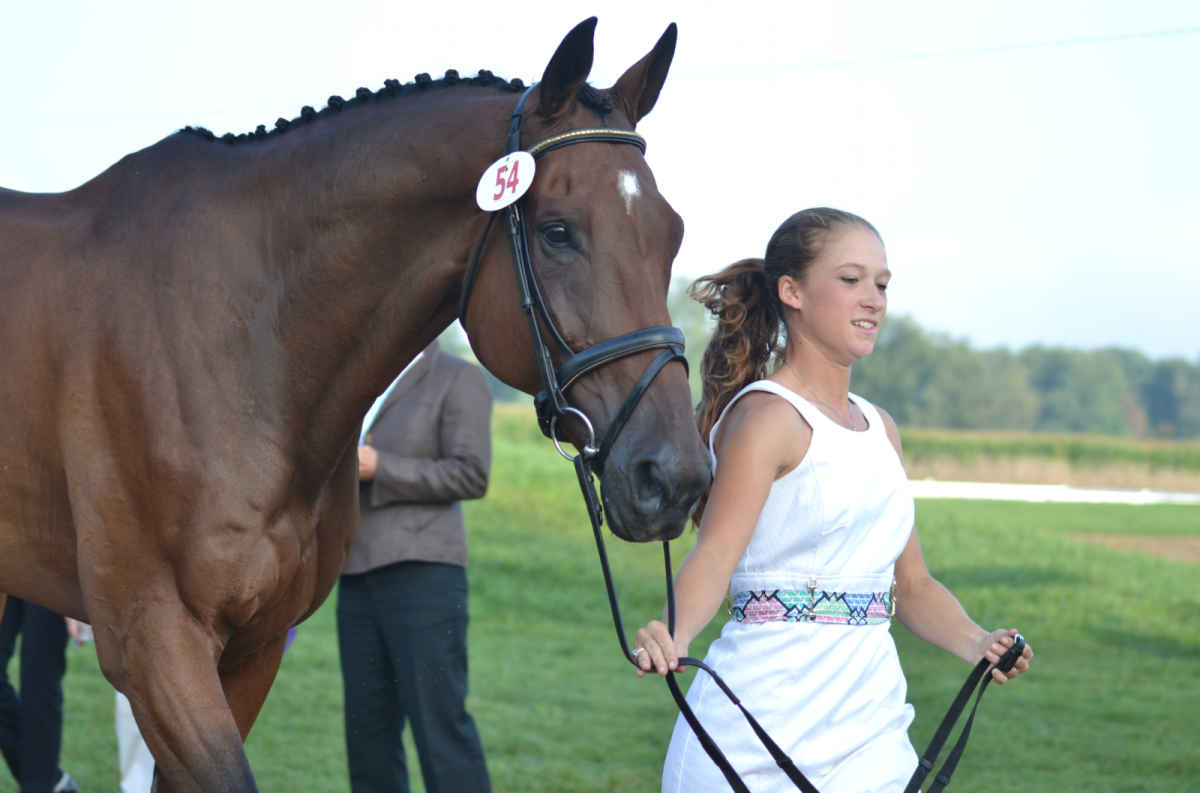 The CCI2* division was small to begin with, with just four horses starting, and has since been cut by half when Lindsay Bier and El Paso withdrew and Caroline Martin and Danger Mouse had an unfortunate TE cross country. The last ladies standing: 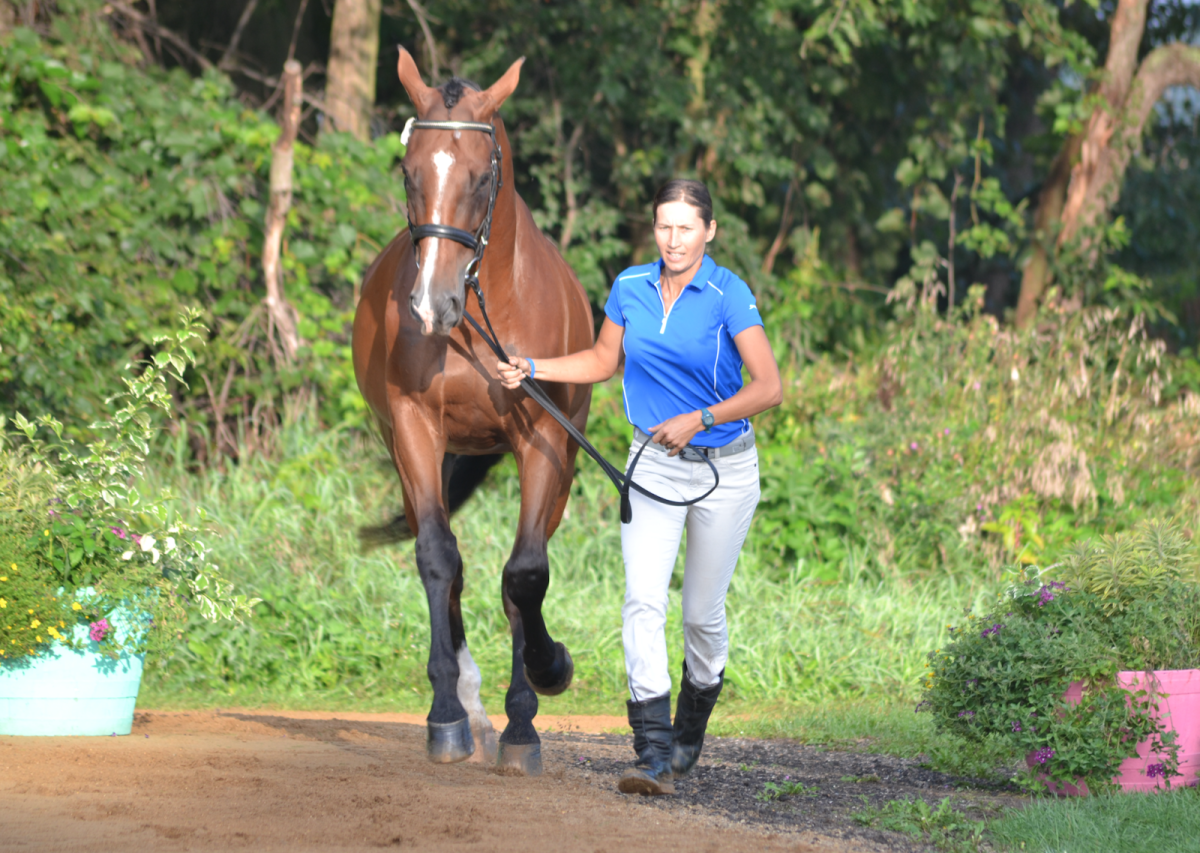 Audrea Dyer and All Aboard, in first heading into show jumping. Photo by Leslie Wylie. 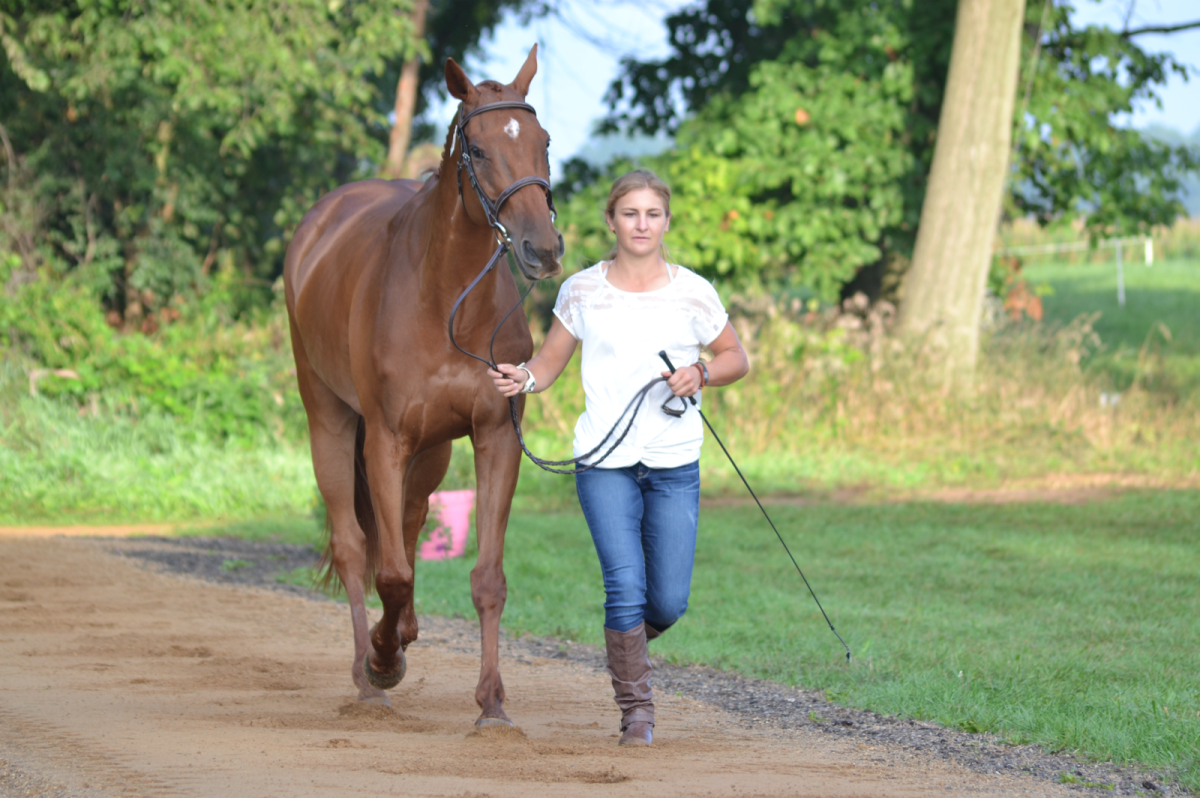 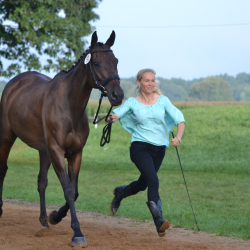 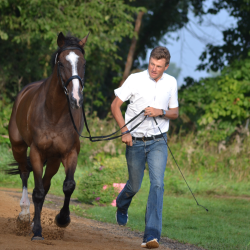 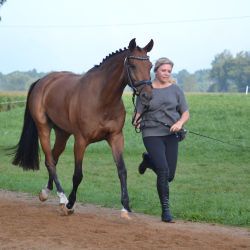 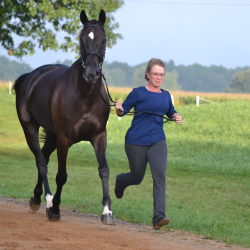 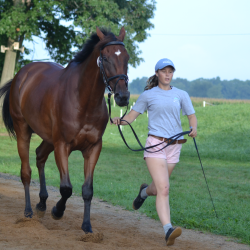 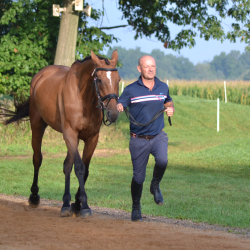 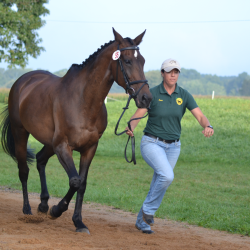 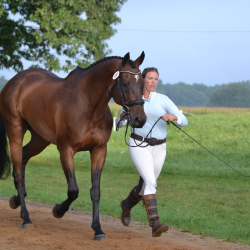 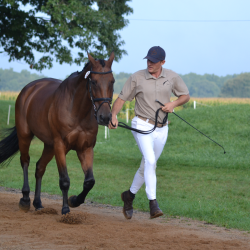 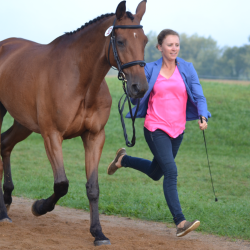 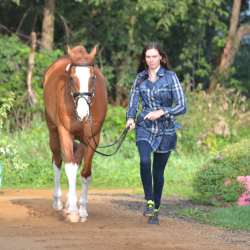 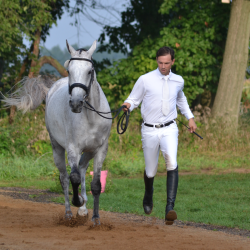 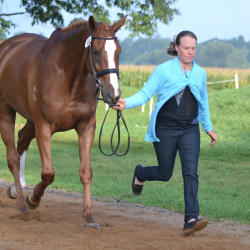 CIC3* show jumping begins at 11:30 a.m. with Advanced to follow. An advisory to riders that times have been moved up on account of eliminations and withdrawals — the latest times are posted on the red barn. Best of luck to all!