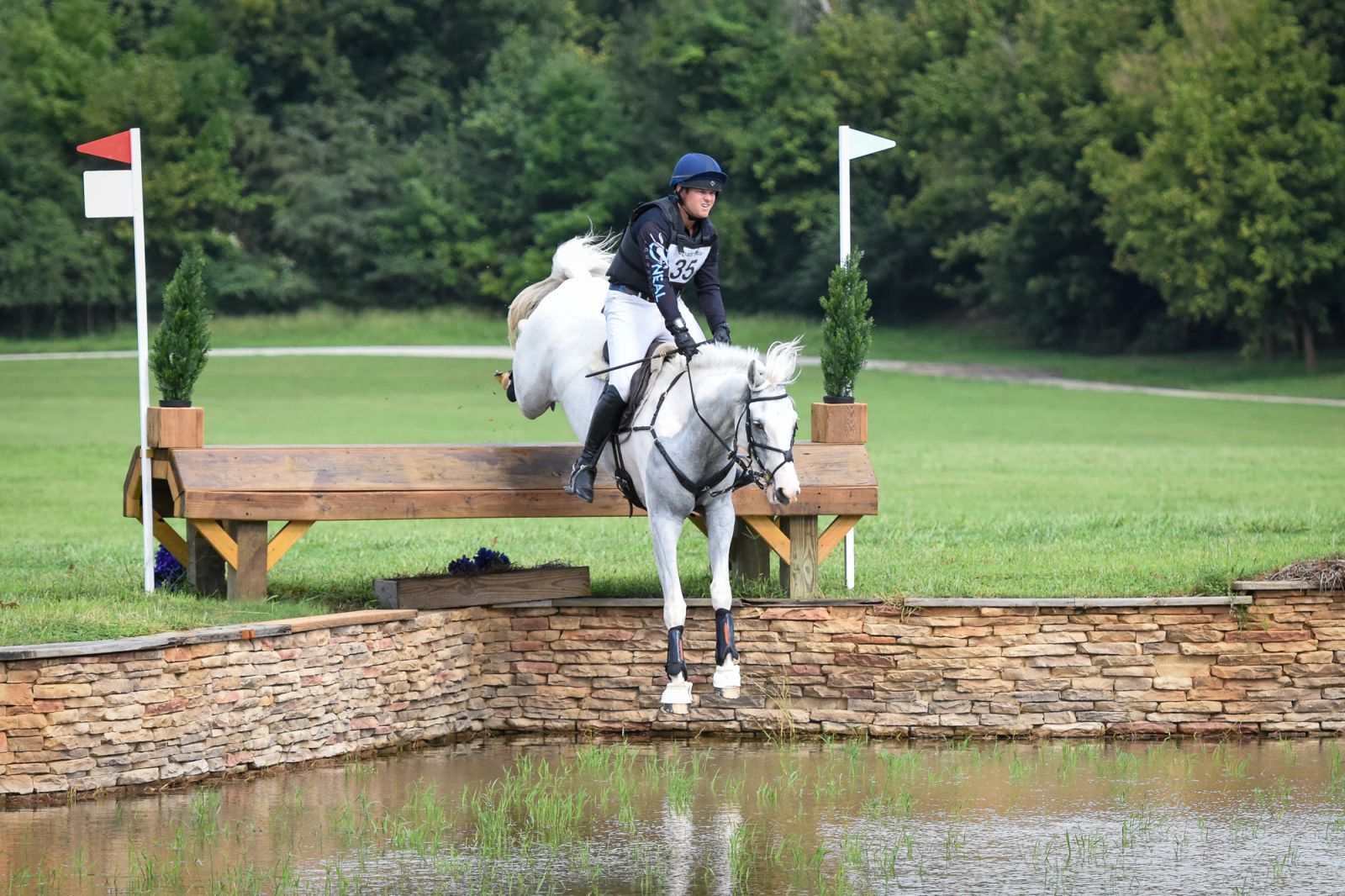 Alex O’Neal was the man to beat in the Chattahoochee Hills CCI3*-S. He was on top of the 21-entry class from start to finish with at least one horse, but it was Gayle Davis’ Pauldary’s Arctic Tiger who took home the blue ribbon.

Third after dressage on a 29.5, “Harley,” an 8-year-old Anglo European (Pauldary’s Funky Tiger x Pauldary’s Tigers Touch of Fro), went penalty in the show jumping to lead the pack overnight, and on cross country day, he stepped up to the plate, coming through the finish flags double clear as the first pair on course.

“In the show jumping I was just trying to go a little quieter. He can get a little frantic, so I tried to ride him really level. Then, on the cross country, the ground is really nice, so I did go out to win. He’s a really fantastic horse — he’s fast and efficient and he covered the ground well,” Alex said of the three-star debutant. “After the first two phases went so well, I thought he deserved to win it, and his owner has been so generous, she deserved to own a winning horse.”

Harley landed in Alex’s barn earlier this year as a resale project, but his owner, Gayle Davis, saw the brimming potential in the new partnership.

“He was quite tricky to start, but I’ve gotten to know him and figured how he likes to go. He’s a nervous horse and you have to hold his hand, but I feel like I’ve created a good partnership with him. He’s got a heart of gold and he really does try his heart out,” he said.

“He’s only eight, and I feel like he’s just starting to figure it out. He’s probably the best cross country horse I’ve ever ridden. He’s so brave — as long as you keep the lid on him, he’s just incredible. Maybe next year he can go Advanced and see what he can do. It’s an unbelievable opportunity. [Gayle has] really gotten behind this horse and me and I’m so thrilled she’s on board to keep him going.” 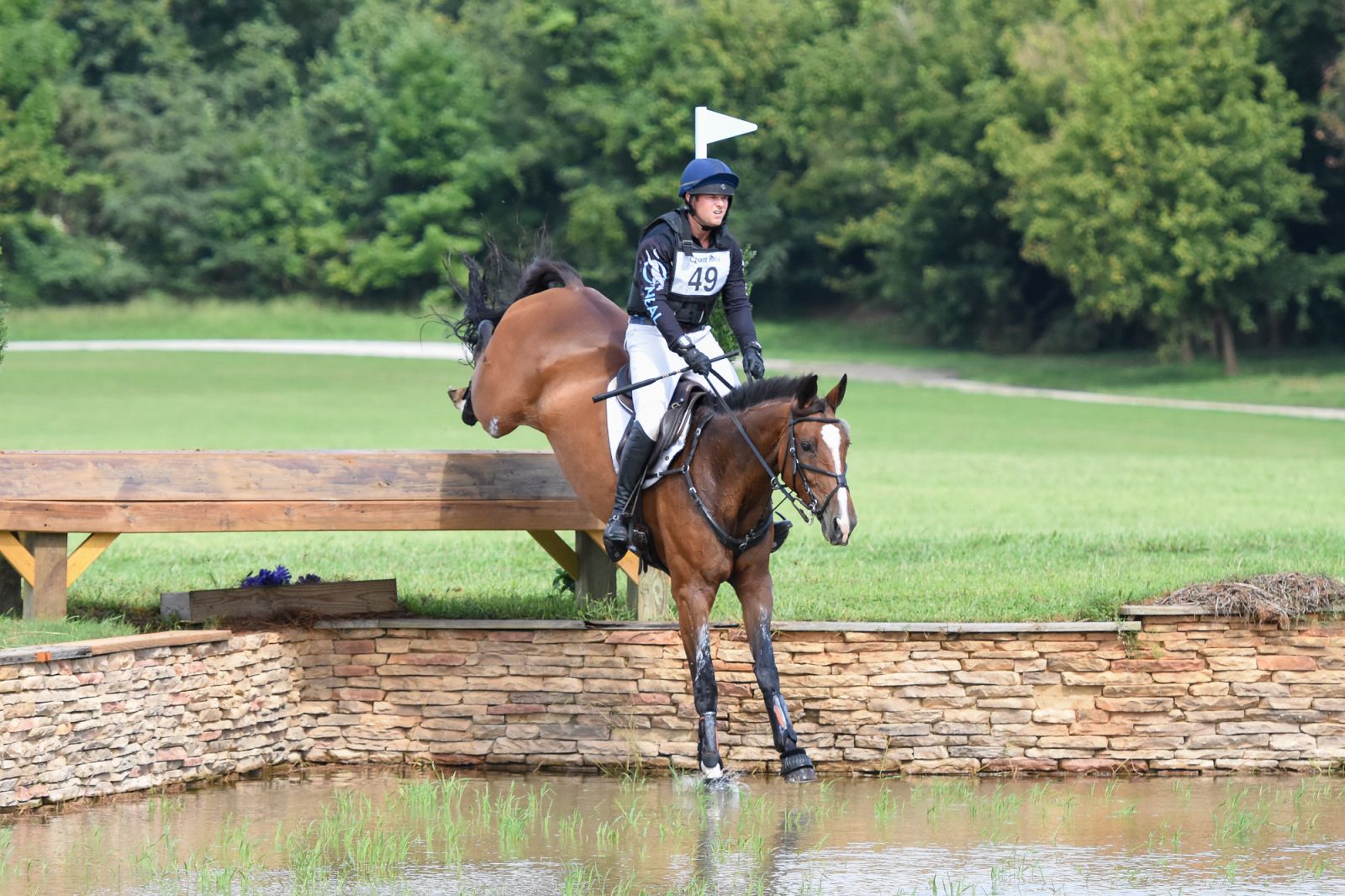 Alex was also 5th with Miss MoneyPenny V. Winners of the dressage, Alex and the 8-year-old Anglo European (Talan x Dime, by Irco Mena) dropped two rails in the show jumping and had a clear round with 3.2 cross country time penalties for a final result of 40.1.

“She won the dressage, and I didn’t give her a very good ride in the show jumping. She’s still green, so she definitely stepped up for the cross country. I was almost a little surprised at how easily she took me around,” Alex said.

This ride is very much the fruit of the family’s labors. Alex’s mother-in-law, Sally Cox, owns the mare, and his wife Ellie has been instrumental in fine tuning the young horse.

“It’s great. Ellie’s mom is here and she’s helping us with our baby and she loves the sport,” he said. “She was really generous in helping me find and buy her. She has given us some amazing opportunities.” 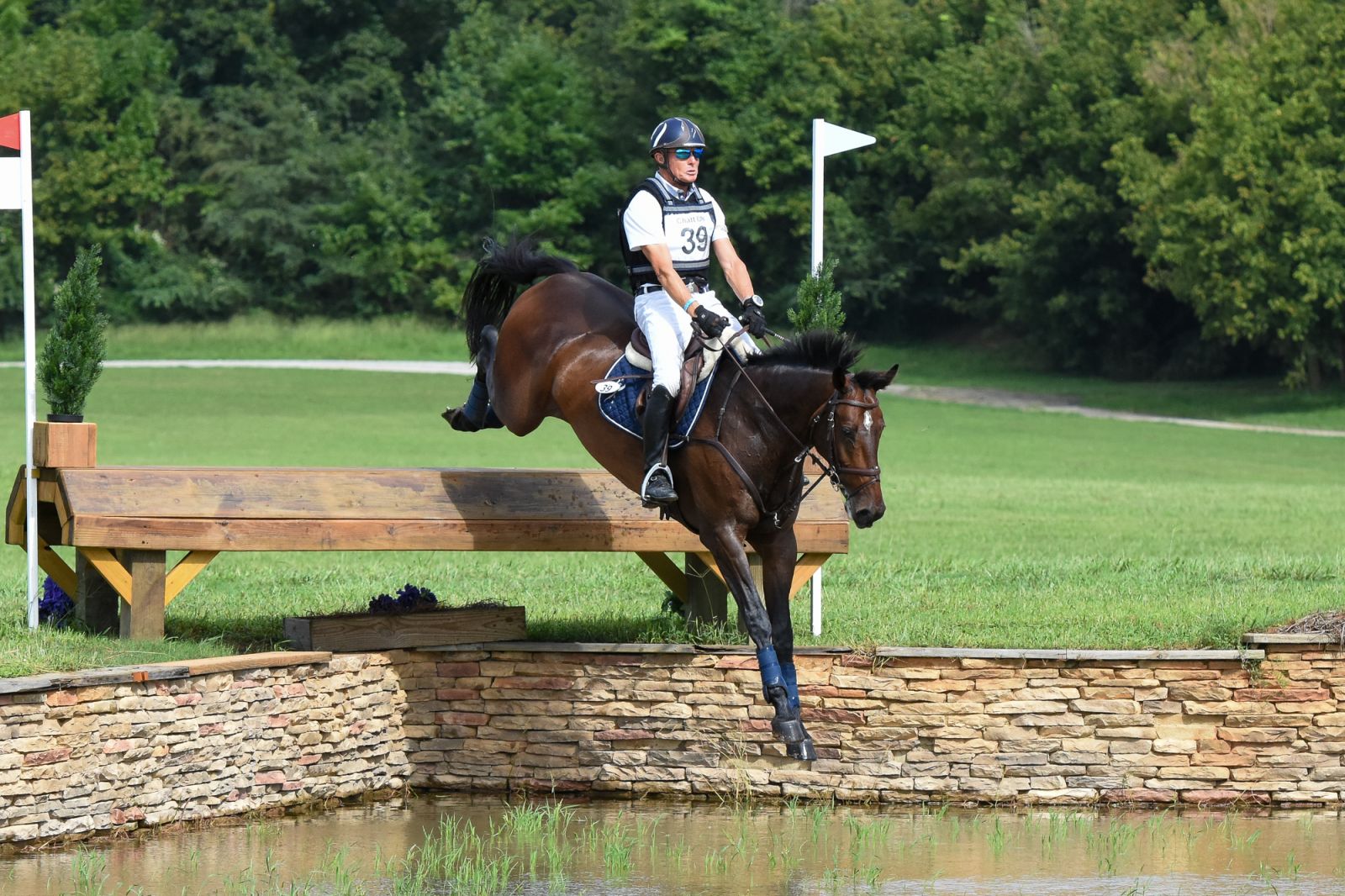 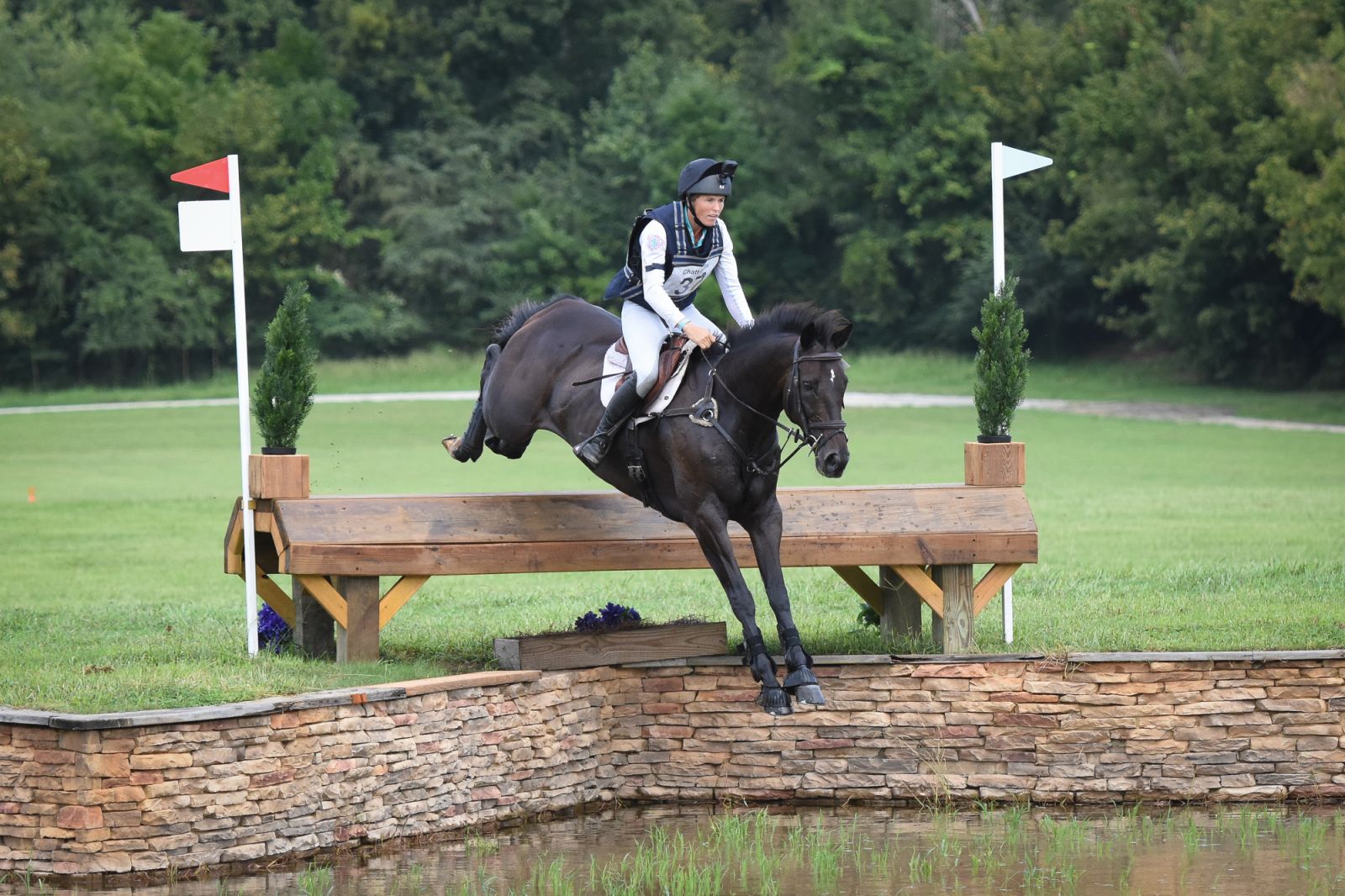 Elisa Wallace and Let It Be Lee, a 12-year-old Thoroughbred (Bernstein x Sugaree, by Broad Brush) owned by Donna Briggs and Rosemarie Spillane, finished in third place. This partnership used the jumping phases as a ladder, moving from 14th to 3rd thanks to two double clear jumping efforts for a final result of 38.5. 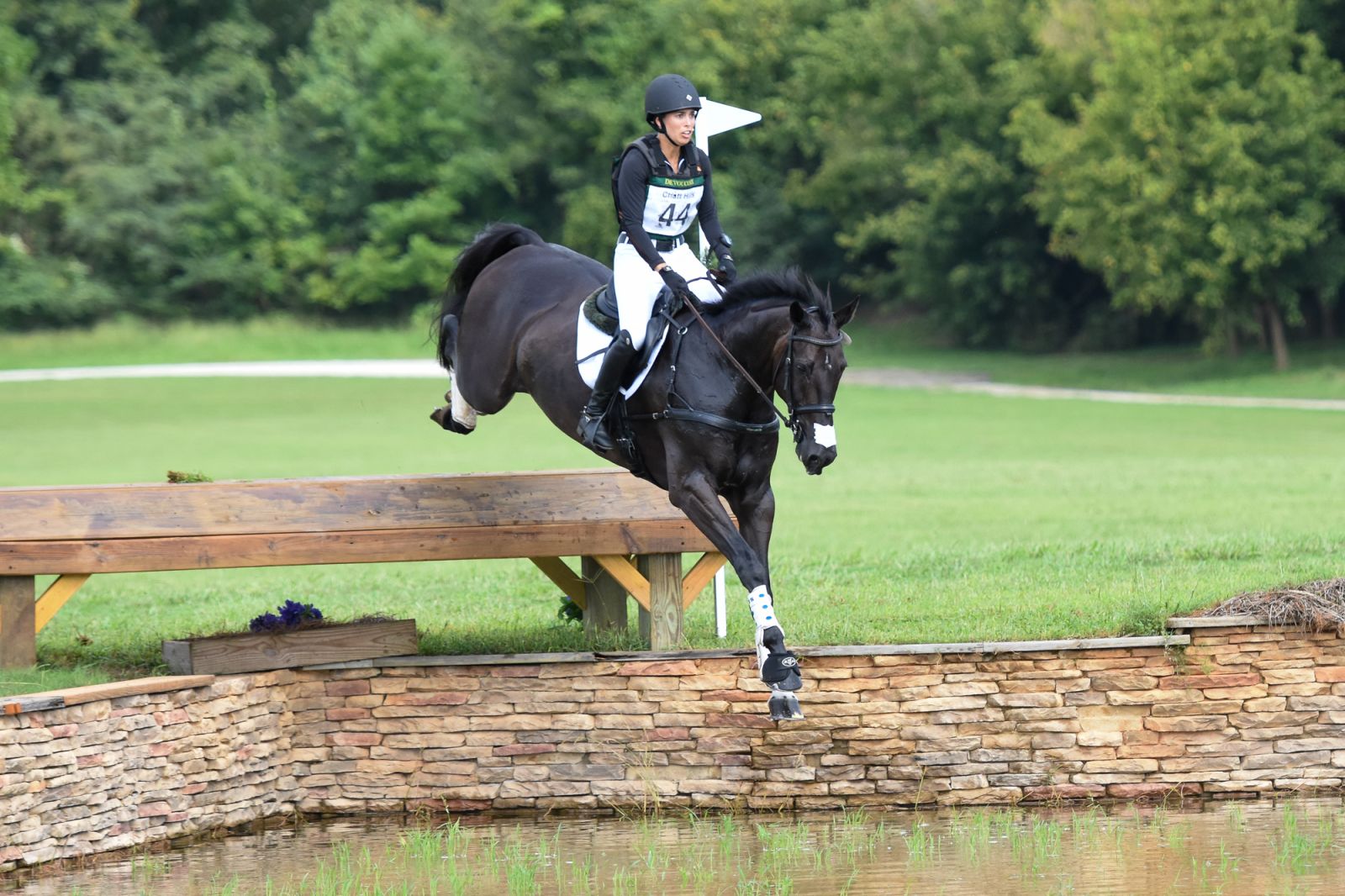 Devon Brown and her own 8-year-old KWPN Hickstead finished 6th. This partnership saw only 3.6 penalties added for a final score of 44.9. Zoe Crawford and K.B.S. Quick Strike were 7th on a score of 45.3. Maxine Preston and Shannondale Magnum were 8th on 45.4 points. 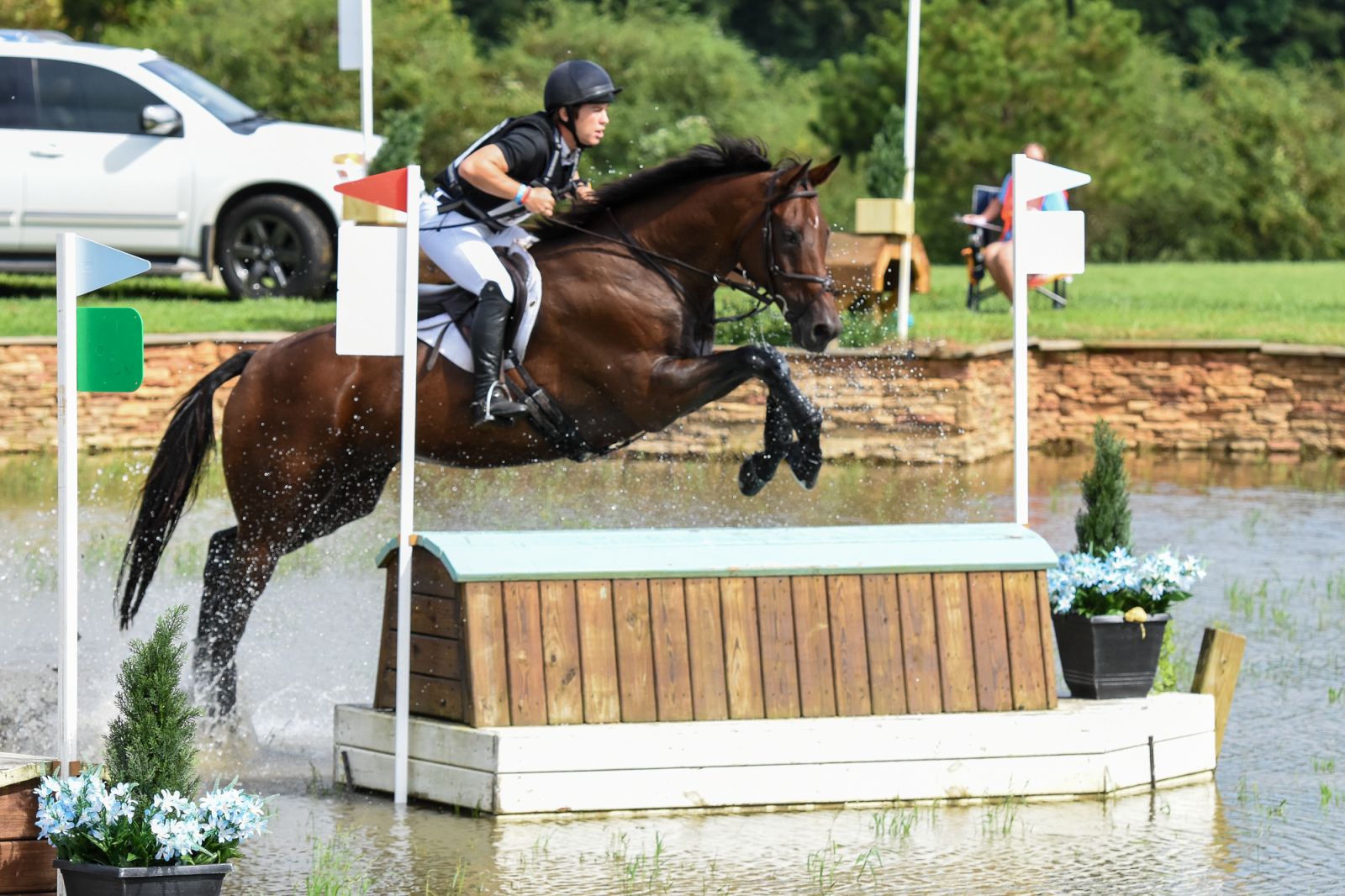 Briggs Surratt and Ultimate Victory wrapped up in 9th place with a score of 48.1, and Nilson Da Silva and Lady Colina were 10th on a result of 50.6.