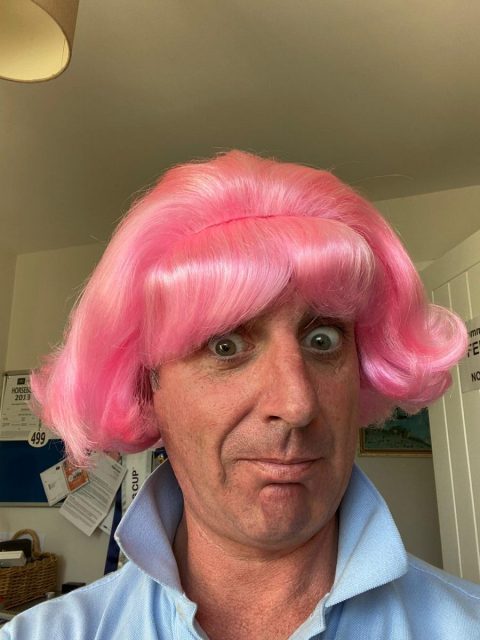 Move over, Kim Kardashian — when venerated Olympian and consummate professional William Fox-Pitt took to the jog strip this evening in drag, he truly did break the internet. But the team behind Virtual Eventing were quick to get the wheels back on this bus (impressive, really, as the rest of us were all laughing too hard to have been much use in a crisis) and carry on — or should that be Carry On — the proceedings.

And what proceedings they were. We’ve now seen more eventing chaps in drag than we quite know how to process, plus some reverse drag from US rider Hallie Coon, who presented her 2019 USEA Mare of the Year Celien. We’ve also seen several unicorns — give us a match race between Gemma Tattersall and Warren Lamperd, we beg you — and, erm, a mullet, courtesy of (who else?) Boyd Martin. We’ve enjoyed an evening full of dodgy stethoscopes, questionable footwear, and eventing in-jokes (anyone who caught the 2019 European Championships prize-giving will have shared a smirk over multitasking commentator Spencer Sturmey‘s mount, the tiny dun Billy the Red-ish).

But now it’s time to take some decisive action and vote for the riders who you think truly outpaced the competition and deserve to win Hi Ho Silver’s Best Dressed competition. You can do so by visiting Virtual Eventing‘s Facebook page — or the post below — but first, let’s recap some of the #LOOKS that were served up on the strip today.

IT’S TIME TO CAST YOUR VOTE FOR THE Hi Ho Silver BEST DRESSED MALE AND FEMALE 🏆🥇
To vote 👇
👍 LIKE THE PHOTO OF THE TROT UP OUTFIT YOU DEEM THE BEST
Voting closes AT 8.30pm ⌛️
👑 WINNERS announced at 9pm (BST)

Posted by Virtual Eventing on Wednesday, May 6, 2020

It was a battle of the unicorns as three very patient greys accompanied their brightly-coloured (and, erm, inflatable) humans down the strip… 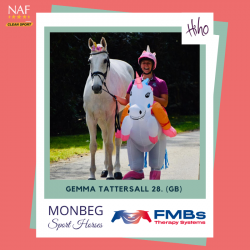 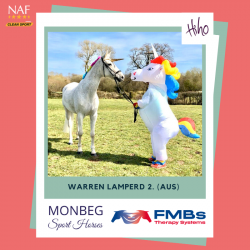 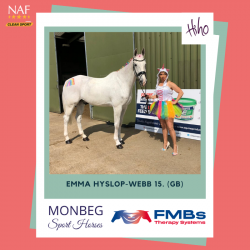 …while men in dresses had a bit of a moment, too, with Will Furlong (Collien P2) taking on the role of a hirsute Snow White and William Fox-Pitt (Cool Mountain) donning a very ‘come hither’ nurse’s uniform. Meanwhile, Tom Rowland channelled his inner Roller Derby gal in a cheeky tutu and some wheels. 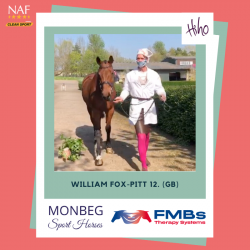 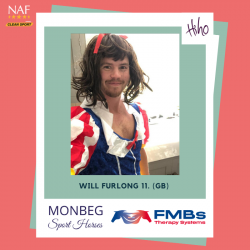 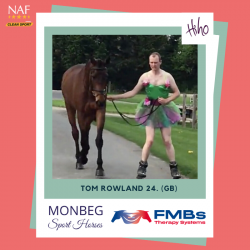 Surely, though, it was Spencer Sturmey who made the most impressive lady — just check out these pins: 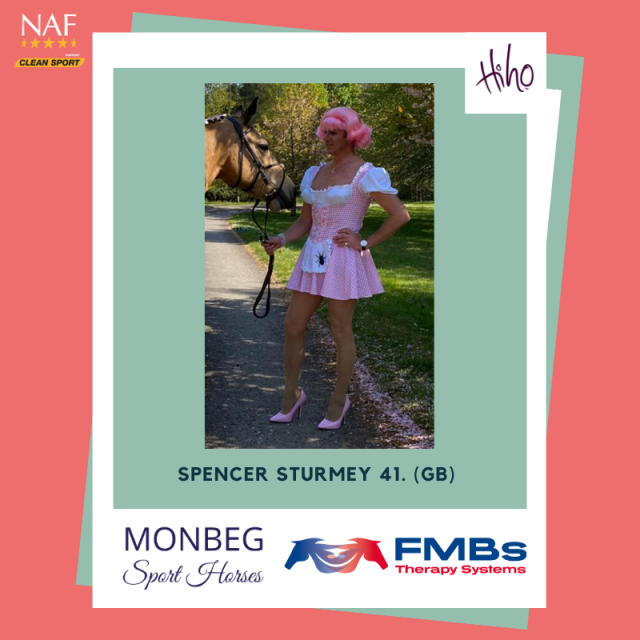 If political heat is your thing, Hector Payne transformed himself into Prime Minister Boris Johnson, while Meg Kepferle dressed up as what appears to be a Trump supporter. #giterdone. (Look, you can harangue me all you like in the comments for that, but I’m British, and we laugh at everything – TB) 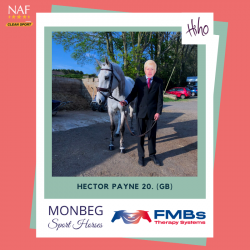 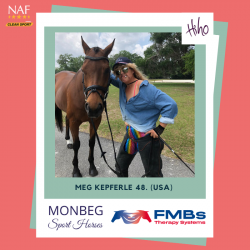 Nobody took national pride more seriously than Vittoria Panizzon, who crafted a skirt out of pasta and came as an Italian stereotype, giving us all a craving for some carbs in the process: 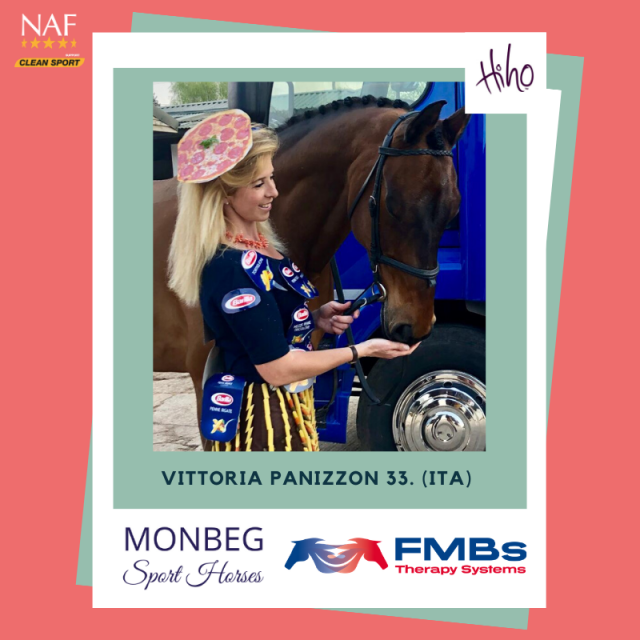 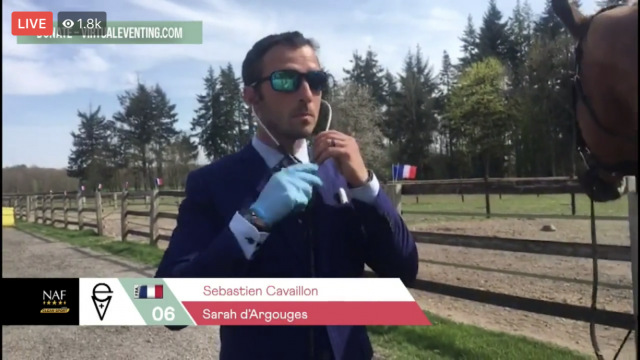 …you may have changed your mind when he stepped out for his jog. Maybe not, though, and that’s cool — we don’t judge here at EN. 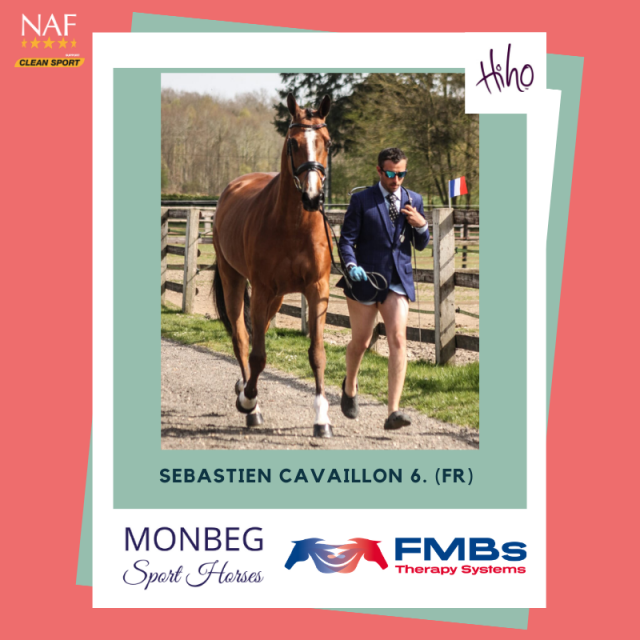 Want to see more? Scroll right back up to that Facebook post and get your voting fingers ready — voting closes at 20.30 BST/3.30pm Eastern time this evening.  You can also donate your spare change to your favourite rider’s charity fundraising page, which will benefit the leading medical charity in their country of origin.

Dressage gets underway tomorrow at 11.00am BST/6.00am Eastern. You can rewatch all the fun from the first horse inspection here. Go Eventing!