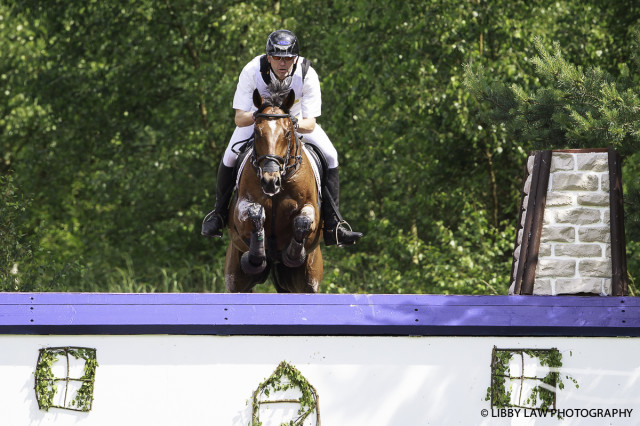 Your new Luhmuhlen leaders: Andreas Dibowski and It's Me xx. Photo by Libby Law Photography.

It was a safe and competitive cross country trip for the horses and riders in the Luhmühlen four-star division today, but the course did its job all the same. We have an all-new top five leaderboard, with riders trading slots more than a round of musical chairs.

Andreas Dibowski (GER) and It’s Me xx had a textbook round and were painfully close to hitting the optimum time exactly, going just one second over and adding .4 to their dressage score for a total of 43.80. This enabled the pair to jump from fourth to first going into show jumping without a rail in hand.

It would be an especially lovely win for Andreas if he can keep everything in the cups tomorrow: He’s the hometown favorite at Luhmühlen, based out of a facility just a few minutes from the event.

“Itsy is a small horse with a huge heart and he was amazing today! The course by Captain Mark Phillips was extremely well built with lots of options for riders and horses. We had perfect conditions with the ground being exceptional! We couldn’t have asked for more,” said a glowing Andreas. “But for us it really started yesterday, when we were riding dressage in the pouring rain. Itsy did the dressage test of his life setting us up for a good score today. We only had a minor insecurity at the third water complex, but that was all and we carried on to finish almost inside the optimum time.”

Andreas Dibowski and It’s Me xx. Photo by Thomas Ix.

By putting in one of only four double clear rounds of the day, Maxime Livio (FRA) and Qalao des Mers skipped their way from sixth to second place. The 12-year-old Selle Francais gelding was absolutely flying over the course like the devil was chasing him, coming in eight seconds under the time allowed with by far the fastest round of the day and plenty left in the tank.

“He was great. He is a very bold and generous horse, always giving 100%. Because there are plenty of French riders fighting for places on the team in Rio — and we didn’t have all the qualifications needed just yet — I decided to take the risk and go for it. We took all the straight routes and he was incredible. Only once he asked me for a little breather but then took off again. Because he is a bold jumper, you need to be prepared for some pretty big jumps. Even taking a big stride into the water will not throw him off balance as he picks up again immediately, ready for the next jump to come.”

Looking toward tomorrow’s phase, Maxine is feeling confident. “Qalao des Mers is a careful jumper and as long as I ride him well, we should be able to stay clear.” 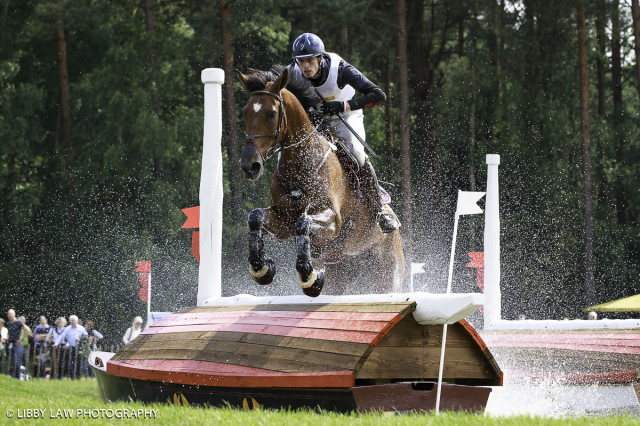 Keeping the nationalities diverse at Luhmühlen, Tim Price of New Zealand rounds out the top three with a fast and steady ride on Ringwood Sky Boy, adding just 1.6 time penalties for the day.

“It was a fast paced track, yet it was a real challenge to make the time,” Tim said. “Ringwood Sky Boy answered all the questions superbly, and after our fall at Badminton we needed a positive round today. For me it was important to find a good rhythm and then to keep up the pace. He was definitely fit enough! Although Ringwood Sky Boy wouldn’t be my first choice for Rio, I think he proved himself today and he might well be a contender.” 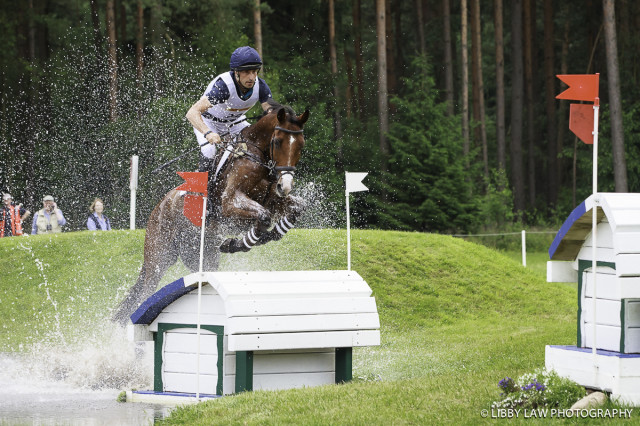 Dressage leaders Julia Krajewski (GER) and Samourai du Thot had a nice trip but just weren’t in the speed hunt today, adding ten points to their dressage score to sit in fifth place behind Oliver Townend and Black Tie. The best place British pair also earned one of four clear rounds today, which catapulted them from 11th to fourth. Julia was in no way disappointed, however, with such a good trip in their debut at this level.

“It was our first four-star-event and I really couldn’t have asked for more! We had a lot of fun out there and all my nerves were settled as soon as we set off. All I wanted to get out of today, was to give him a confident round, time was really secondary. He was listening to me and supporting me all the way.”

Boyd Martin and Crackerjack got their four-star revenge after Badminton by having a smooth and fast trip around Luhmühlen. The pair added just 4.4 penalties to launch them from 20th to 13th, and they’re less than a rail from the top ten. 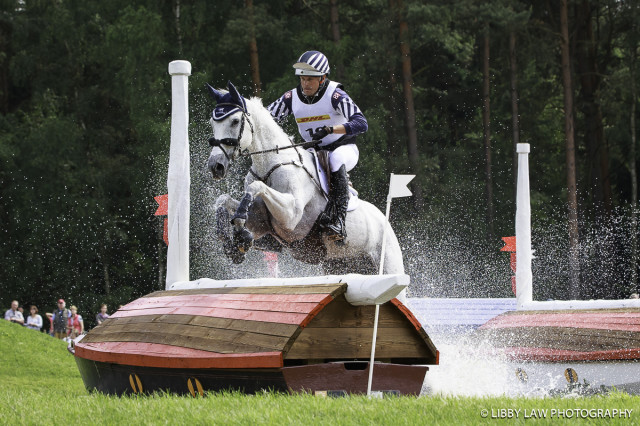 Boyd Martin and Crackerjack move up to 13th. Photo by Libby Law Photography.

It’s a particularly special event for Boyd as he has the whole family in tow: Silva — who is from Germany originally — was on hand to watch Boyd and Crackers tear up the Luhmuhlen course, along with their utterly darling good luck charm, Nox. 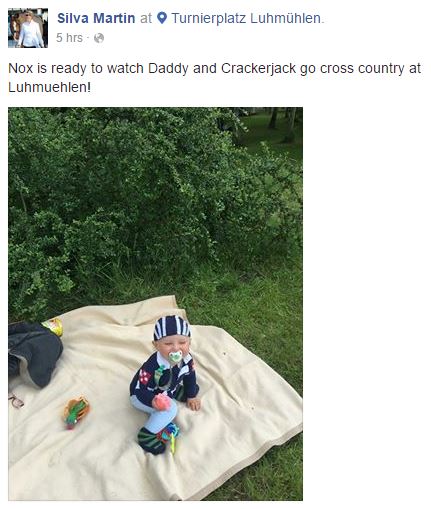 It was a positive day for the sport in terms of health and safety, with no rider falls or eliminations. Arnaud Boiteau of France retired Quoriano ‘ENE HN’ early on course at a pair of hilly, offset trakheners, and Oliver Townend retired his first ride of the day, Dromgurrihy Blue at fence 19, Messner Pond.

Less than a rail separates the top four going into show jumping tomorrow, so we’re likely to see more shuffling in the final phase before Luhmühlen is through. If you want to catch the action on FEI TV, you’ll have to be a very dedicated fan, as the show jumping rounds start at 5 am EST. Or you can catch the full recap here on EN! 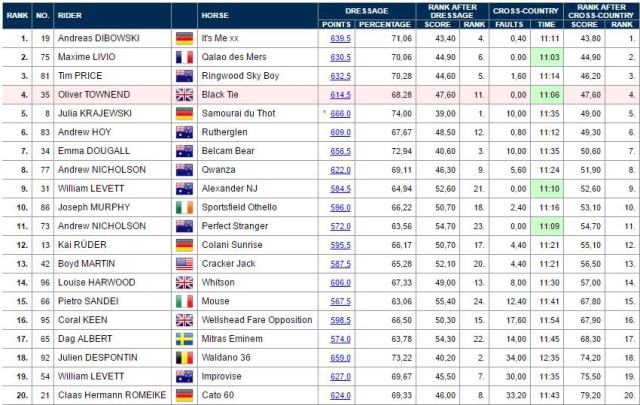