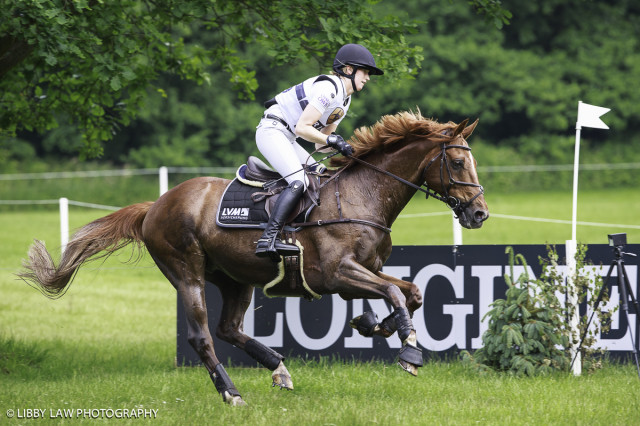 You couldn’t have asked for better conditions at Luhmühlen today, partly cloudy and in the high 60s. The Canadians took full advantage, and were able to cruise home without jumping faults and a handful of jumping penalties.

Rebecca Howard and Riddle Master had been sitting in 21st after dressage with a score of 51.1 and they blazed around a course that made double clears elusive. They avoided any jumping hazards and collected 6.4 time penalties, to launch them up the leaderboard to 12th place and within striking distance of the top ten going into the final phase. 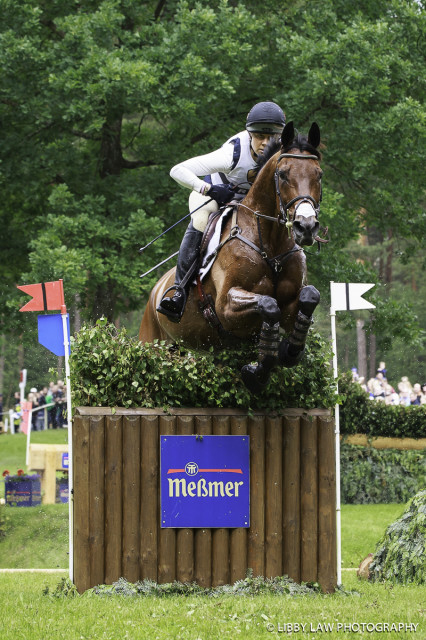 Fellow Canuck Kathryn Robinson and Let it Bee were in ninth place going into cross country and had a clean and tidy round on a technical three-star course, but had a tough go making the time, collecting 13.2 penalties. The pair are in 14th place heading into show jumping tomorrow. 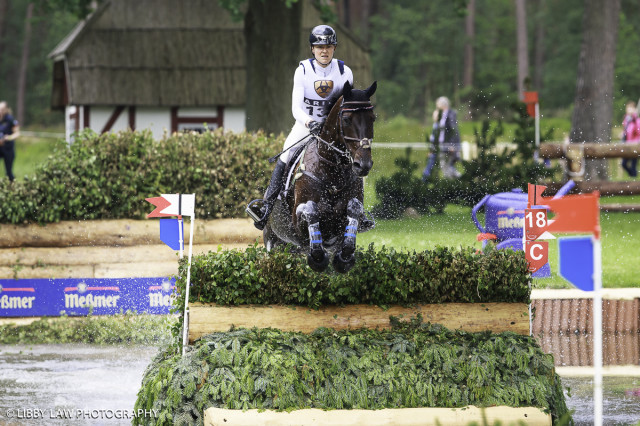 The division leader could not be touched today, and Sandra Auffarth (GER) and Opgun Louvo increased their lead with a double clear. In addition to a flawless round, they also had by far the fastest round of the day, coming in ten seconds under the optimum time of 6:34.

“Wolle really went for it today,” said Sandra. “He was always looking ahead to the next jump, answering every question asked with ease. It was a very fluent and confident round, but then he is a very experienced horse and he really knows what he is doing.” 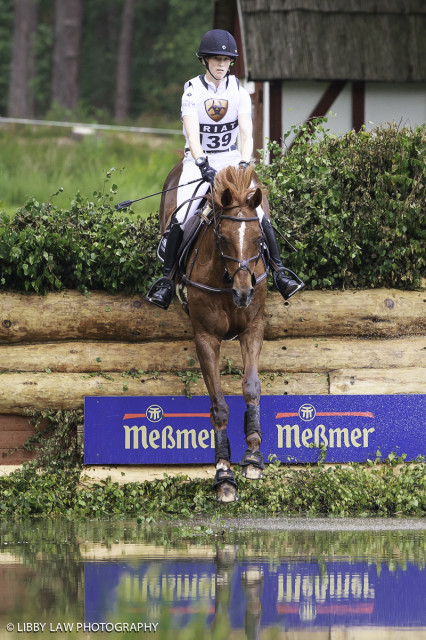 Sandra has never won Luhmühlen but has been runner-up twice, so to win would be a very meaningful day. “I’m hoping for a clear round – it would be a lovely end to a fabulous weekend.”

In second position is the only other clear round of the day, reining Olympic champion Ingrid Klimke (GER) and Horseware Hale Bob OLD.

“Bobby galloped round the course with so much ease, he hardly had a hair out of place! His ears were pricked all the way; he was confident and forward throughout. He is very fit and we were always a little bit ahead of the time. I just let him choose his own pace.”

Ingrid Klimke and move up to second in Luhmuhlen CIC3*. Photo by Libby Law Phography

One non-German managed to sneak into a potential podium spot, as Belgian Karin Donckers and Fletcha van’t Verahof managed to pop up from sixth to third by adding only two time penalties to their dressage score.  It was the fourth-fastest round of the day.

“He is a fabulous horse and he is very fit,” Karin said after her round. “I have had him since he was five, so I built him up all the way. He listened to me very well throughout our round and I rode exactly as I had planned after walking the course. This event was just the right preparation ahead of Rio. We had a positive and confident round, which felt just great.”

It was a safe day on course, and problems were mostly spread throughout, though the biggest problem element of the day was fence 8, the first in a series going through Messmer Pond. There have not be reports of any injuries.

Sandra does not have a rail in hand going into show jumping tomorrow, so it will be a thrilling finish to the CIC3* at Luhmühlen! We’ll have a report on the four-star coming in soon, so stay tuned! 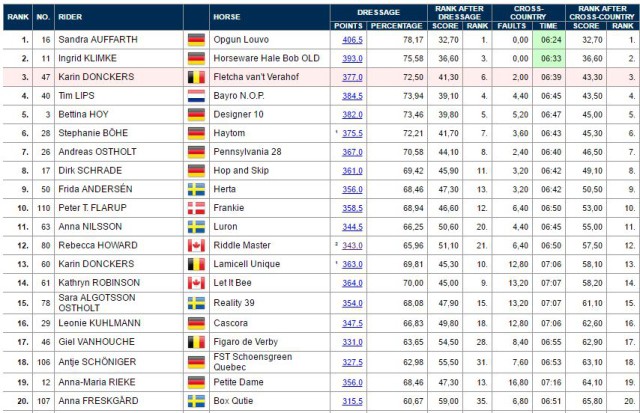