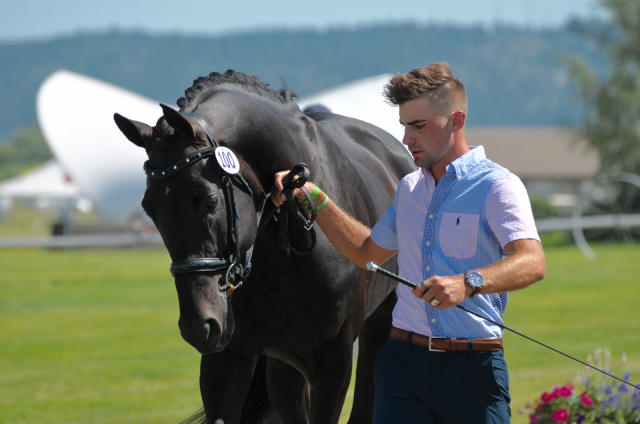 Chris Talley and stallion supermodel Sandro’s Star, hopeful future baby-daddy of my superpony mare Princess! Many thanks to Sandro and his team for taking the time between Great Meadow and Rebecca Farm to help knock her up, fingers crossed! Photo by Leslie Wylie.

The sun was shining down on the Event at Rebecca Farm today as the FEI, NAYC and USEA Classic Series divisions took to the runway for the first horse inspection. It’s absolutely breathtaking out here — green grass stretching for miles, dramatic blue peaks on the horizon, and a warm, hair-tussling breeze.

Looking easy-breezy-beautiful out there, competitors! We’ve on the front end of a long weekend in eventing paradise … what’s not to smile about, really? 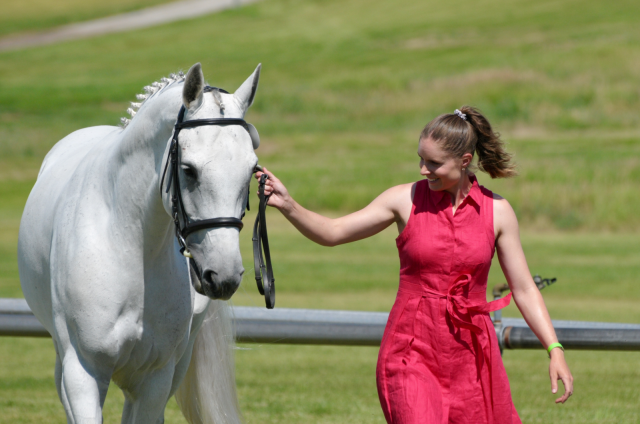 In addition to CCI3*, CIC3*, CCI2* and CCI1* FEI divisions, Rebecca Farm is hosting NAYC eventing as well as Novice and Training Three-Days, both of which attracted dozens of entries. The first horse inspection took the better part of the day, starting at 10 a.m. and wrapping late in the afternoon, a testament to the success of this destination event.

Both the three-star divisions are compact — the CIC3* has 11 entries, and the CCI3* has 12 — but mighty, a fun mix of experienced pathfinders and a few making their debut at the level. They hail from both coasts; you can review the list 2018 Rebecca Farm Travel Grant recipients here.

The FEI divisions were presented before the Ground Jury of Christina Klingspor, Jane Hamlin and Peter Gray. One CCI3* pair, Ellen Doughty-Hume and Sir Oberon, was held but passed upon re-inspection. EN’s in-house fortune teller Maggie Deatrick has used some combination of calculator and crystal ball to deduce a watch-list of CCI3* pairs with an eye on the win — we’ll be sharing those “By the Number” predictions first thing tomorrow.

A few photos from the CIC3*/CCI3* horse inspection: 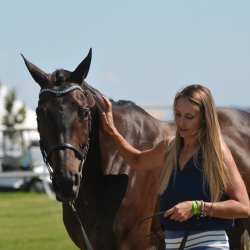 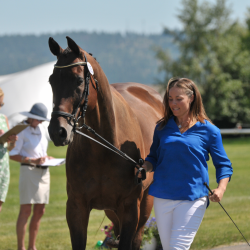 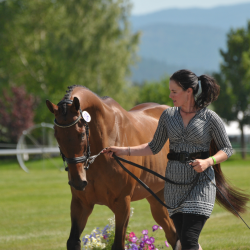 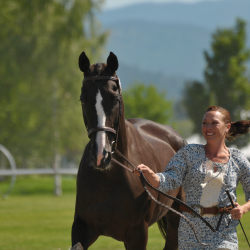 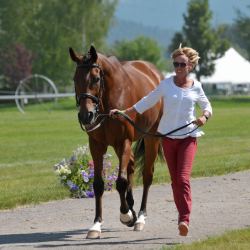 Kim Liddell and Eye of the Storm. Photo by Leslie Wylie. 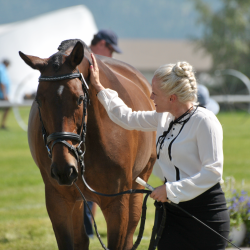 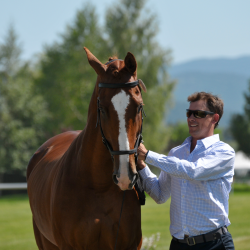 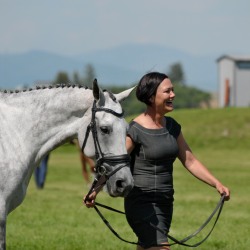 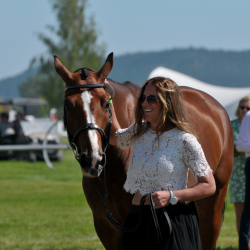 Forty-four out of 45 NAYC entries were green-lighted by the Ground Jury of Jo Young, Robert Stevenson and Judy Hancock to proceed to dressage. Two horses, Annah Yoder’s Ern More Cash (Area V) in the CCIJ1* and Sophie Tice’s Mojo (Area VI) in the CICOY2*, were sent to the hold box. Mojo was accepted upon re-inspection but Ern More Cash was sadly not accepted — bad luck, Annah. The three-star had my camera lens’ attention today, but I promise the NAYC competitors a full jog photo gallery on Sunday! 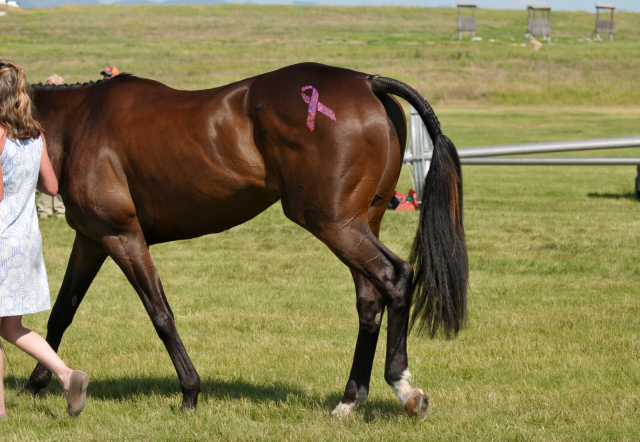 Andrea Baxter and Indy 500 were among several competitors sporting a Halt Canter at X quarter mark. Photo by Leslie Wylie.

Novice and Training horse trial division dressage is already on the books, with Classic Three-Day and NAYC dressage taking to the sandbox tomorrow and dressage for the two- and three-star FEI divisions to follow on Friday. With so many divisions running simultaneously, it’s a challenge to keep up with everything that is going on, but you know EN is on the case!

Much, much more to come. Go Eventing!