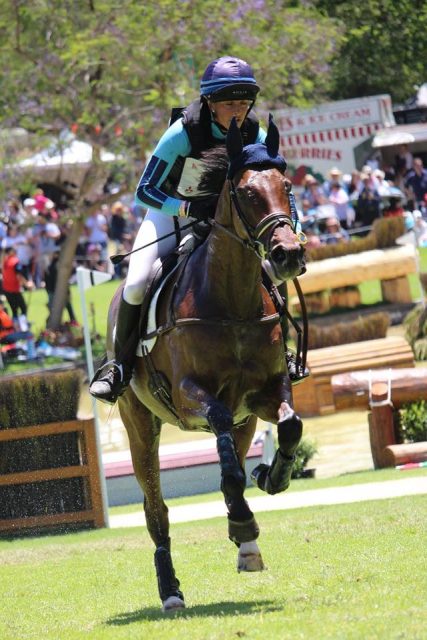 Coming off the course, Amanda and the 12-year-old Thoroughbred (Fusaichi Pegasus x Gypsy Princess, by Sadler’s Wells) had 50 penalty points added to their score for jumping outside of the flag on fence 9C, a  brush corner, according to a report from New Zealand Horse & Pony. Second-placed Hazel Shannon was also given the same penalty at the same fence.

After reviewing video, the Ground Jury ultimately decided to remove the penalties for both riders giving us a sense of déjà vu after last year’s penalty controversy.

Four-star debutants, Amanda and “Ferg,” who is owned by the Pottinger Family, were in 8th place yesterday after scoring a 34.8 on the flat. The kiwi pair picked up 12.4 time penalties to go (almost) straight to the top as the second fastest of the day. They carry a score of 47.2 into the final phase. 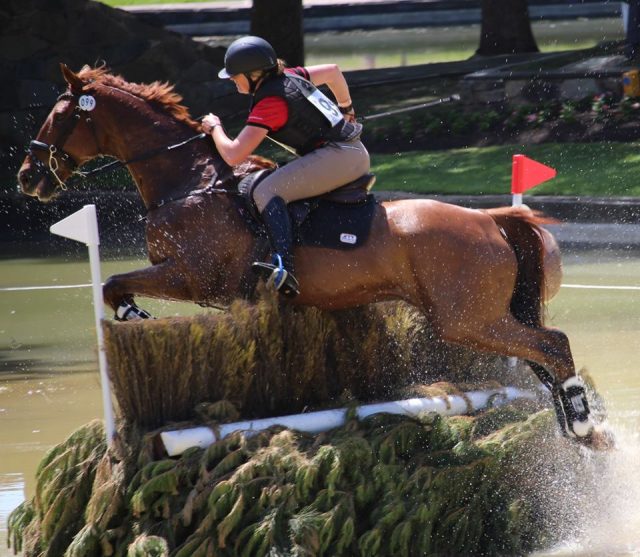 2016 winners Hazel Shannon and Willingapark Clifford, a 13-year-old Thoroughbred owned by Terrence Snow, are looking confident in second place on a current score of 51.5. They added 17.6 time penalties around Mike Etherington-Smith’s track to move up from fifth. 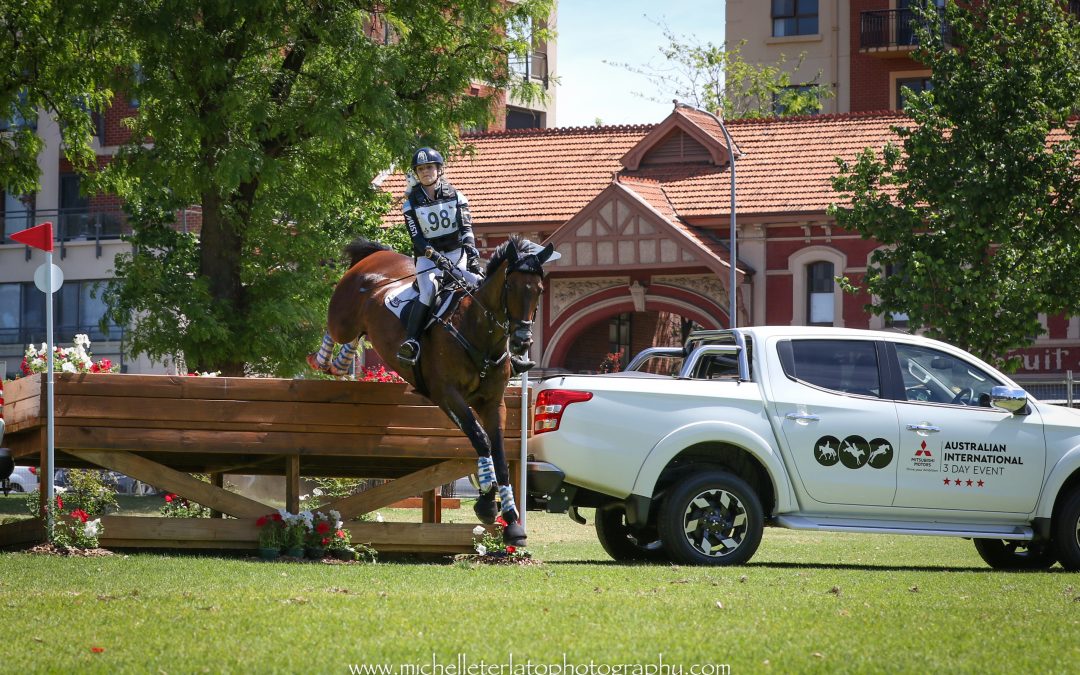 Though they didn’t finish the day in the very top spot, Emily Gray and  Jocular Vision, a 14-year old Warmblood/Thoroughbred (Jubliee Bay x Pocohontas, by Domingo) made the incredible leap from last place to the top three after a challenging cross country test. They were the very fastest pair of the bunch in 11 minutes and 51 seconds for a two-day result of 67.3.

“I knew this wasn’t going to be a dressage competition for us, we were definitely looking ahead to the Cross Country,” Emily said. “I had my plan in my head. It was a tough track, I didn’t know what had happened out there, and I wanted to stick to my own plan.”

Mike Etherington-Smith’s track received rave reviews from competitors and fans. If you missed it, check out a fly-by at this link. Only half of the 24 starters finished. None finished within the time, but Emily Gray was the closest to the optimum time of 11 minutes 27 seconds.

[What a difference a day makes (4* Cross Country results)]