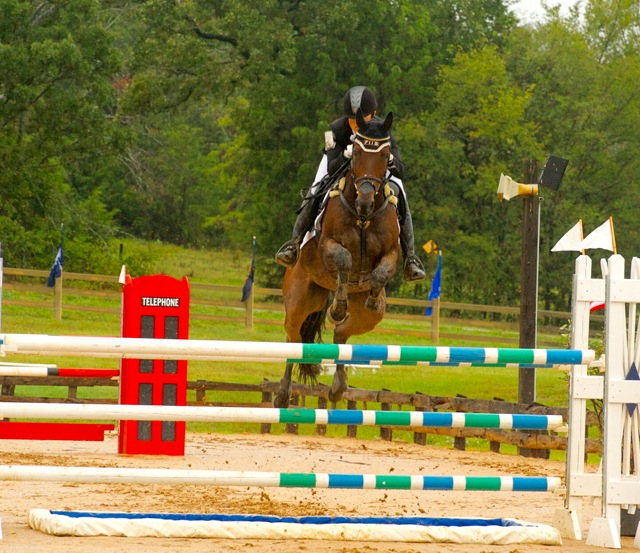 Laine Ashker and Anthony Patch on their way to the 2013 Advanced AEC win. Photo courtesy of Liz Hall.

As the American Eventing Championships at Texas Rose Horse Park in Tyler, Tx. approach, more information has become available on the prizes up for grabs this year. In honor of the 10 year anniversary of the competition, the USEA has announced that almost $100,000 in prize money throughout 15 divisions of competition this year, along with hundreds of thousands of dollars worth of product prizes.

Sponsors such as Nutrena, VTO Saddlery, Devoucoux, Charles Owen, Point Two, and many others will be participating in the prizes, with everything from saddles to therapeutic products being awarded throughout the divisions to the top finishers.

With the ongoing debate on eventing prize money in North America, it is always encouraging to see events that are able to pull together sizable purses to reward those who come to compete. The Advanced division, where Laine Ashker took home the top honors last year, will award a $40,000 purse to be distributed among the top finishers.

“Competing in Texas in the American Eventing Championships was a serious dream come true,” Laine said of her experience last year. “Winning the Advanced class, being named the Gold Cup Champion and taking home the massively large check both in size and measure was, well, surreal. I look forward to trying to make it a repeat again this year in 2014!”

This year’s American Eventing Championships will be held from September 25-28, and if you are on the fence about making the trip I would strongly encourage you to go. Texas Rose Horse Park is a beautiful facility with great stabling, plenty of space, and a beautiful cross country course for all levels. All parts of the park are easily accessible to spectators, and there is also a great trade fair that you can shop to your heart’s content in.

As more efforts are made to bring the level of prize money closer to where many believe it should be, we applaud the efforts of the USEA and Texas Rose Horse Park on making the American Eventing Championships a true destination event.