Hey there Eventing Nation! Our favorite man and pony duo, Chris and Comanchee have sent us an update on their latest eventing adventures. Last we heard, the pair were preparing for the move up to preliminary. A lot can happen in a few short months. Thank you for writing Chris, and thank you for reading! 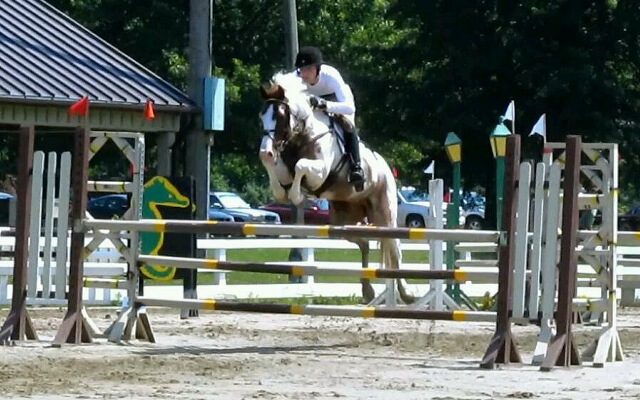 Where do I begin? It has been a while since I did an update on the super pony. In fact, I was just gearing up to do my first prelim with the little power pony… Well, let me take you back a little and catch you all up.

SUPRISES, SUPRISES, SUPRISES!
Tucan Tango aka “Comanchee” has been full of surprises ever since he was born. My parents purchased his Mom shortly after my first pony had passed away to help me deal with the loss when I was 11. We had no idea that she was in foal and even more so had no idea how to deliver a foal. Well, he was born a month earlier then predicted, so his mom ended up having a natural birth and thankfully everything turned out great.  But talk about a big surprise! And so from the time he was a day old I knew we had a special bond that was about to be created! 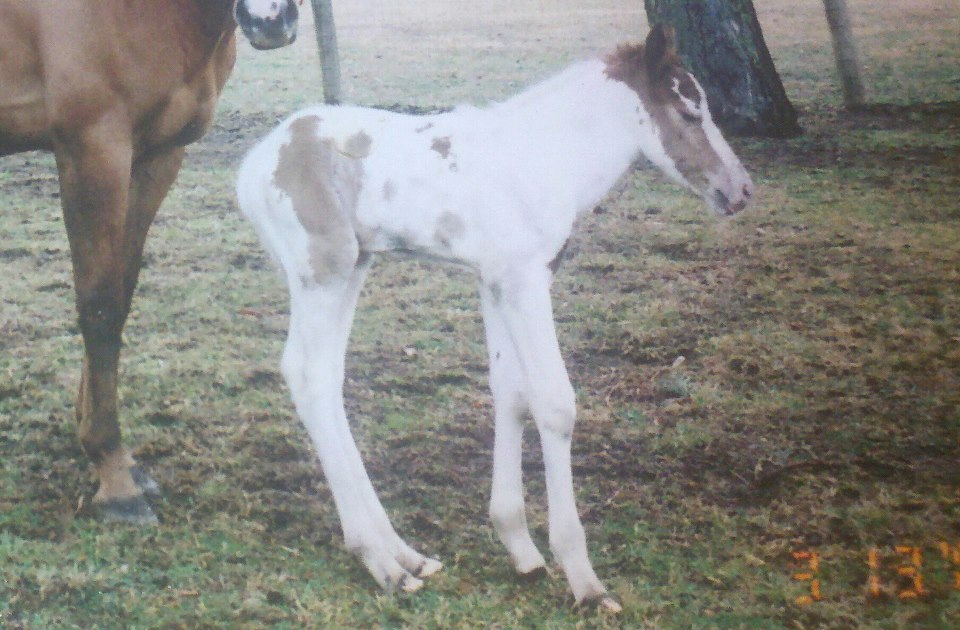 Comanchee as a little tike

As you know, Comanchee jumped around two trainings perfect and we were moving up to prelim. Well, minus a few rails, Comanchee stormed around three prelims foot perfect. I chose to do an Intermediate/Prelim at Waredaca to give us a little more challenge in the show jumping and to see how he would score in the dressage. I couldn’t have asked him to be any better. He scored a 46 which I was a little disappointed but then I thought to myself he is a pony doing an intermediate test only 7 months into his eventing career so I was pretty happy with it. He jumped a big course in a small arena to have only one down and again stormed around the cross country.

Chris and Comanchee around Fair Hill:

And the mound again:

The Big, Scary Red Numbers.
After a great show at Waredaca, and after discussing with my trainer Ryan Wood, we thought Comanchee was ready to move up to Intermediate. I couldn’t have been more nervous, as it was both of our first Intermediate, and the course at Loudon was sure tough enough. We had a much better test putting in a 40.4 which minus a few silly mistakes was much improved from our I/P test. The show jumping was on the side of a hill and left us with 3 rails and  some homework to work on but I am always glad to have homework because that’s what makes us continue to become better and better. Once again Comanchee proved to have endless scope and a heart of gold as he stormed around the big track, batting an eye at nothing! I obviously didn’t run for time with the intention of just getting around, and HE DID! I can’t say I’m surprised as he has always tried so hard with everything I ask.

In to the Future…
As of right now we are headed to our home event Plantation Fields in the Junior Open Intermediate. And then we will head to Virginia in the fall for another Intermediate run. My goal is to shoot for the two star at the North American Young Riders in 2013. We will give the super pony some rest and relaxation after Virginia and then start him back up going into Aiken, with a run at Prelim and then move back up to Intermediate. We’re planning on running in the two star at The Fork as well as Bromont,  and then shoot for Young Riders, however I completely feel  that the welfare of the horse is the most  important so I will listen to him and let him decide how far he wants to go. As I see it right now the sky is the limit.

Until next time sit back, kick on, and fly high!
Chris Talley