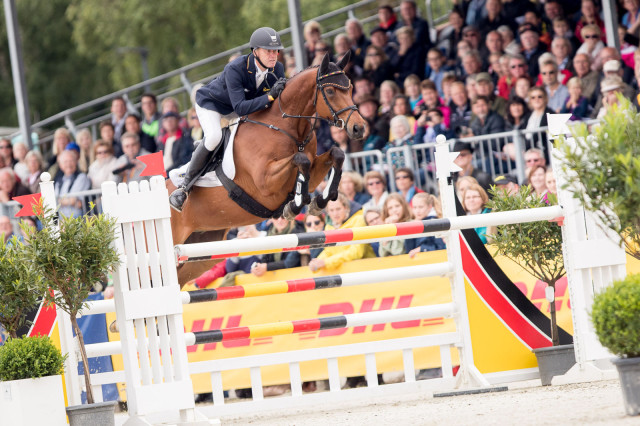 Andreas Dibowski and It's Me xx are your Luhmuhlen CCI4* winners! Photo by Thomas Ix.

Andreas Dibowski and Itsy would not yield to the pressure of the stacked leaderboard beneath them, and put in a magnificent clear round to win as hometown favorites in the Luhmühlen CCI4* this morning. The long and meticulous four-star course was theirs for the taking, and a fresh and careful Itsy managed to leave the rails in the cups.

“My team and I never thought this was possible! Itsy has been with us since he was four and it has been a real roller coaster ride ever since. He started out very promising as a youngster, but was then out due to injuries as a five and six year old. Since then we have been slowly building him up, however somewhat struggling with keeping on his shoes. Last year he really started to establish himself at three-star-level and this year he was constantly improving in all three disciplines. Here, he really presented himself at a whole new level!” On Friday he did the test of his life in the pouring rain, flying round the cross-country on Saturday and totally rocking the show jumping today.”

“He hasn’t got the biggest jump in him, yet he doesn’t seem to realize this. He was confident throughout every phase of this competition and we are massively proud of this tiny horse. Of course I was nervous before today’s show jumping, the pressure was on because we were all so close together, there was no room for errors and I knew the other horses would be very strong. However, Itsy seemed to grow in confidence in front of the crowd and he produced a fantastic round for me.” 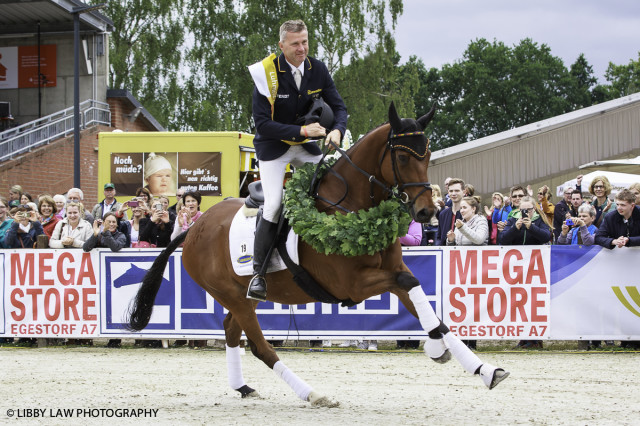 Andreas Dibowski and Itsy on their victory lap. Photo by Libby Law Photography.

Maxime Livio (FRA) and Qalao des Mers certainly didn’t make it any easier on the eventual winners, as they too put in a clear round and were the only pair ensuring that Andreas wouldn’t get a rail in hand. The pair finished on their dressage score, and were one of only two teams to do so today.

“I knew if I was doing everything right, we would have every chance at staying clear today, “Maxime told the press. “My horse is very bold and careful, and unless I mess up, he will do his best every time. This is actually only our second four-star-event; coming second twice is pretty amazing.” 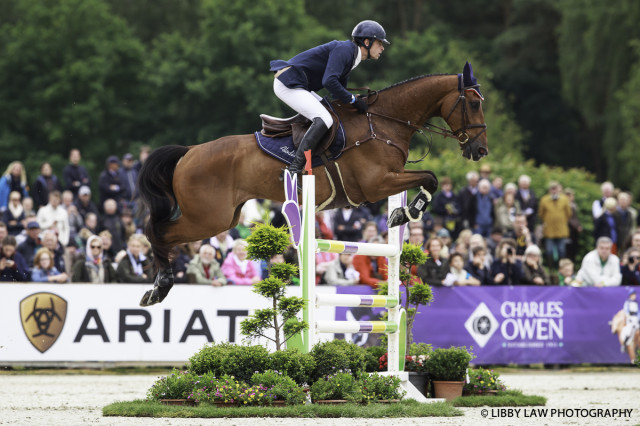 Another German managed to put in the clutch performance of a lifetime to nab the last spot on the podium: Four-star rookie Julia Krajewski and her ten-year-old Selle Francais gelding Samourai du Thot. They made their presence known on the world stage this weekend, and sealed the deal by putting in a much needed double clear show jumping round to pop above Tim Price and Ringwood Sky Boy to take third.

“He is simply amazing and I can’t stop smiling. I am so happy with how things went for us: he just got better and better,” a glowing Julia said at the press conference. “His dressage test was strong, but his cross-country was out of this world. He was confident and seemed to get better with every jump. In this mornings vet inspection, he moved like we had been on a hack and not round a four-star-cross-country-course yesterday. The show jumping seemed so effortless for my little fighter, Sam really left me speechless with his performance.” 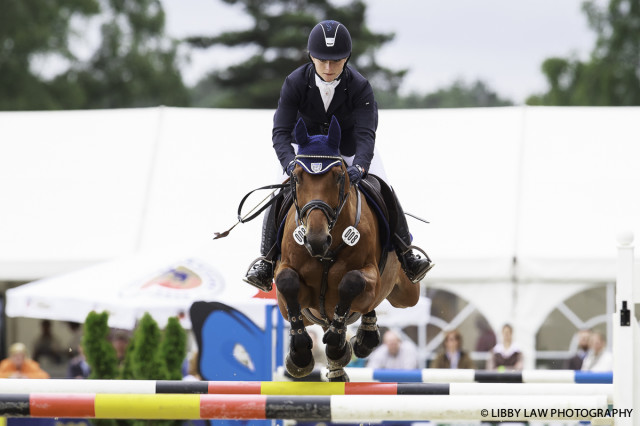 Our American hero Boyd Martin also finished his weekend in winning style with Crackers, having just a single rail down today. With only a handful of double clears today and both rails and time being a factor, their solid performance moved them from thirteenth to tenth place. We think you’ve officially shaken the Vicarage Vee, Boyd! 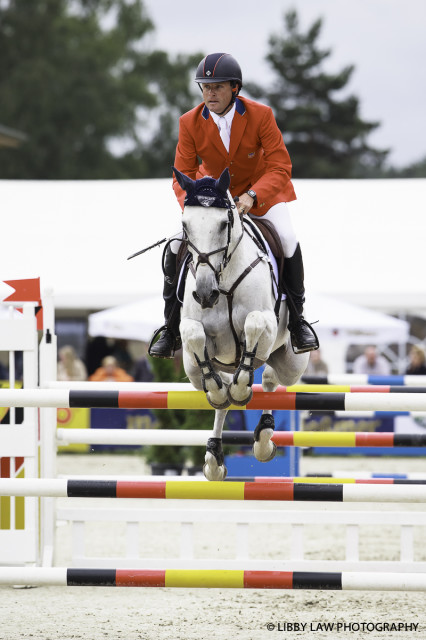 The only other pair to finish on their dressage score were Andrew Nicholson and his unbearably handsome chestnut, Perfect Stranger. This is Andrew’s first first four-star since his accident, and it’s positively wonderful to see Andrew back in world class form. They finished the weekend in seventh place.

There were two withdrawals prior to dressage: Oliver Townend (GBR) and Black Tie, who had been sitting pretty in fourth place after cross country, and Emma Dougall (AUS) and Belcam Bear, who were in seventh. No word yet on the conditions of Black Tie or Belcam Bear, but we send them both our best wishes to be back at it soon.

The CIC3* show jumping ran immediately following the CCI4*, so we’ll be bringing you another report from Luhmühlen soon. 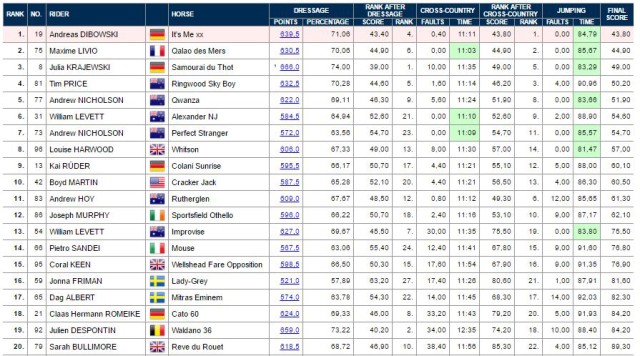