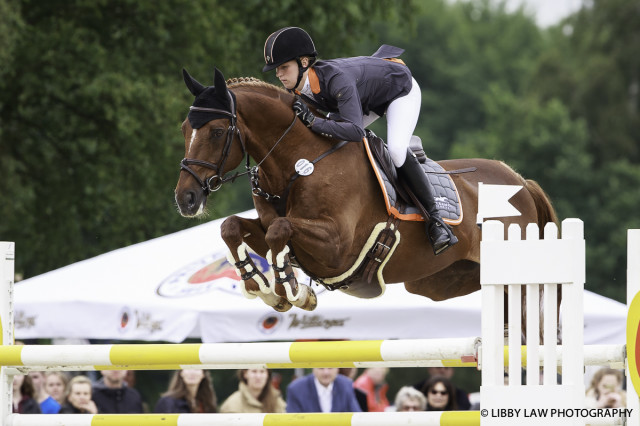 Sandra Auffarth and Opgun Louvo had a beautiful finish to their Luhmühlen weekend, winning the CIC3* and the German National Championship in flawless style on their dressage score of 32.70. The pair did not have a rail in hand as the final round of the day, but they could not be shaken from the top slot.

“We had a wonderful weekend with perfect conditions! The entire organisation could not have been better and I would like to thank Julia Otto and her team for making this event so special! “Sandra said. “Wolle was amazing all week – his dressage was very expressive and he was very motivated going round the cross country. Today he was concentrated and really fit, making my job very easy.”

Ingrid Klimke (GER) and her twelve-year-old gelding Horseware Hale Bob OLD also finished on their impressively low dressage score, keeping the pressure on Sandra throughout the phases and taking silver.

“I am very happy with Bobby this weekend. He was fabulous and consistent in all three disciplines, and I couldn’t be happier with the result.” 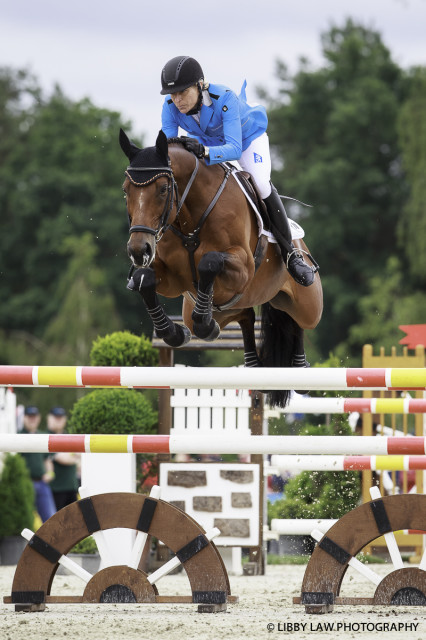 It was a great weekend for Germany to demonstrate their dominance on the road to Rio, as they took two of the three podium spots in both the CIC3* and CCI4*. All this even while arguably their best rider, Michael Jung, wasn’t even competing. Sandra and Ingrid were also a couple rails ahead of their next nearest competitor in this division. The other teams will certainly have their work cut out for them at the Olympics later this summer.

Tim Lips of the Netherlands and Bayro N.O.P. were able to slide into third with their clear round in show jumping, finishing their weekend on a 43.5. Karin Donckers and Fletcha van’t Verahof had been in third after cross country, but withdrew overnight.

“My horse is a brilliant jumper, he is bold and careful,” Tim told the media. “We had a great cross country round yesterday; Bayro was simply amazing! There is a little room for improvement in our dressage, but there is time yet until Rio. For me the most important thing was to have a positive experience here as Bayro is my first choice for the Olympics.”

In the national championship for Germany, Andreas Ostholt and Pennsylvania 26 came in fourth, making him the third-highest German rider and therefore clinching the bronze medal. 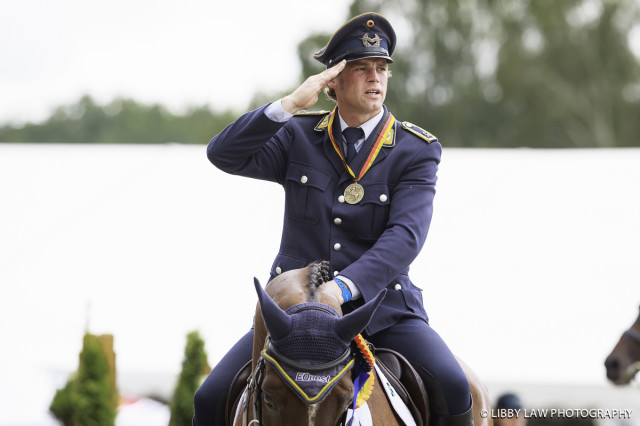 The Canadian contingent had a very strong showing today, both finishing in the top 15.

Kathryn Robinson and Let it Bee put in a superb double clear show jumping round to pop them up the leaderboard from fourteenth after cross country to finish ninth. Kathryn and her 15-year-old Westphalian gelding have been campaigning at the upper levels for several years, and this is another wonderful feather in their cap over a long and successful career (with no signs of slowing!) Congratulations, Kathryn! 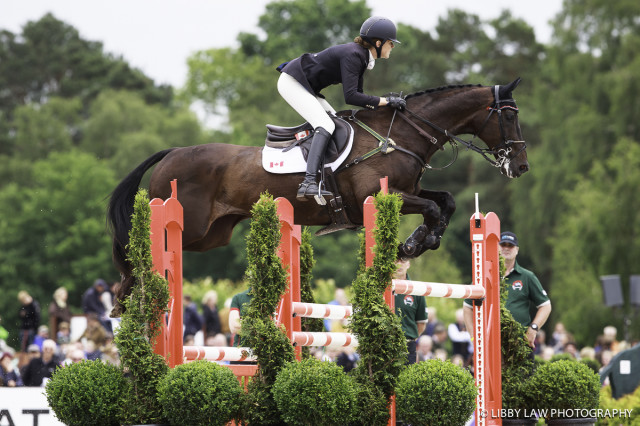 Rebecca Howard and Riddle Master brought just one rail down this afternoon, moving them up one spot to finish in 11th place on a 61.5. Two solid jumping phases were able to move the veteran pair up ten slots altogether. A big congratulations to these two North American favorites, as well! 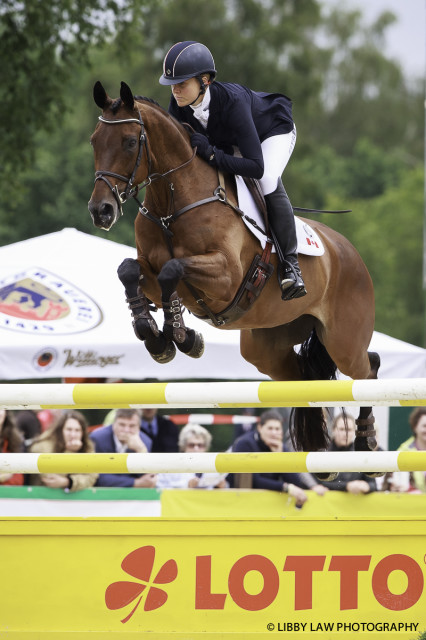 There was an unusually high number of horses withdrawn or who did not pass inspection at the CIC3* jog this morning. The following pairs presented, were sent to the holding box, and upon reinspection were not accepted:

Theo van de Vendel (NED) and Zindane were sent to the box as well, but passed the second jog.

There were also many pairs who opted not to jog this morning in addition to Karin Donckers and Fletcha:

We have not received any further reports on the horses’ conditions, but we will update with any news. In the meantime, we wish all the horses and riders our best to be back in the game soon.

As we count down to Rio, German Chef d’Equipe Hans Melzer suggested that we’ll be getting an announcement on the final team soon. “All our riders did extremely well. We now have selected the pairs we would like to take to Rio and I am confident we have picked a strong team.” we should expect to hear something soon on the German eventing team selections, as well as a few other nations. Be sure to keep checking in with EN as we make our way toward the 2016 Summer Olympic Games! 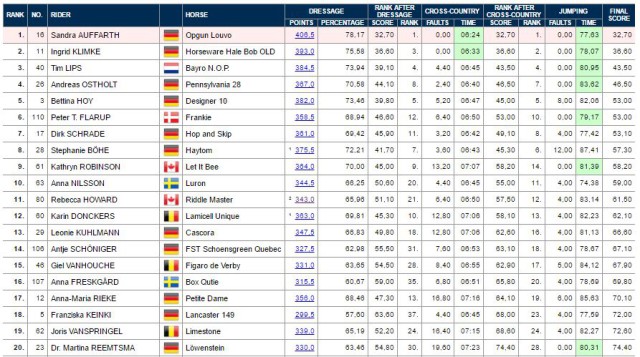