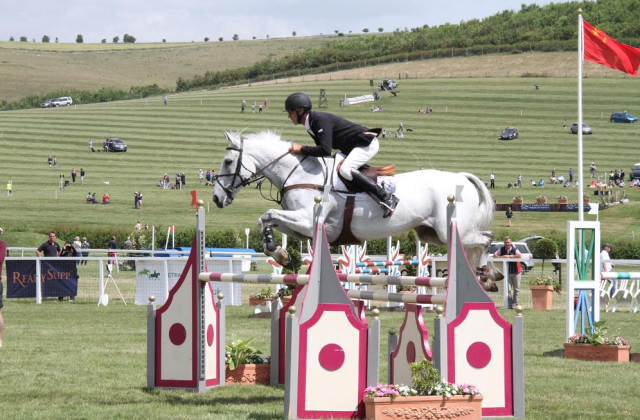 Andrew Nicholson and Avebury on their way to a clear round. Photo by Katy Vincent.

Clear rounds were a bit scarce this morning in the CIC3* show jumping at Barbury, but Andrew Nicholson and Avebury laid down a penalty free round to hold their lead going into tomorrow’s cross country finale.

“He definitely knows where he is,” Andrew said of Avebury. “When I got on him yesterday to ride down to the dressage, he was very quiet, but when I got on him today, he squealed because he knew he was going to jump. Let’s hope he remembers what he has to do across country tomorrow!”

Surely, Andrew is no stranger to riding under pressure, so we can expect him to give Avebury a great ride tomorrow. A four-peat is well within his reach — we’ll find out tomorrow!

The pro shows how it’s done. Avebury goes clear and stays on track for win no4 #barbury2015 pic.twitter.com/SHC7s42Ors

Second placed overnight, Francis Whittington and Easy Target picked up four penalties to drop down into seventh place, opening the door for several pairs to move up a spot. Nine of the top 10 and 16 of the top 20 jumped clear, though these clear rounds become harder to find further down the board.

Alex Hua Tian and Don Geniro’s clear round was rewarded with a bump back up into second place, 3.4 penalties off from Andrew and Avebury. Andrew and Nereo also moved up a spot, from fourth to third, thanks to their clear efforts.

We see three newcomers to the top 10, who were rewarded with big moves up the board after their clear jumping efforts. Laura Collett and Diana Chappell’s Grand Manoeuvre shot from 15th to eighth and will take a score of 43.3 into cross country. Formerly campaigned by Nick Gauntlett, Grand Manoeuvre finished 9th at Barbury in 2013.

Also moving into the top 10 are French rider Astier Nicolas and Piaf de B’neville, who most recently came second in the CCI3* at Saumur. This pair will have a 43.8 going into cross country tomorrow. 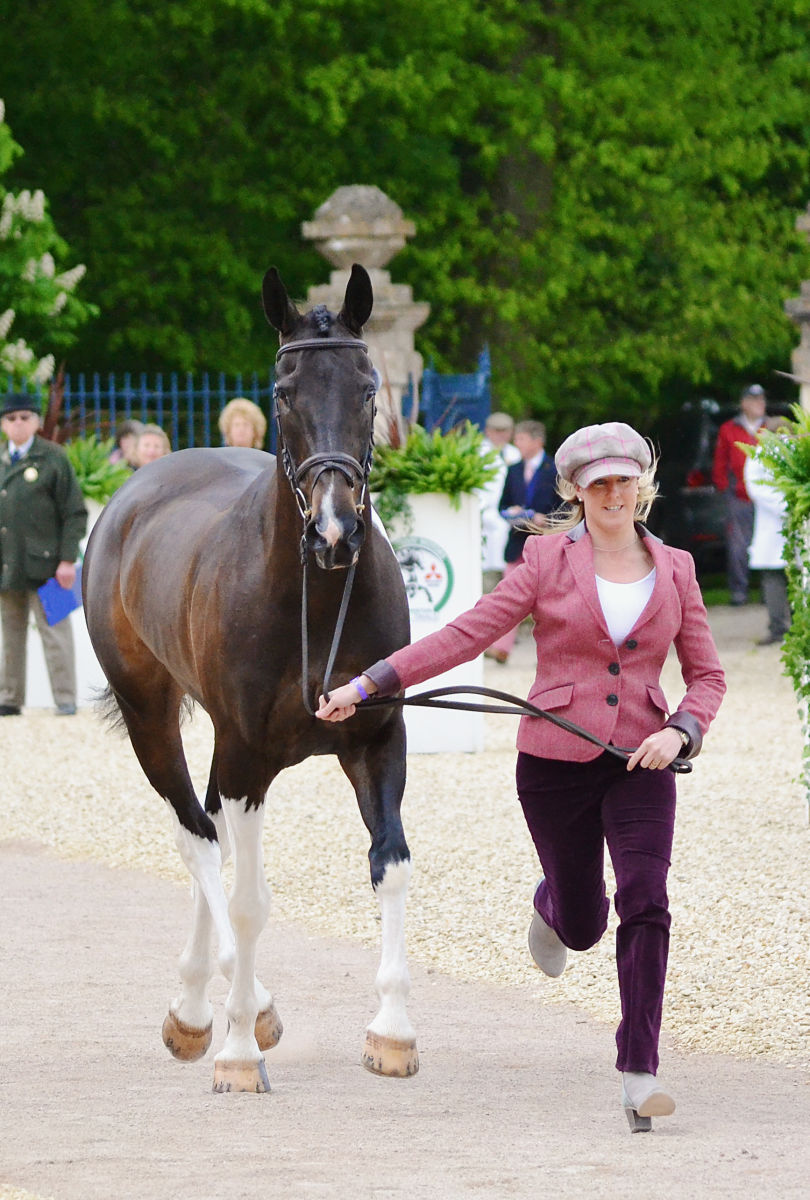 And finally, rounding out the top 10, are Nicola Wilson and Beltane Queen, the colorful mare who stole our hearts at Badminton, where she finished 19th. They’re on a 44.1 after the first two phases.

The sole American in the CIC3* this year, Katherine Coleman and Longwood, will be in 92nd place today after a tough show jumping left them with 22 penalties added. This pair completed the CIC2* at Barbury Castle in 2014.

The CIC3* will run Capt. Mark Phillips’ cross country in reverse order beginning at 12:30 p.m. local/6:30 a.m. EST time. As always, don’t miss the great live stream here. Tomorrow will be a nail biting conclusion for those who are rooting for a win from Andrew Nicholson and Avebury.

We’ll be bringing you more coverage from the conclusion of Barbury, so stay tuned for much more.