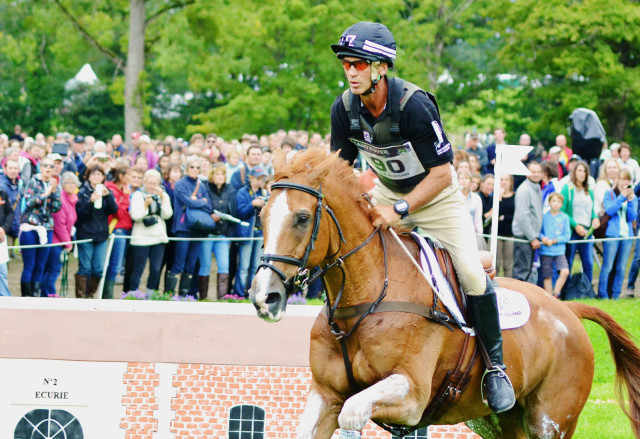 Andrew Nicholson has only missed two Olympic Games since 1984 but the six-time Olympian won’t be making it a seventh in Rio de Janeiro this summer.

The New Zealand legend, whose fourth-place individual finish with Nereo at the London Games in 2012 helped his team secure bronze, has been embroiled in a legendary squabble with Equestrian Sport New Zealand since the 2014 World Equestrian Games — and it won’t be resolved before the upcoming Olympics.

After the broadcast NZ Horse & Pony Magazine followed up with ESNZ’s chief executive, Vicki Glynn, to clarify what was meant by “not selectable.”

Vicki told us that Andrew could not be considered for selection, as he has not met a number of administrative tasks required of all riders who were eligible for the Games.

“While Andrew did send in his initial paperwork for the Olympics, he has subsequently chosen not to complete a number of the other administrative requirements required by all riders looking to head to Rio,” she says. “There is a huge amount of information needed, not just about the rider, but also the horse, the owners of the horse and the groom.

“We have sent multiple reminders to both Andrew and his representative; however, the deadlines for these requirements continued to be missed.

“His representative recently advised us that Andrew hasn’t completed the paperwork because he isn’t on the High Performance Squad; however, riders who are not on a squad who hope to be considered for the Olympics still need to complete these.”

[Don’t dream. It’s over. No Andrew Nicholson at Rio]