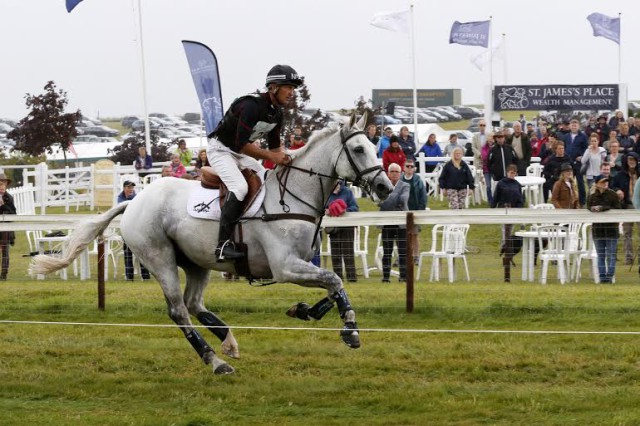 Great news, EN! In a new interview with the New Zealand Herald, Andrew Nicholson has confirmed that he has his sights set on competing at Badminton this year. After a fall at Gatcombe last year, Andrew underwent surgery and ongoing rehab for a neck injury. In the words of his surgeon, Dr. Jeremy Reynolds, his chances of this good of a recovery were less than “winning the lottery with a single ticket.”

Andrew is now back in the saddle, and if all goes well at his next check in with the doctor, he will begin training in earnest for a return to Badminton.

“I’m seeing my surgeon at the start of March for an X-ray,” Andrew told the New Zealand Herald. “If he’s happy, I’ll start competing next month or April. However, riding is easy. Hitting the ground is the tricky bit. I don’t ride as many horses and have offloaded about 15 out of 30. I still ride about eight a day in dressage or jumping.”

Andrew has three horses on the radar for Badminton: Nereo, Avebury and a newer ride, Jet Set. As a part of his rehab, Andrew has been working with physiotherapist Don Gatherer in order to continue building strength in the area of injury.

“He’s been doing full-on work with my neck and shoulders,” Andrew said. “I’ve had a harness put on my head, which is pulled tight with elastic bungy ropes. The idea is to do it using the more delicate muscles as part of the strengthening process. Don’s contraption is also used to test neck strength for rugby front-rowers.”

You can read the full interview with Andrew over on the New Zealand Herald here. We continue to wish Andrew the best in his continued recovery and look forward to seeing him back out competing soon.

[Back from the Brink to Ride]