As what has been labeled a “sexual assault epidemic” in America continues to unfold, EN has encouraged discussion within our own equestrian community. One positive step forward has been the USEF’s embrace of Safe Sport policies as a safeguard against sexual misconduct and abuse, but the onus is on us all to utilize the resources now available. To quote a memo from the USEF issued last week: “It is essential that all members educate themselves regarding Safe Sport. Not only to understand when and how to report, but also to recognize the signs in order to prevent abuse before it occurs.”

What are the red flags we should be looking for? Who is at risk? Young people, in particular, are among the most vulnerable to being exploited by those with more power and influence than themselves. Today we share an anonymous letter recalling a working student experience that began with hope and ended with disillusionment. 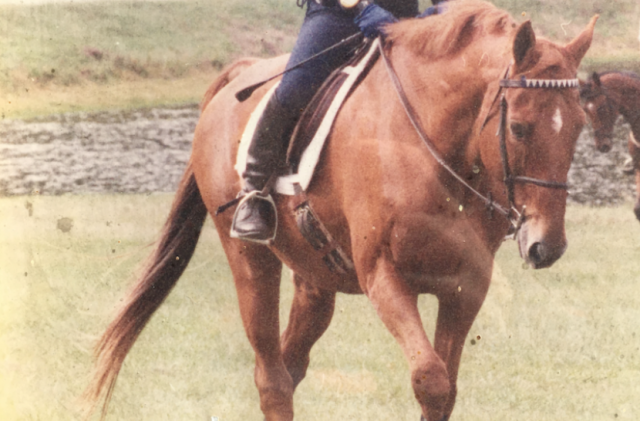 I know you. I was you. Let me start off by saying, “you CAN do it.” If you work hard enough, seize every opportunity to learn, have self respect and integrity, you CAN do it. You will find many people throughout your life that will tell you that you CAN’T. Don’t let them use their own insecurities and failures to weigh you down.

Sometimes though, when you least expect it, things will happen to you that are out of your control. You just can’t predict the way people will behave. Some people have no humanity and therefore will try to take yours for themselves. It’s an unfortunate reality, and I am very sorry for that part of life.

When I was 22 years old, I got a job with my HERO. The man I had looked up to my whole life. The man who would teach me to be an Olympian. I left my life, family and friends, bought a horse which we were going to train together, and moved to a different state. I was going to be his assistant. I was completely under-qualified, but I was ready to seize every opportunity to learn.

I found a place to live that I couldn’t afford, moved there with the horse I was making payments on, only had a bicycle for transportation as I couldn’t afford a car, and just figured I would MAKE IT WORK. That’s what you do when you have dreams and goals. You just make things work.

My first day on the job, my “hero” asked me to come up to the house after I was settled in. I knocked on the door and he answered with two Budweisers in hand. I asked where his wife was, but she was out at the time. I took it and went to sit down. However, before I could do that, I was quickly pinned up against the wall, and this man — who was decades older than I — was inches from my face.

I stammered, “What are you doing?” He replied calmly and without stopping his forward motion, “I am trying to kiss you.” I quickly replied something like “Umm, no thank you,” and awkwardly left. Even as I write this almost 20 years later, my stomach is in knots, my face is hot, and I am ashamed and embarrassed. Why? He did it, not me.

In one moment, he crushed me. My hero was human. And a pig. And a liar. My hero was a human pig with zero class or respect for me or my dreams.

It should come as no surprise that two days later I was “let go” due to “financial reasons.” So now I had a horse, no car, no job, living in a place I couldn’t afford. Thanks, fallen hero. Thanks a lot.

Why am I telling you this story? Because people will try to take your power. Don’t let them. I am sure there are other victims of his out there. And if not his, others. It’s a sad story in all aspects of the world. Those who have power think they can take from those that don’t. Don’t let anyone take your power. You have your own.

Don’t give up on your dreams. My Olympic dreams ended, but other dreams began. And I poured my heart and soul in to those, and you know what? I am happier than I could have ever imagined.

You can do it. The only person you have to answer to is you. You take care of YOU. You are your first line of defense. I hope this never happens to you. But if it does, maybe hearing my story will leave you a little more prepared.

I will be cheering for you to win gold, Hopeful One.

[#MeToo: A Letter to Myself as a Young Rider]

[Time Is Up: SafeSport Polices Sexual Abuse in Olympic Sports]