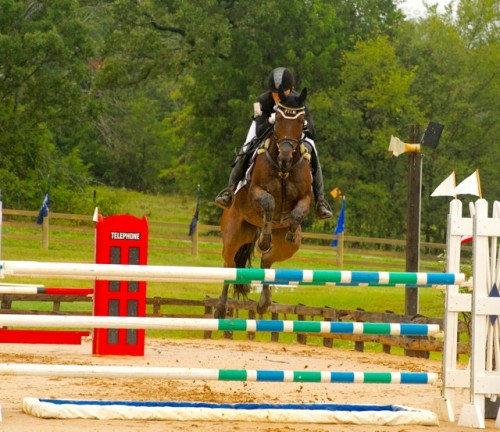 Laine Ashker and Anthony Patch on their way to the win. Photo courtesy of Liz Hall.

In true butterfly form, Laine Ashker and Anthony Patch skipped over the mud and came home double clear to hold onto their lead in the Advanced division at the AECs. Unfortunately, my camera seems to have suffered a stroke this morning, so I must send a big thank you to Liz Hall who sent me her photos as soon as she got to the airport. Laine looked absolutely elated to win the blue this weekend, as she should. This is one pair that has worked extremely hard to get where they are today, and their consistent placings this season are making them a true force to be reckoned with. 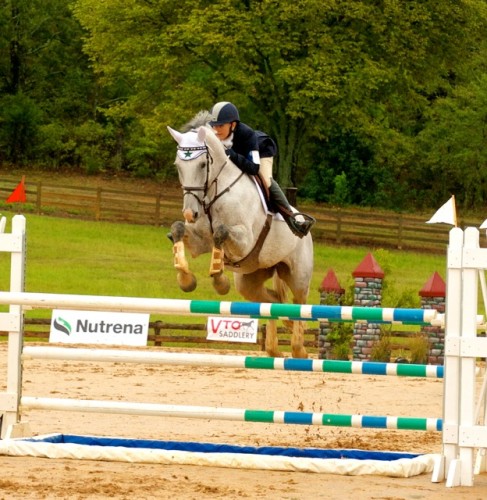 R-Star looked sharp for Kristi Nunnink, storming around the course cleanly to come up for 2nd place after Ellen Doughty had a couple of rails down. I definitely found a huge soft spot for this striking mare over the weekend, since this is the first time I have gotten to see her in person. Kristi is a true class act and we are looking forward to a successful showing at Pau from these two next.

Ellen Doughty, who I was incredibly impressed to find out is virtually self-taught, had a couple of unfortunate rails down to fall down a place to 3rd. This is an extremely poised and impressive pair to keep an eye on, and the fingers crossed plan is to aim for Rolex next year.

Richard Jeffrey’s course, true to form, took many victims in the form of rails, and only 3 pairs finished with no rails down and no time. Jonathan Holling and DHI Zatopek B had one rail down to move from 6th to 4th. This horse looks like quite a handful, and Jon does an excellent job keeping him contained. 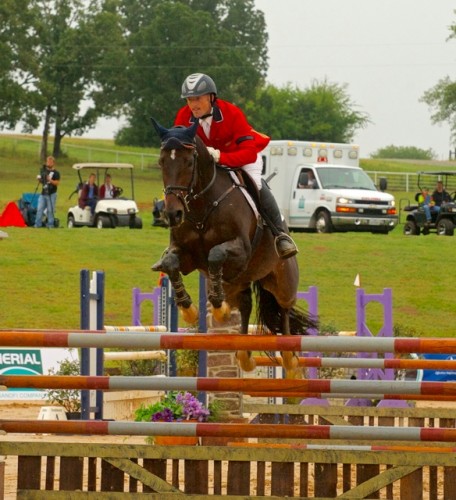 Michael Pollard took it relatively easy on Mensa G today, coming home with a rail down and a handful of time penalties. Michael was looking for a solid run in preparation for Pau and he should be pleased with Mensa’s performance this weekend. They head to France in just a couple of weeks.

Barb Crabo rode a steady rode on Eveready to leave the rails up and pick up one time fault.

Kyle Carter and Madison Park continued their comeback tour with a couple of rails down to end up in 7th overall. Parker looked fantastic all weekend and I am really excited that he looks to be on the right track for his comeback. 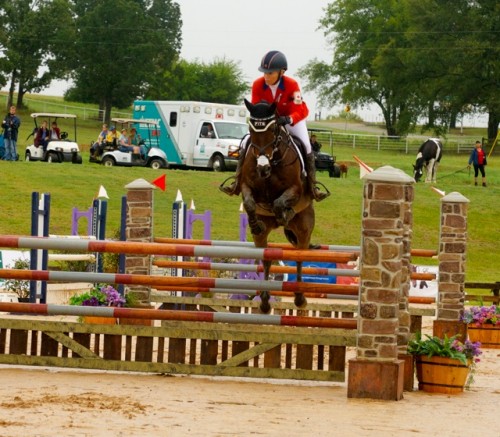 Hawley Bennett-Awad and Gin & Juice had 2 rails down to wind up in 8th overall. Hawley’s goal, like Michael and Kristi, was to get around this weekend with solid runs, and Ginny looks to be in top form for Pau.

Jon Holling and Proper Timing had 2 rails down and a few time to drop a place to 9th on the weekend. I could flip a coin to say which of Jon’s two Advanced rides this weekend was my favorite, but I think Proper Timing might get the slight edge for me. 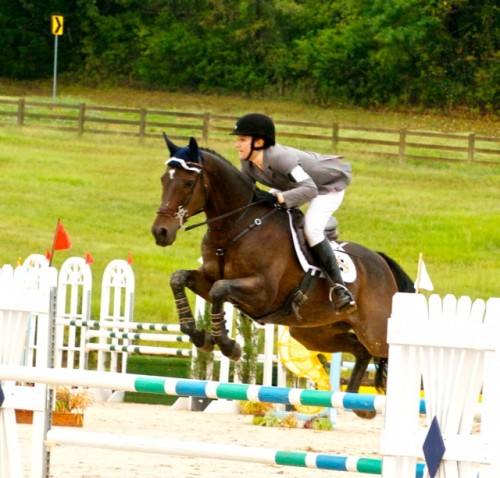 Katy Groesbeck and Oz the Tin Man had a stellar show jumping round, completing one of only three double clear rounds all day. “Wort,” as he is known around the barn, looked polished and professional all the way around and they attacked this course with a vengeance. Katy wrote on Facebook that she was absolutely thrilled with her course and her weekend overall. Katy, who has been a student of Hawley’s, will hitch a ride back East with Laine and Al and will be staying there to train with Buck.

Alexandra Green and Fernhill Cubalawn had 5 rails down to take 11th place on the weekend. Alex said on her Facebook that Cuba “felt his way around” the course today, so I would imagine the mud may have been a factor.

Avery Klunick and In It To Win It held their 12th place position with 2 rails down and 10 time. Avery was the youngest competitor in the Advanced this weekend, a 20 year old college junior. Avery did a great interview with the USEA before AECs and seems like a great young lady to keep an eye on. You can find the interview here.

After having a couple of stops on cross country, Barb Crabo and Over Easy had 2 rails down this morning. Over Easy is still relatively new to the Advanced level, having completed 2 Advanced runs and 1 3 star run prior to this. This mare is fun to watch and should be a true talent for Barb in the near future.