Eventer Ashley Adams has relocated to New South Wales, Australia, to start her new year, and she’s graciously agreed to blog about her experiences down under. Stay tuned for more from Ashley as she experiences horses in the Southern Hemisphere. You can follow her Facebook page for more updates. Many thanks to Ashley for writing, and thank you for reading. 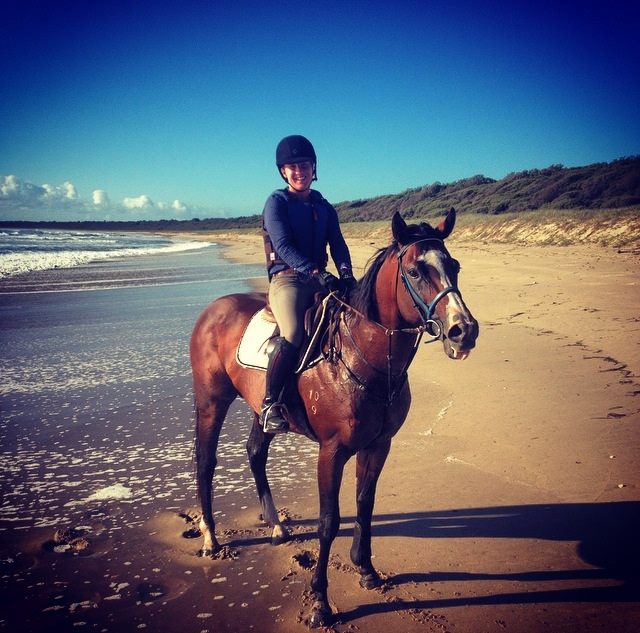 Out for a gallop on the beach.

G’day from tomorrow, mate! Ok, I don’t really talk like an Australian now, but I thought I would keep things authentic. I have been in Australia for a month now and, just to set the record straight, the toilets do not go the opposite way…I checked. As some of you may know, my boyfriend is in the Australian Navy and has been in the states for the past two years. When it came time for him to come back to his mother country, I decided to tag along! Rod and I are now located in Nowra, New South Wales.

Nowra is just south of Sydney by about two hours. We are very close to several beautiful beaches and equally close to several mountains and national parks. While the nature is beautiful, however, most of the wildlife is deadly and the town of Nowra and surrounding towns are pretty rural. I really had no idea where to start on this big adventure but luckily, we have several really friendly Aussies in the States, so I reached out to them to get some advice.

There are so many things that I can tell you about my first month on this side of the world. First, a quick story about day one to paint the picture of what is going on here. We got off the plane after a rather nice flight; Rod was able to upgrade my ticket to business class so we had beds! We arrived in Sydney and headed down a extremely hot corridor with about a million other people to customs. Picture herding cattle.

We went to get the rental car and — after living out of a suitcase for several months we had a lot of bags — so we asked for a medium or large car. What the Aussies consider a large car, though, could literally fit into the back of any American soccer mom’s Suburban!

Once we pushed and squeezed all the bags into the car we headed to Nowra. It was a beautiful drive with lovely coastlines and super green land. After being gone for two years, there obviously was no food in the house when we got home, so we headed out to the shops. When we got there I decided to run into Subway because everyone knows never to go to the grocery store hungry.

I walked into the shop and stood in line, only to be in front of and behind two individuals that not only didn’t have shirts on but also had no shoes on! Their feet were black from all the dirt — I looked around and several other people were also dressed like they had just escaped from a deserted beach! That was the first shock, the second was how much it cost: $11 for a 6-inch sub! We went into the grocery store, only to find more people that escaped from that same deserted beach — gross.

Personal hygiene — not a top priority. I realize it’s summer here and no one uses air conditioners, but come on!

Now on to the horsey stuff! Kate Chadderton, Ryan Wood, and Jennie Brannigan (who is essentially part Aussie at times!) gave me a few names and contacts to run information by. 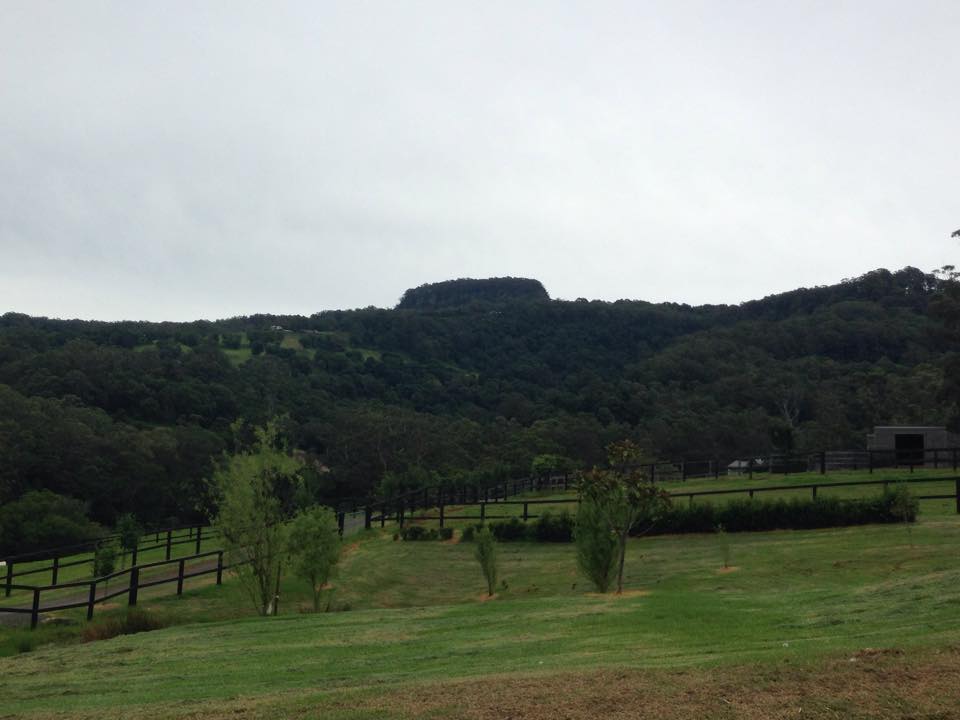 The view from Sunning Hill Park.

Chadzy, aka Kate Chadderton — nicknames are huge here —­­ got me in touch with Nicky Lyle, who has been a huge help and very informative. When I arrived, I phoned several people whom I had been contacting via email over the last few months, and Nicky was kind enough to invite me up to the farm she and her husband, Sam, own. They invited me to come to their farm and ride a few of their horses while they went on a family vacation for a week.

The Lyles live just on the other side of Kangaroo Valley. That’s right, Kangaroo Valley. It is full of hair pin turns, narrow roads, and a mountain that cars must drive up in first or second gear. If I wasn’t scared to death to leave the 10 and 2 position, I would have taken some pictures of the spectacular views and land. People here will take their large lorrys up and down this mountain!

Through Nicky, I was able to meet George Sheridan. George is located just a town over in Berry, New South Wales. He has been introducing me to a few people closer to Nowra, down the mountain of death. Sunning Hill Park and the Berry Riding Club were two connections that I am having a great time getting involved with.

At Sunning Hill Park, I am doing some “Pre-­Train work.” Basically, I am teaching young race horses basic flat work skills and then, just before they head off to the track for training, take them for a bit of a gallop. Horse racing is huge here. Most horses that I have seen in general are predominantly Thoroughbreds. Racing is so big here that at almost every single pub you can bet on the ponies.

Sunning Hill Park is a more private family owned facility and they also have a “re-homing” operation. I’m also helping with that — teaching “sacked” race horses stronger flat work and to jump and hack out. While it is not the eventing side of life that I love, I find it very useful in getting back to my riding instincts, not just relying on my textbook knowledge but also reacting and communicating with a green young horse. 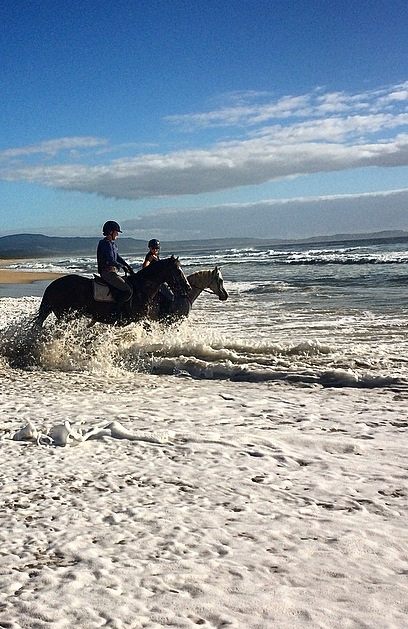 Finally out to see the beach!

For those of you who know me, I don’t stay idle for long. I believe in the idea of working harder than the guy next to you, so I had yet to go see the beaches here, other than the views I’ve gotten from the road. But last week, I got to take one of the Sunning Hill racehorses down to 7 Mile Beach at Shoal Haven Heads for a gallop! It was great fun — after I dodged the fishing poles and pedestrians.

The other connection that I have made this first month is with the Berry Riding Club. Penny Rose, Shane Rose’s mother, and Judy Sweeney are the heads of the club. It is a local club that covers all aspects of equestrian activities for the local riders. I have been brought in as the Jump Coach.

The first clinic was the first of this month and another one is planned for the 15th. It was great to get out and teach and meet some more people in the area. The Club has great members and a great message and plan. I have scheduled monthly clinics with The Berry Riding Club, so come one, come all!

The hope is to help grow the club and continue to get involved in the local community, as well as get a few people converted to eventing. There is a series of local show jumping shows that a fair number of people from the club go to. The shows travel around from town to town and have everything from show jumping (up to about 1.10m – 1.20m), to equitation classes, to a ring toss to win a stuffed bear. Oh, you can also ride that pirate ship ride as well — fun for the whole family! A little different to our local shows in the States.

Stay tuned for my next blog, in which I write all about my first experience at an Aussie Horse Trial.