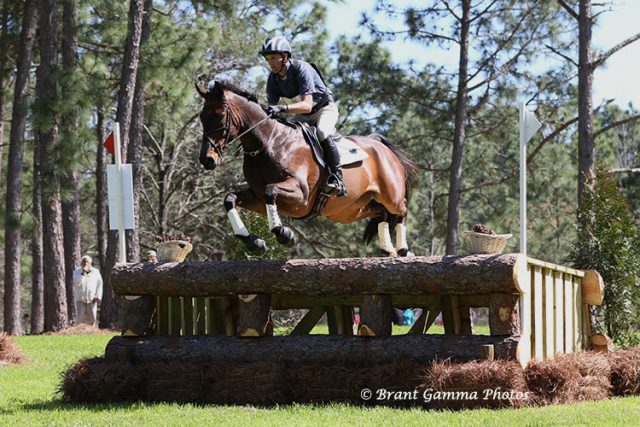 If you’ve been in the eventing world for a hot minute, then you’ll likely recognize the Carolina Horse Park (CHP) as the spectacular facility that plays host to early season goal event, the Cloud 11~Gavilan North LLC Carolina International CCI and Horse Trial.

But the word class facility, dedicated to the preservation of open space for equestrian and recreational purposes, remains active year round. In addition to hosting a plethora of other horse trials throughout the year including the War Horse Event Series and Southern Pines Horse Trials amongst others, there are also schooling opportunities and many other equestrian events in other disciplines.

As a 501(c)(3) non-profit organization, the continued success of the CHP depends in large part on the generosity of its supporters. Fundraising efforts for the season ahead are well underway in the form of their creative Anniversary Challenge, a race to raise funds between members of the community with close ties to park.

“The CHP Ambassador program, now in its second year, is a critically important part of the Park’s overall development and fundraising strategy. We are so fortunate to have such a dedicated and charitably inclined group of Ambassadors again this year,” said Jane Murray, Executive Director of the Park.

“The financial support that these individuals generate goes a long way to maintaining and preserving the Carolina Horse Park and for that we are most appreciative.”

From a young woman who began eventing less than three years ago and did her first event at CHP, to a member of the Canadian 2019 Pan American Games team who bases her business in North Carolina; each ambassador has a special connection to CHP and has committed to raising $5,000 and awareness of the facility. The 2019 Ambassadors are:

Each ambassador has their own unique online giving page accessed via the main landing page of the challenge where gifts to the Park can be made on their behalf and progress towards their goal can be tracked. The first Ambassador to reach $5,000 raised will be handsomely rewarded with a Grand Prize Package which includes an entry and stall to all 2020 CHP sponsored events and schooling days.

Generous donors will be in the running for a prize as well: anyone that gives a gift of $100 or more to any ambassador is automatically entered in a raffle for an entry and stall to one of the events of the 2020 Adequan War Horse Event Series presented by Southern Pines Equine Associates.