NAJYRC team announcements are pouring in, and talented young riders from all over the country are getting the call to step up to represent their respective areas this July at the Kentucky Horse Park. Area II announced their CH-J* team and alternates yesterday, and high hopes rest on this talented team as Area II is the defending CH-J* champion.

We took a few minutes to get to know the CH-J* team members, so without further ado here is your 2015 Area II NAJYRC CH-J* team! 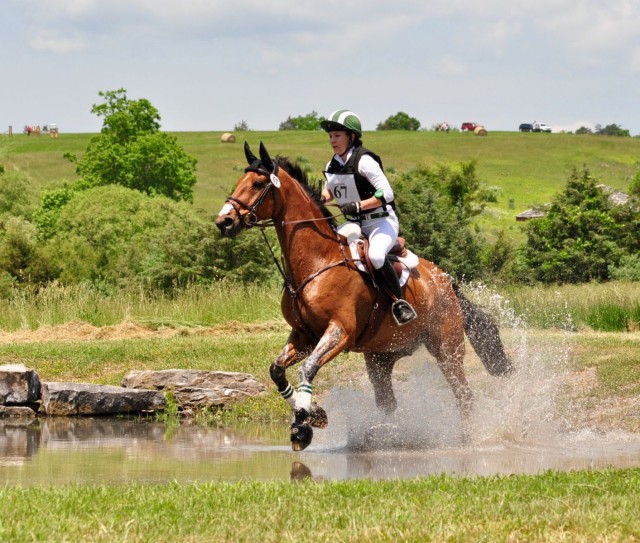 Morgan Booth and Twizzel, Will Coleman’s former Olympic ride, are fresh off of a third place finish in the CCI* at Virginia Horse Trials. Morgan began competing Twizzel in 2014 with NAJYRC as her main goal. And this pair is on a roll. Save one pesky TE in their first event together, they have failed to finish outside of the top three in five events together.

Morgan’s been working with both Will and Katie Coleman to really get to know all of Twizzel’s buttons, and they’re primed to make a great showing in Kentucky next month. This will be her first appearance at NAJYRC. 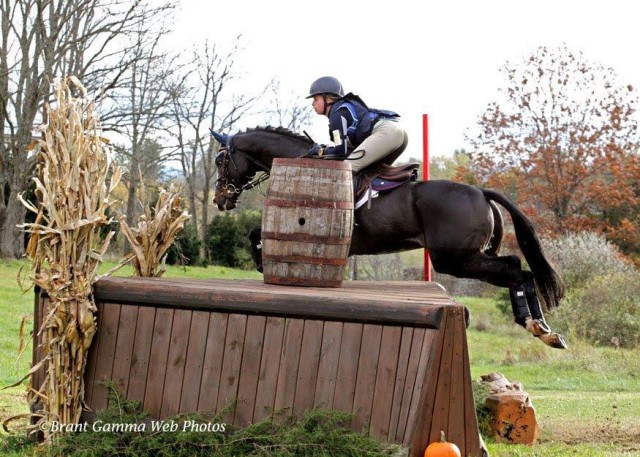 Amanda Beale Clement is another NAJYRC first-timer who will be competing Susie Beale’s Peter Pan, a 12-year-old Thoroughbred gelding. This pair has many miles at the Preliminary level and most recently completed the CCI* at Ocala. In 9 starts at the Prelim or one-star level, Amanda and Peter Pan have finished outside of the top 10 just once.

What part about being a member of the Area II team are you most excited about? “I am very excited for the opportunity to be apart of the area 2 team and cannot wait to build a strong relationship with my team and my horse.” 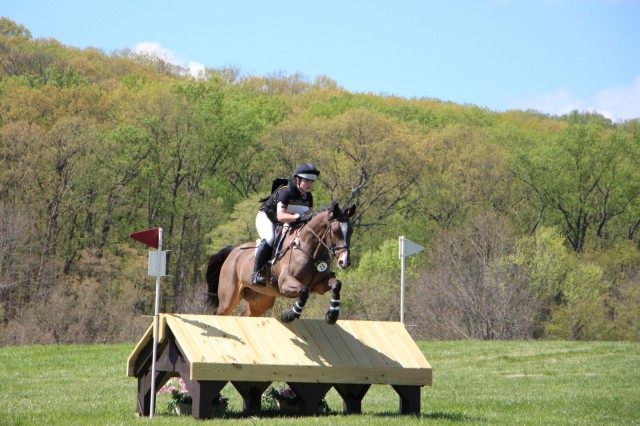 Skyler Decker and Inoui Van Bost, her 7-year-old Belgian Warmblood gelding, have been together since 2014, where Skyler started her partnership with him at Novice. They’ve just stepped up to Prelim together this year and also completed the CCI* at Virginia last month. This pair has also been very competitive at the Prelim level and will certainly add even more depth to the Area II team.

While this is Skyler’s first time competing at NAJYRC, she traveled with the team to groom for Area II and Grace Fulton in 2014.

How did you find out, and what was the first thing you did? “I woke up to my email alarm and it was the team announcement. I think I probably texted my mom, Ella (Groner), and my coach, Lillian Heard.” 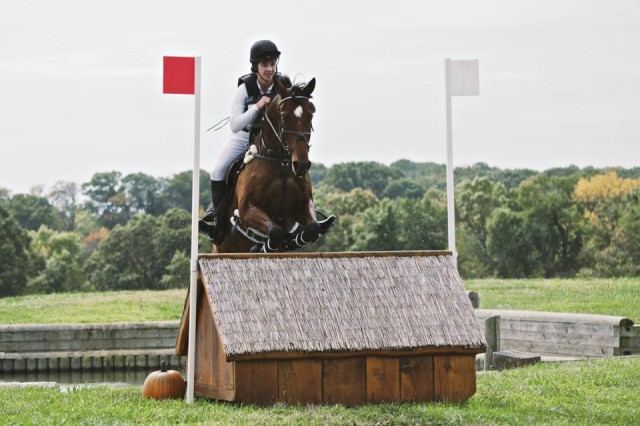 Ella Groner and My Security Blanket. Photo by Sam Groner.

Ella and My Security Blanket won their Junior Training division at USPC Championships and went on to place third in their Preliminary debut at Loch Moy in October of 2014. They also completed the CCI* at Virginia last month in preparation for July at the Horse Park.

What was the first thing you did when you got the team announcement? “I texted my trainer, Lillian Heard. She has helped me to become the rider I am today, and I couldn’t have done it without her.” 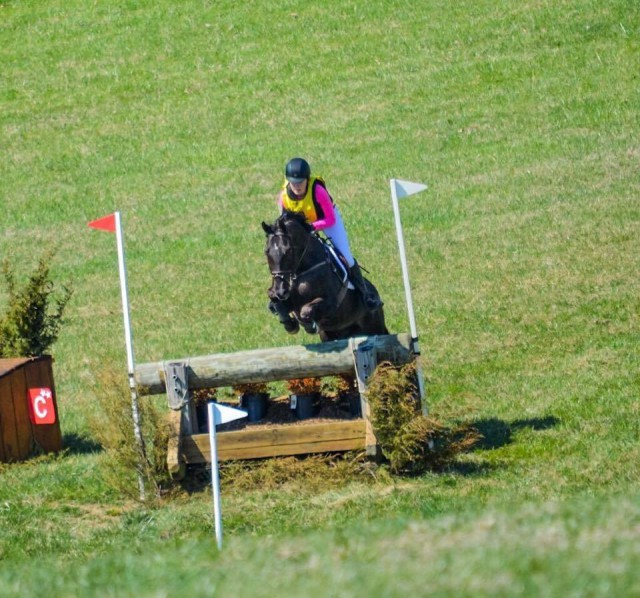 Yet another former four-star horse is making an appearance at NAJYRC this year: Boyd Martin’s former ride, Remington XXV. After finishing his time with Boyd, “Remi” went on to Caitlin Silliman, who was looking to gain some more mileage and experience at the upper levels. From there, Remi moved to Camilla Grover-Dodge, who will be taking the reins in the CH-J* this year.

Camilla began riding Remi in 2014 at Training level, and the number of blue ribbons they’ve earned together is impressive. They picked up four consecutive wins at the very beginning of their partnership and have also completed a hat trick of wins at the Prelim/CIC* level in 2015.

What is the first thing you’ll do when you arrive in Kentucky? “When I first get the the horse park I will probably go out and explore around to get an idea of where everything is! Unless the horses are there first, then I will definitely go check on Remi first!” 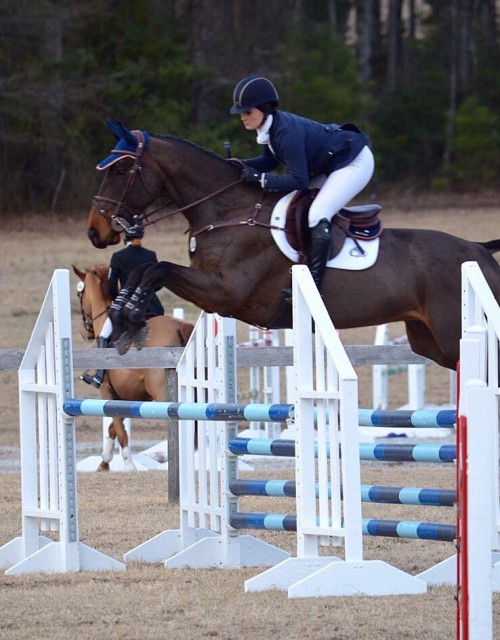 Morgan McCue and Shannondale 54 round out the CH-J* team for Area II. Shannondale 54 is a 6-year-old Irish Sport Horse who came to Morgan in 2014 after competing with Ryan Wood and Jon Holling. Morgan also competed Shannondale 54 in some Young Event Horse divisions, in which he consistently placed at or near the top.

This is another pair that has been virtually unstoppable, collecting numerous top places at Training level before stepping up to Prelim. After moving up this past winter, Morgan and Shannondale 54 have completed three CIC* and one CCI* in their campaign to represent Area II.

What do you think the most important part of your preparation for NAJYRC has been? “Getting my horse mentally and physically prepared!”

Alternates were also named for the CH-J* team in the event one of the team members is unable to compete: Kira Statue and Castle Jordan, Sunny Greene and Flinder’s Chase, Quinn Riddle and Folk’s Hero, and Emma Stolzenthaler and Wynthrop.

Congratulations to the Area II CH-J* team! Don’t forget, we’re looking for guest bloggers from Kentucky this year, so if you are interested in contributing, please contact [email protected].