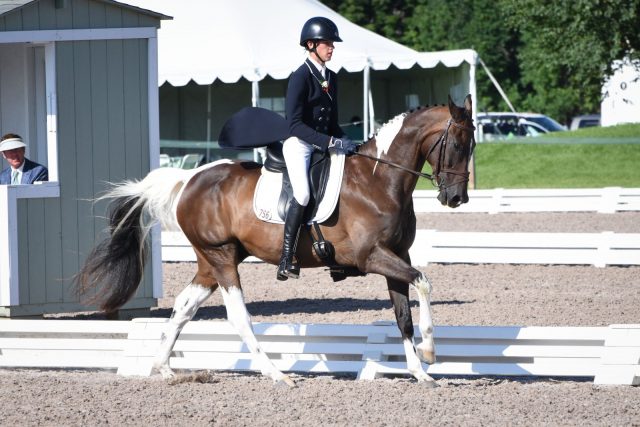 “It’s a great atmosphere, the biggest show I’ve ever competed at. It’s a pleasure to be here. Montana and the farm are absolutely beautiful,” he said. “I’m really glad to have the support not only from the team, but others behind the team. They’ve been a great help–it feels really good to know people are helping you out and I’m really thankful to know all of that.”

It’s well earned, too. William has been laser-focused in preparing for his NAYC debut while also working for the O’Connors. A 28 on the flat makes his 40-hour drive from Georgia seem very worth it.

“It felt consistent. He held his own in there, and it felt pretty good. I had one bobble in the counter canter, but besides that it was a fantastic ride. He’s not technically mine, but I got the ride on him thankfully. He’s been really great, and is helping me learn. He’s very self aware–he always thinks he knows what’s going on before he gets into it,” William said. 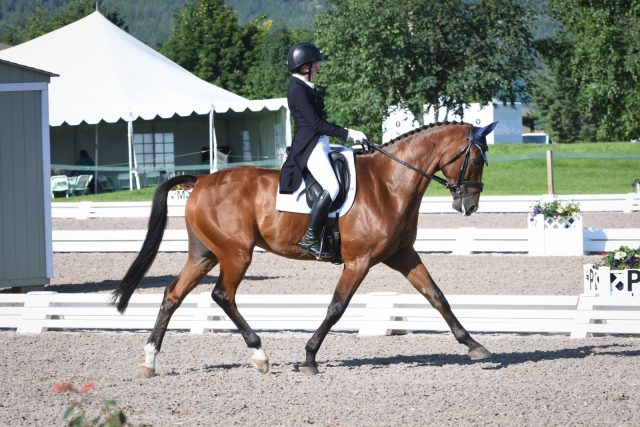 Second-placed Megan Loughnan leads the way for the Area I/Area II squad who currently top the team standings. Megan’s spot on the leaderboard follows Williams, and she’s on a score of 29.4 with Linford, a 10-year-old Holsteiner (Landos x Napoline, by Corleograf).

“He was super. He had a lot more energy than he usually does, which is great for him. We also had bobbles in the counter canter, but other than that he felt amazing,” Megan said.

This trip is her second NAYC appearance: “This is her I had a really good time, so I’m happy to be back. We’ve come super far since then.” 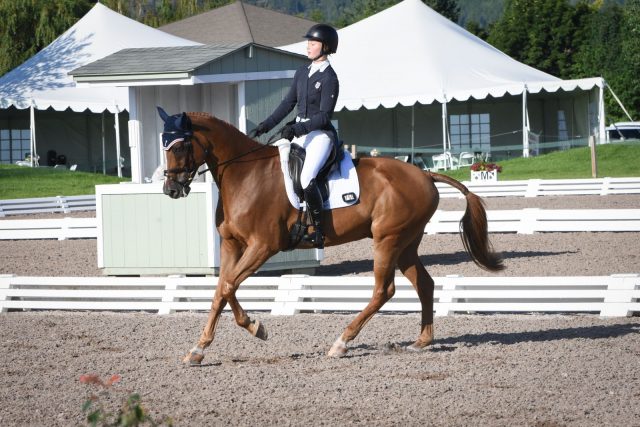 Also on the leading team, Maddie Lichten is third with her own Yarrow, a 12-year-old Canadian Sport Horse (Yvari x Amelia II, by Ali Baba). They sit on an even 30 — a personal best International score.

Megan and Madeline are joined on the scramble team by Katie Lichten (yes she’s Maddie’s sister!) with Sapphire Blue B and Sami Crandell with Fernhill Chaos. Together, they sit on a score of 91.2. 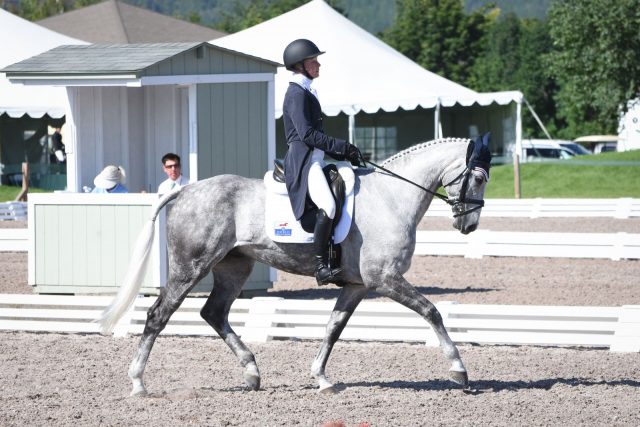 Katie Litchen and Sapphire Blue B. Photo by Shelby Allen.

“The Broussards are amazing for letting us come here. The course is awesome. I’m very excited to run it again this year. It’s a really fun group of girls–we almost have too much fun together,” Sami said. 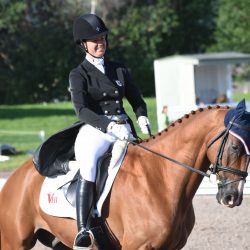 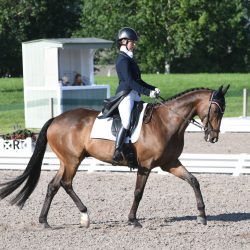 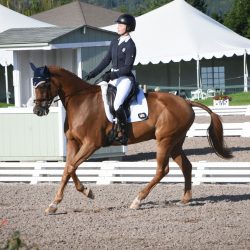 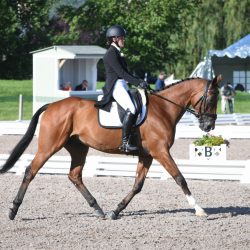 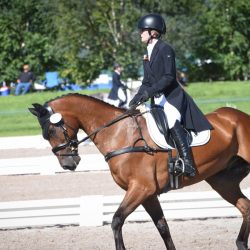 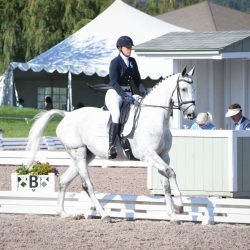 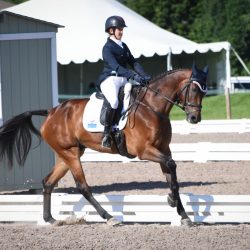 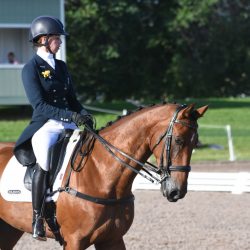 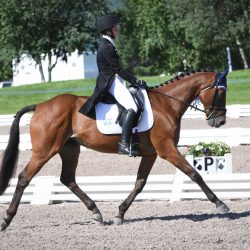 Emma Fettig and Spanning the Globe. Photo by Shelby Allen. 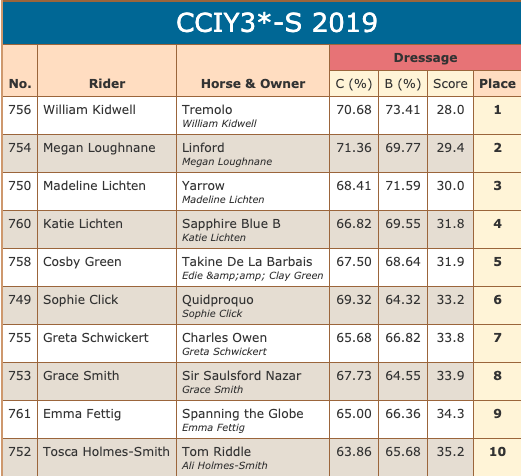