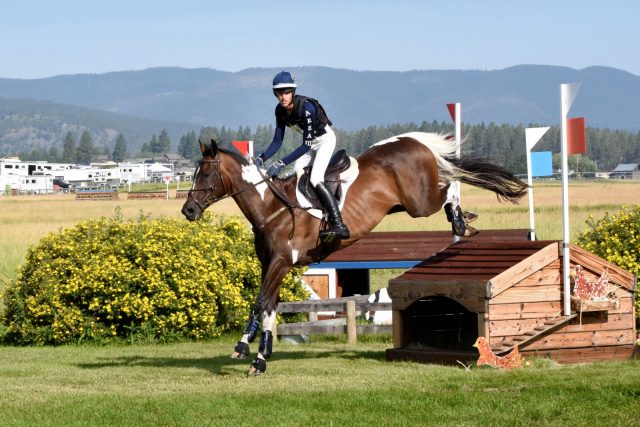 “It was a good galloping track. He’s great about eating it up. My horse went out pretty quick, and we found those four distances (at fences 1-4),” William said.

“Around 5ab we still had the time a little bit, a little forward thinking. It got a little tricky there (at 5ab), but that gave me an idea about how the rest of the course would ride. We set up earlier for the trickier ones, and tried to be efficient through the whole thing.” 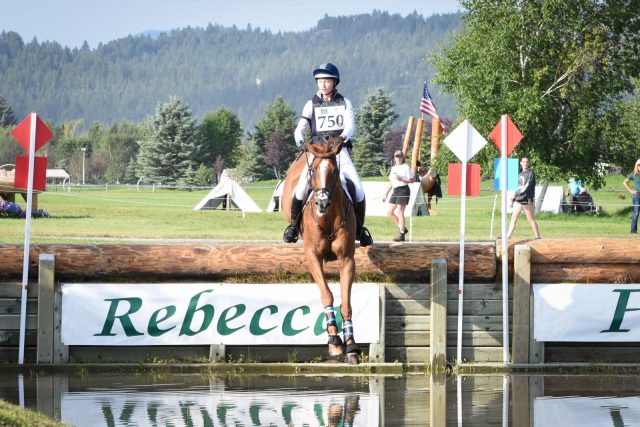 The Lichten twins are on a mission to make sure William doesn’t get too attached that gold medal with Maddie and Katie close behind second and third place, respectively.

For Maddie Lichten, this year was all about redemption. After not completing last year, she and Yarrow, a 12-year-old Canadian Sport Horse (Yvari x Amelia II, by Ali Baba), had a few demons to face when they left the start box.

“Last year I got eliminated at the last water, so I was pretty nervous, but I tried to be really confident and forward,” she said. “You had to be really forward there, but he was great. I was really proud of my horse. He’s super forgiving of everything.”

Through the finish flags, she remains on her dressage score of 30. 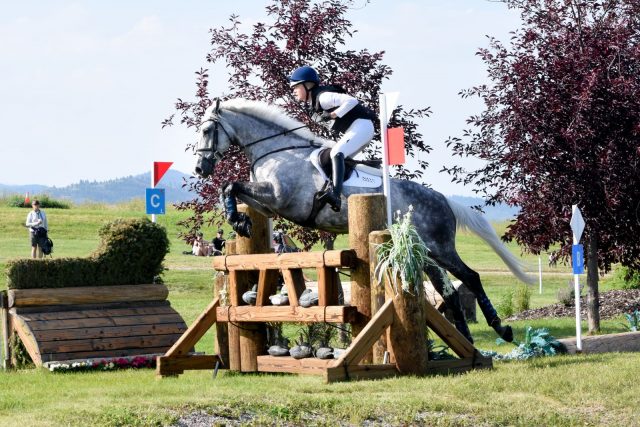 Katie Lichten and Sapphire Blue B. Photo by Shelby Allen.

Katie Lichten wasn’t sure what to expect on course from Sapphire Blue B, her 9-year-old Irish Sport Horse (Heritage Fortunus x Lucy Blue) who spent the last year in Allison Springer’s barn. They’ve been reunited for only a few weeks, but moved in perfect synchrony for a double clear result, which gave them a leg up from fourth to third place (31.8).

“Last year I had to take the options because I had trouble at the coffin. He was a lot more green last year, and Allison has been giving him a lot of experience this year, so he was so much more rideable,” Katie said. “I just took him to one event before this one, so I was quite nervous. It was amazing to see how much more confident he felt after a year. He was right there with me the whole time.”

But Katie had more than just individual glory on her mind, she had her team to think of. And with Sami Crandell having a stop, the pressure was on for a clear round. “My entire team did so well, so I knew I had to bring it home for them,” Katie said, and that’s just what she did–the Area I/II combination stays in gold medal position. 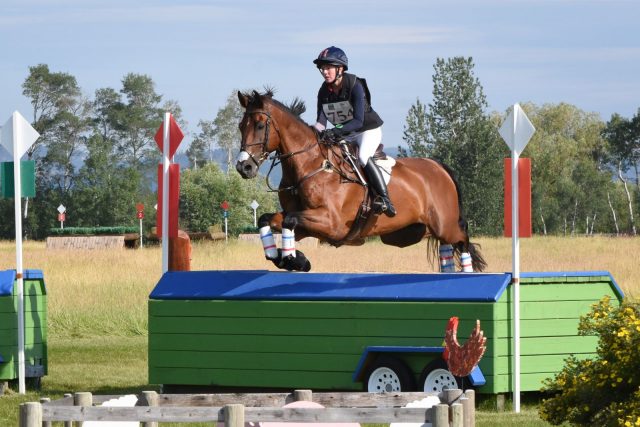 Also on the top team is fourth-placed Megan Loughnane with her Linford, a 10-year-old Holsteiner (Landos x Napoline, by Corleograf). Though they picked up 3.2 time penalties, Megan was thrilled with the green horse’s performance. They carry a score of 32.6 to the final phase.

Here’s the breakdown of the team scores: 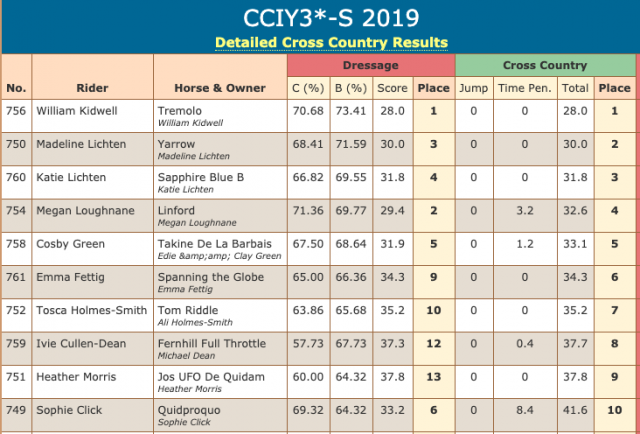