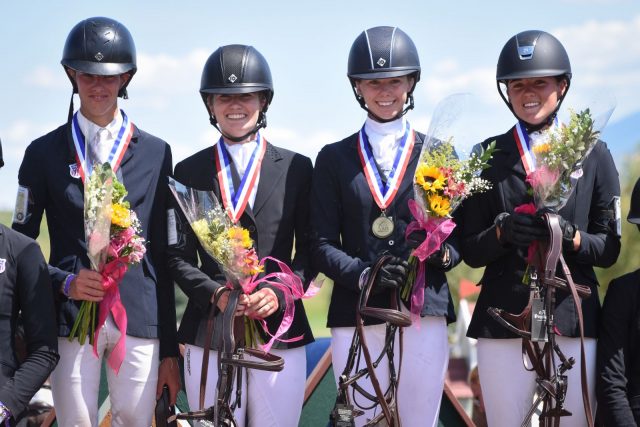 This year 13 three-star riders from around the country stepped forward for their chance at gold and glory at the 2019 North American Youth Championships at Rebecca Farm. Between them, three CCIY3*-S scramble teams were made.

The combination Area III/VII team could not have come from further apart–William Kidwell, Ivie Cullen-Dean and Grace Smith hail from Georgia and Sophie Click calls Washington state home. Despite the distance, they clicked and delivered. Not a single one of these four touched a pole, and for that effort they received team gold. 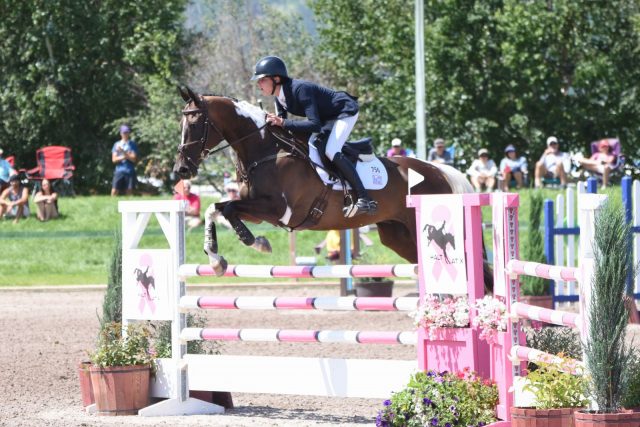 William dominated the three-star championship from top to bottom with the 14-year-old Oldenburg/Thoroughbred’s (Sempatico x Avalo’s Rhapsody), keeping a narrow focus on his performance.

“He didn’t want to go in the ring. It’s a big atmosphere, so when he got in he really brightened up to everything and noticed a lot, but then when we jumped he quieted down and jumped around fantastically. He’s an incredibly phenomenal jumper, and really knows how to push off the ground and get over them,” said the 17-year-old rider.

They were the only pair to finish sub-30, and the complete their NAYC debut on a score of 28.

“I was trying to come here–since it was my first time–and try to be as competitive as possible. My horse was great for me, and I tried to be great for him. We showed each other off,” he said. 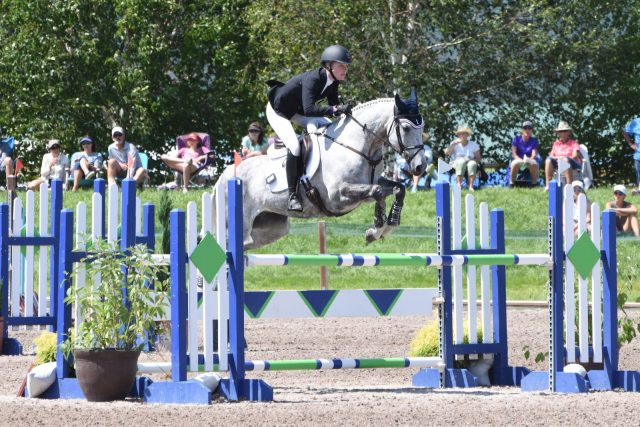 Katie Lichten and Sapphire Blue B. Photo by Shelby Allen.

Katie Lichten took silver with her own Sapphire Blue B, a 9-year-old Irish Sport Horse (Heritage Fortunus x Lucy Blue). This pair also jumped clear for their three-day result of 31.8.

“‘Steve’ is a fan of the show jumping and tried extremely hard. I knew going in I had to try to get him to the jumps and show him where he’s going, and he tried his heart out for me,” she said.

This is Katie’s fifth NAYC appearance, but the first time she’s captured an individual medal. “I’ve been here a couple times, so I really wanted to be as competitive as possible. There was a bit more pressure than other years,” she said.

A clear round catapulted Cosby Green from fifth to bronze medal position with her own Takine De La Barbais.

Congratulations to these four: