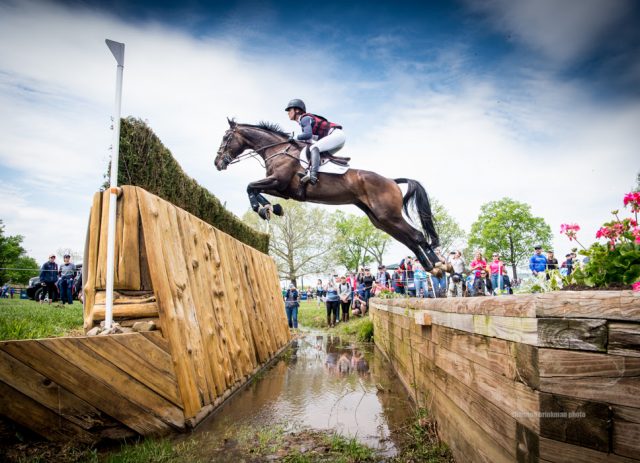 Ariel Grald of Vass, North Carolina, has had a super year with Anne Eldridge’s 10-year-old Irish Sport Horse gelding Leamore Master Plan, finishing 12th in their five-star debut at Kentucky. The pair is contesting the Millstreet CCI4*-S this week in Ireland in preparation for Burghley in September.

“It is an immense honor to receive the Jacqueline B. Mars International Grant,” says Ariel. “I’ve dreamed of competing in Europe and I’m incredibly grateful for the opportunity from the USET Foundation and Jacqueline Mars to make this goal a reality. It means a lot to have their support and faith in me and my horse. This trip will help us gain valuable international experience as we build towards representing the USA in the future. Grants such as this are crucial for Americans to compete abroad and I’m very thankful for this exciting and educational opportunity.” 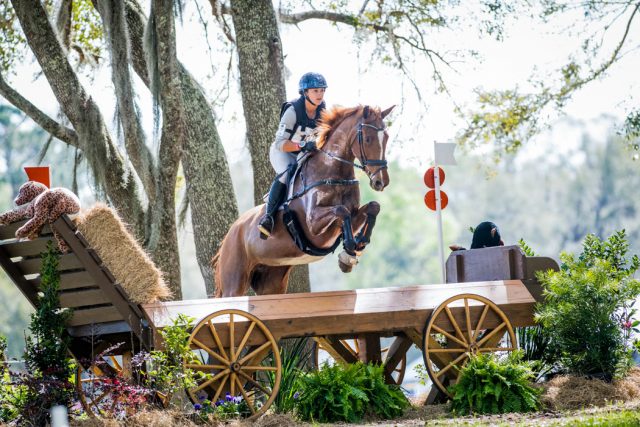 Using the Jacqueline B. Mars National Grant, Ellie MacPhail O’Neal of Reddick, Florida, plans to compete in the Fair Hill International CCI4*-L with Zeta. Ellie and the 12-year-old Holsteiner mare owned by Sally Cox finished 8th in the Bromont CCI4*-L in June.

“Receiving the Jacqueline B. Mars National Grant is such an honor,” says Ellie. “I am really excited to have the opportunity. It makes me so excited and appreciative that the USET Foundation provides funding for riders. I would also like to thank Sally Cox, who owns Zeta, and my mother for their support.”

Best of luck to these riders in their fall season pursuits! And a huge thank you to Jacqueline Mars and the USET Foundation for give deserving athletes a leg up.