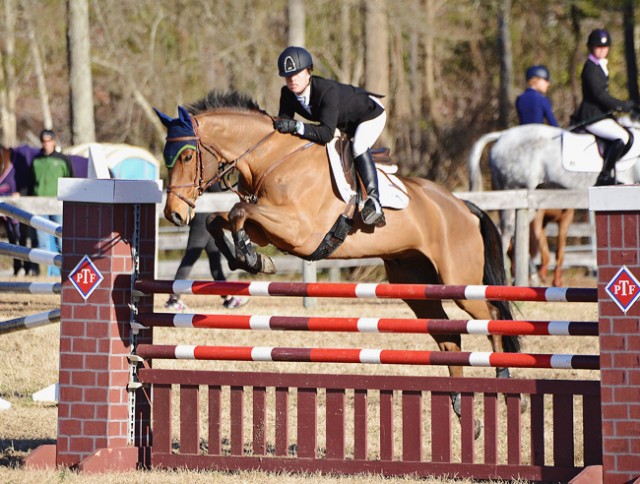 Ashley Adams and Da Vinci Code held their overnight lead in the Pine Top CIC2* with a double clear show jumping trip; they’ll take their dressage score of 42.2 into the cross country tomorrow. Will Faudrew and Pawlow are in second place on their dressage score of 44.0, with Leslie Law and Fernhill Whatever in third place on 45.3. All the horse-and-rider pairs in the top three jumped double clear show jumping rounds, joining Emily Beshear and Here’s To You, Ariel Grald and Fernhill Cove, and Kristen Bond and I’m Sew Ready, and Ashley Kehoe and D.A. Vittoria as the only CIC2* riders not to add any penalties to their dressage scores. 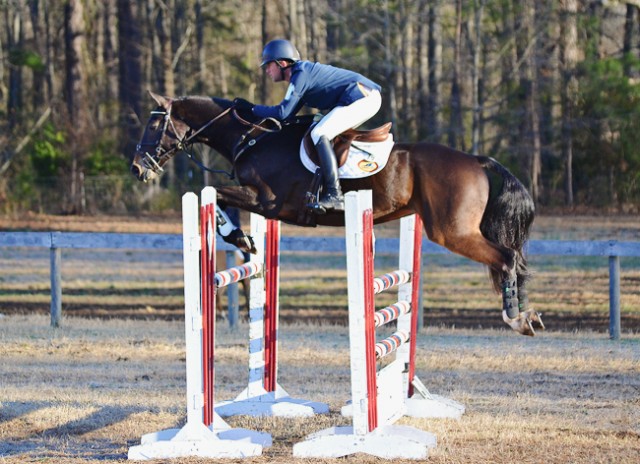 We saw two more clear rounds from Ashley Adams and OBOS Pepperpot and Emily Beshear and Shame on the Moon, but they also added time penalties. Numerous rails fell all throughout the course, with the bright sun seeming to cause problems for some of the riders. Alexandra Willoughby and Flash Gordon were eliminated after two stops at a big oxer about midway through the course that required riders to jump directly into the sun. Peter Barry and Qorry Blue d’Argouges had a surprising stop at fence 2, a big blue oxer, that was also jumped directly into the sun. But I imagine riders would rather have blinding sunlight than the torrential downpours we had yesterday, so it’s a tradeoff. 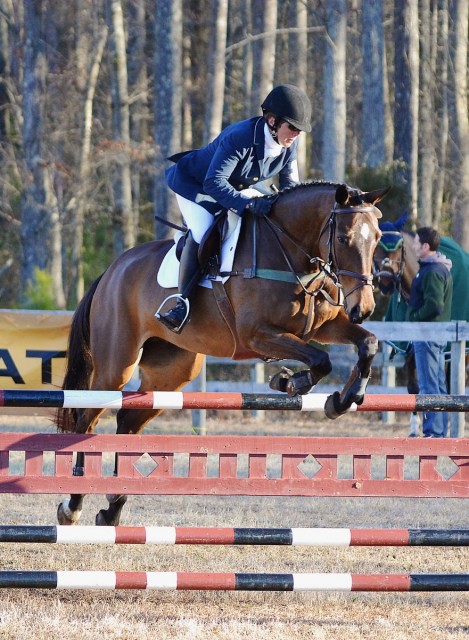 In all, 10 horses and riders in the division had time penalties, and 21 horses and riders had rails; that’s 68 percent of the division. The rolling terrain in the show jumping arena has been playing a significant role this weekend, and the course requires a confident, forward ride in order to make the time. Riders who spent too much time in the hilly corners setting up for the next line found themselves pushing to make the distances, and that often meant rails came down. It’s a brisk day here in Georgia, but the sun is out and temperatures are slowly climbing. Stay tuned for a full report on the jumping in the Open Intermediate divisions! Also, I have to give a special birthday shoutout to Pine Top Farm owner Glenn Wilson, who has been working tirelessly this weekend to put on a great event. 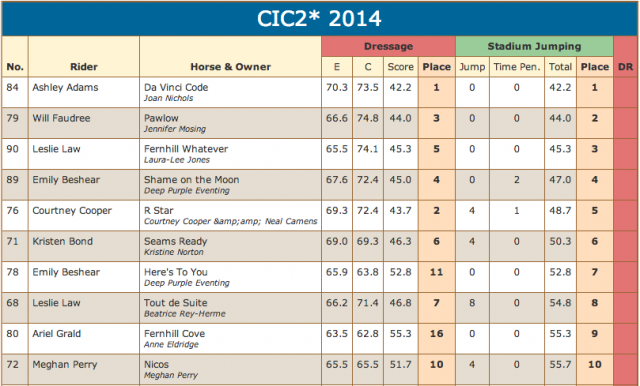