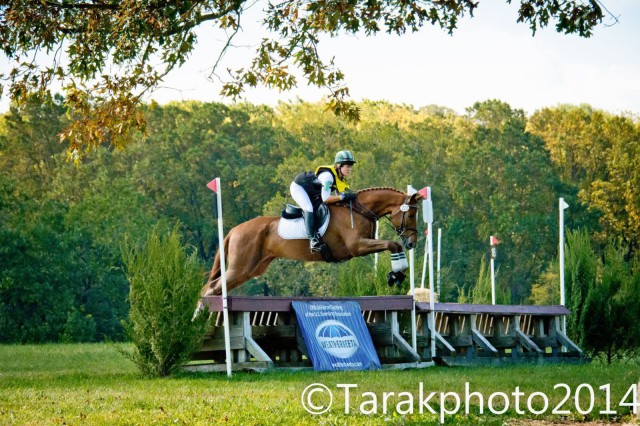 Ashley Kehoe has always had big ambitions of training and competing in Europe, and it’s a goal she’s been working toward for several years. Now, it seems the stars are aligning for her as she looks ahead to a new position riding for renowned event horse source Philipp Kolossa in Germany. So she’s packing her bags (and one horse) and moving to Germany next month, where she’ll no doubt be exposed to some of the best education in the business.

Ashley has spent the last two years riding and working for Pollard Eventing, a position she feels has groomed her appropriately for the next step in her career. “The plan with Michael and Nathalie was to be with them for a couple years,” she explained. “I’ve wanted to go to Europe to experience their event circuit and learn from the best riders in the world.”

Originally, Ashley planned to finish 2015 with the Pollards while competing her mare, D.A. Vittoria, at the three-star level. Earlier this year, however, Ashley made the decision to move her mare into the jumper ring, where she felt the horse was better suited.

“She was bred to be a Grand Prix jumper and is already very successful at the 1.30m level. Sadly, dressage was always a challenge for her. Unfortunately, our sport is so competitive now, mediocre dressage isn’t good enough anymore.”

With her upper-level competition plans on hold, Ashley knew the timing was right to begin seriously planning her trip to Europe. She has Jennie Brannigan, among many others, to thank for this new opportunity with Philipp, who is well-known for finding and producing top-tier event horses. Seeking out horses with a higher percentage of Thoroughbred blood, Philipp has proven time and time again that he has the eye for serious upper-level talent. 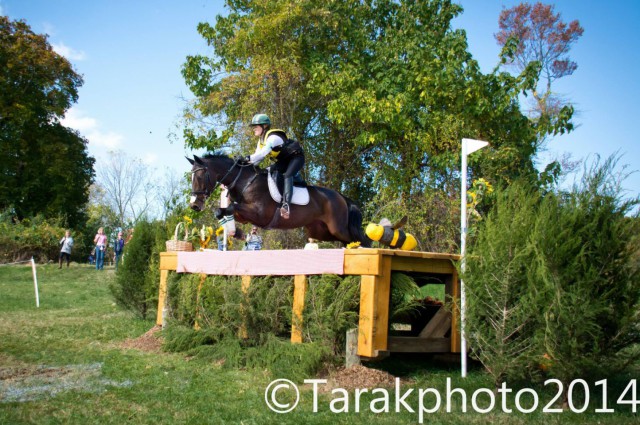 “Jennie told me that if she had gone and worked in Europe before going out on her own that she would have worked for Philipp,” Ashley said. “She called him and introduced us. I spent a day with him while I was in Europe for a week. Everything just fell into place, and I will be riding and competing young horses for him. He has sold a lot of horses to four-star riders that he’s started in his program. His goal is really to find the new superstar event horse.”

Ashley is no stranger to competing young horses, having competed for both Debbie Adams and Sharon White before joining the Pollards. “I was responsible for working with the young horses and sales horses at Pollard Eventing, so with the new skills I have learned from Michael and Nathalie, I feel even more confident going to Europe,” she said. “I also have the O’Connors to thank; I was lucky enough to train with them for six years as a young rider.”

Aside from the pure horse handling skills, Ashley is also leaving Florida more fit than she’s ever been thanks to mandatory team Crossfit outings three days a week. “Michael believes that his fitness has been a huge part of his success, and he wanted to share it with everyone on the team,” she explained. “I appreciate him sharing that aspect of strength training with me. I do think it has made me ride that much better.”

As far as her riding is concerned, Ashley has had a great deal of experience competing through the upper levels and has also had the chance to continually hone her skills at home. “Michael and Nathalie are both masters in their own right, and I’m really grateful for everything they have taught me, especially on the flat,” she said. “They train their horses to the highest standard, and you just learn to expect that from yourself and your horses.”

Ashley will be taking her younger horse, Cinco de Mayo, to Germany, looking to continue competing him up the levels while she is there. D.A. Vittoria will be staying behind to campaign and eventually be sold under Silvio Mazzoni.

Ashley is unsure of how long she will stay. Right now she is just grateful for the opportunity to focus on working with one of the best… If you can’t beat ’em, join ’em!

Auf Wiedersehen, Ashley! We wish you and Cinco the best of luck in all of your endeavors overseas.