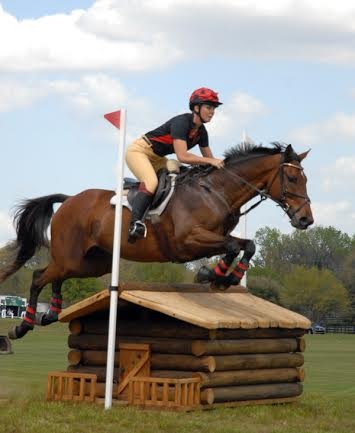 On Saturday, March 15th there was a day of polo and PRO Derby Cross at Longwood Farm in Ocala, FL.  The weather was glorious and many people came out to tailgate during the day and enjoy the live band and pulled pork later in the afternoon.  The Professional Riders Organization hosted a Derby Cross demo to promote the return of PRO Derby Cross to Ocala in 2015.  Between polo matches, three teams of two PRO riders competed over a ten jump course that ran out into the middle of the polo field and then up the berm into the crowd.  The times were close, but Caroline Martin and Ashley Leith pulled out the winning score, with Ashley Leith finishing as the top individual rider.  Sarah Murphy and Bobby Meyerhoff placed second and Jennie Brannigan and Hannah Sue third.  Nate Chambers did a masterful job announcing and with music playing and the crowd jostling to follow each ride it was a fun afternoon! 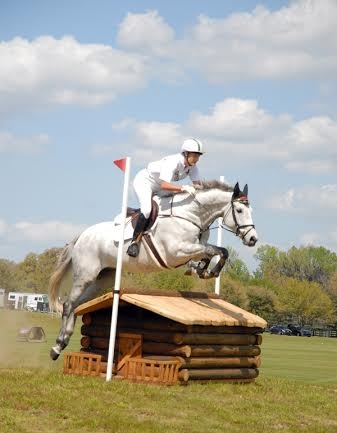 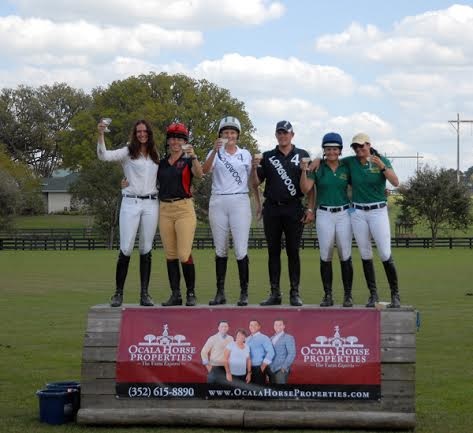 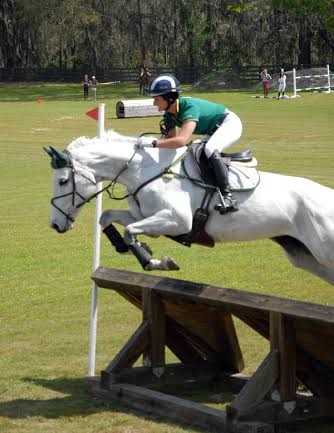 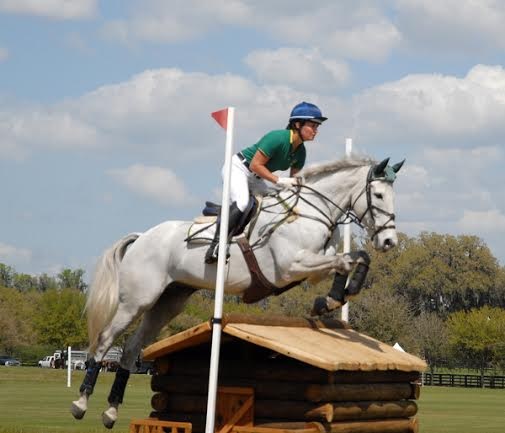 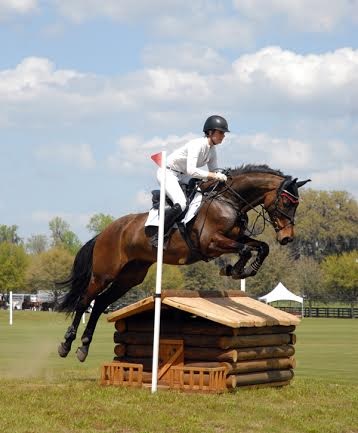 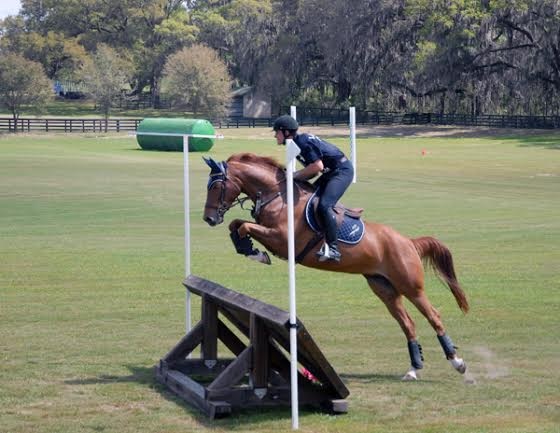