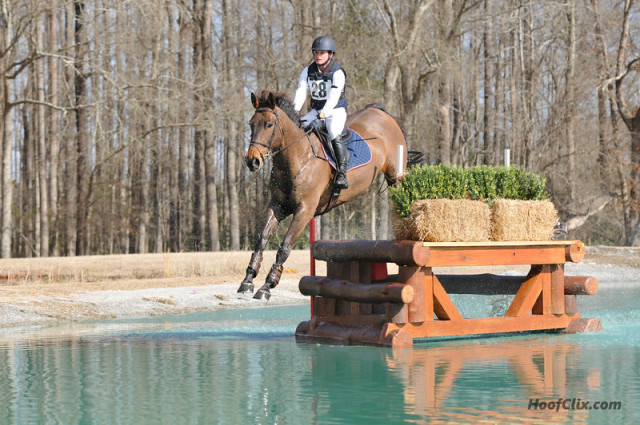 Juan Larrazabal and Atlanta at Pine Top 2015. Photo by Hoofclix.com.

We are saddened to learn that Atlanta, an 8-year-old Argentinian Sport Horse owned and ridden by Juan Larrazabal, was euthanized today after breaking his leg on cross country while competing in the Open Intermediate-B division at the Ocala Horse Properties Winter II Horse Trials.

According to the press release posted on the USEA website this afternoon, “Atlanta was immediately attended to by the on-site veterinary team, and it was decided that it was in his best interest to be humanely euthanized.”

Juan brought Atlanta up from Novice to the two-star level. Last year they completed the CIC2* at Pine Top and were 28th at the 2015 Jersey Fresh International CCI2*. Together, they represented Venezuela at the 2015 Pan American Games in Toronto.

EN extends our sincerest condolences to Juan and all those who loved Atlanta.