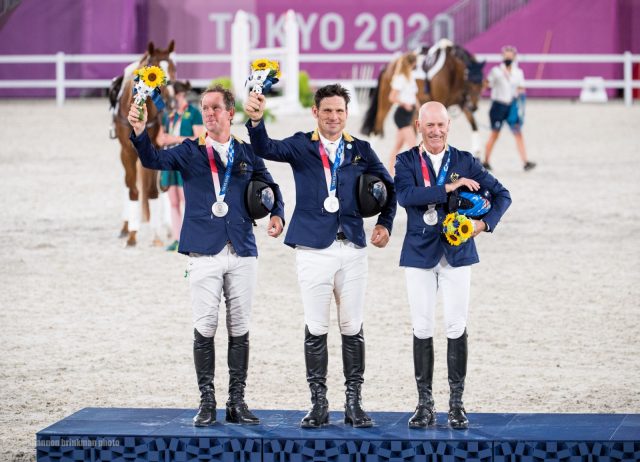 Prepare yourself for a big week in team announcement land: many of the major nations are planning to drop their final line-up over the next few days, well ahead of the final deadline of September 5, and first under our radar today is the smoking hot team picked by the Australians.

Australia is on serious form at the moment, despite some issues within the federation, which went into administration in June of 2020 and left it in February of last year. The focus since then has been on rebuilding at a structural level, while its riders — many of whom are based in Europe — have focused on continuing their reign of success, which they consolidated with an excellent team silver medal at the Tokyo Olympics. All three of those team members – Kevin McNab and Scuderia 1918 Don Quidam, Shane Rose and Virgil, and Andrew Hoy and Vassily de Lassos, who also took individual bronze, have been named for the squad, and are joined on the final list of five by three-time Adelaide CCI5* winners Hazel Shannon and Willingapark Clifford, who have been based in the UK with the McNabs since the tail end of last season, as well as Aussie-based Shenae Lowings and Bold Venture, who won this year’s CCI4*-S at Tamworth and the CCI4*-L at Werribee. Four of the five named combinations will be part of the team, while one will ride as an individual — though this allocation hasn’t been announced yet.

The reserves are as follows: