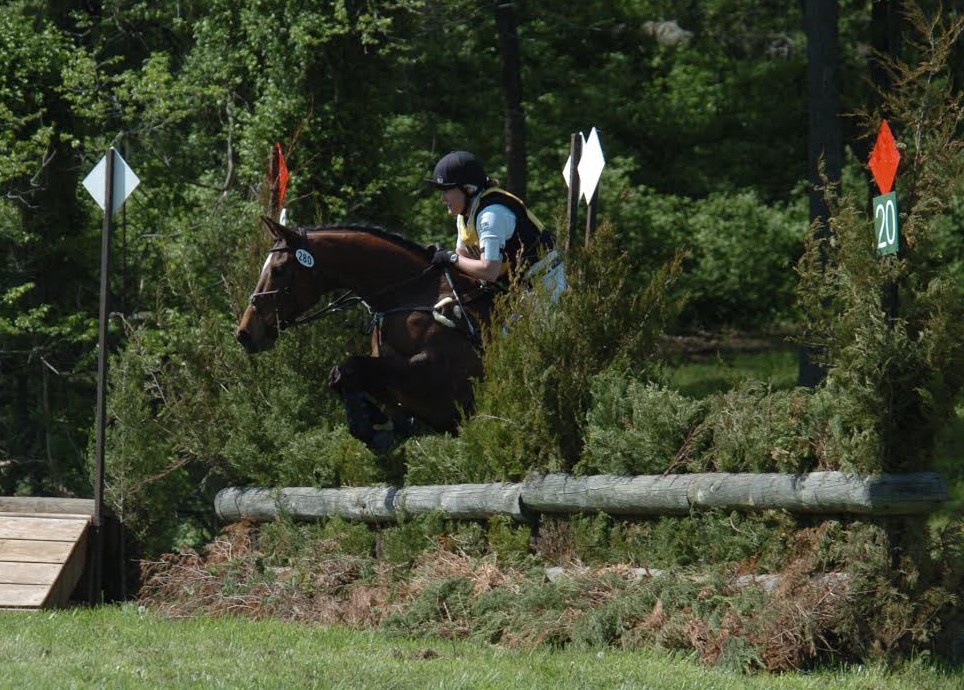 Success can be defined in many ways. Most people tend to think of success in terms of “rags to riches” stories, getting that big promotion or perhaps winning the lottery. In the case of rehabbing horses, success usually comes in very small increments. Victory can be found in the smallest improvement. Such is the case with my horse Tommy.

Tommy is a 16-year-old off track Thoroughbred who I have had for five years. He was raced and in overall good health when he came to me to be my event horse. We started out at Beginner Novice, and he had all the right stuff to enable him to move up to Novice rather quickly. In fact, he was doing so well, it was my plan to move him up to Training level the summer of 2013. That’s when the issues started.

In March of 2013, Tommy showed some mild lameness that we couldn’t pinpoint. My vet thought it was his front end and injected his coffin joints. The lameness continued and in May, I had another vet look at him. He pinpointed the left hind and, with several blocks, isolated the left hind fetlock.

An X-ray revealed a large bone chip. Arrangements were made, and on July 1, Tommy was taken to Rood and Riddle Veterinary Hospital in Lexington, Ky. for removal of the chip. That procedure was done arthroscopically to keep any potential damage to a minimum.

The surgery went well, as did his recovery. He was on stall rest initially but progressed to hand walking, then minimal turnout, then light work. By September, Tommy was fully under saddle and doing some work over ground poles. I was thrilled to have my horse back after six months of down time and rehabilitation. Success!

As any horse owner knows, often after the highs, come the lows. One month after returning to work and getting stronger each day, Tommy suffered a stifle injury. Two steps forward and now one back. The ultrasound showed the basic structure was okay, but was thickened. The diagnosis was synovitis and thinning cartilage. 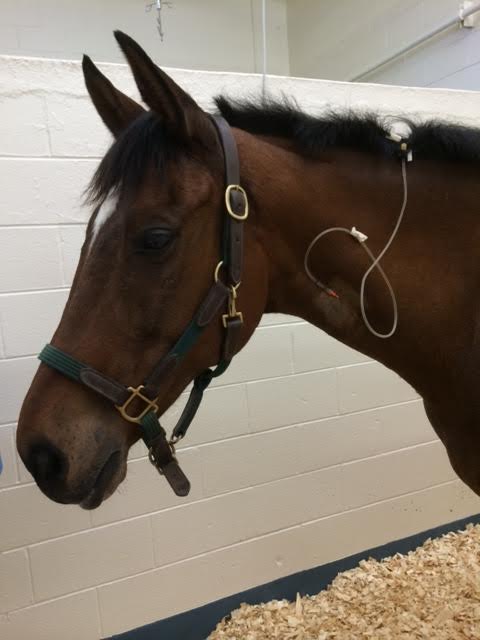 Tommy in the hospital. Photo courtesy of Anne Schmid.

Over the winter, we did PRP and shock wave therapy and once again, Tommy was having a good recovery. It was a bullet dodged and another success to celebrate. Tommy returned to almost full work. He wasn’t jumping, but that was soon to follow.

You can probably guess what happened next. In April of 2014, Tommy kicked himself in his left front fetlock. Initial X-rays showed nothing structural, but his pain got increasingly worse, so I worked with the vet to find a source and a solution. Both of us were frustrated.

It got to a point where I discussed euthanizing him due to his pain level. The vet wanted to try one last approach, so we sent Tommy to Virginia Tech for an MRI. It was at Virginia Tech that they discovered Tommy had suffered a structural defect to the medial sesamoid. A section of his sesamoid had died and he needed surgery.

Once again, Tommy went under the knife and the procedure left us with more rehab ahead. The vets said his surgery was a success — I was grateful. Once again, we faced a period of rehabilitation where the outcome was uncertain. Tommy was becoming an old hand at stall rest and knew the protocol, so he was a good patient. Given the 14 months he had, we had no idea what his future held, but I was in for whatever long haul we were faced with.

By September, Tommy was miraculously back under saddle and rehabbing well. Each day, each week and each month showed improvements but some were so minor they were almost undetectable to those around him. He was like the “Little Engine That Could”. The smallest actions could generate the biggest victories, and I saw him start to return to his former self. His last treatments were in December, when we did PRP for the stifle and Tildren for the fetlock.

Today Tommy is back to work and we are starting to do raised cavaletti. While that may not seem to be a big deal to most, it is huge for us. Rehabilitation doesn’t involve overnight success. It is a slow, often painful process that requires hope and faith.

So when you talk about rehab success stories, what you really are celebrating is the sheer determination of both horse and owner, with a major dollop of veterinary skill. My success story ends with the hope and faith that Tommy will one day return to eventing.

I have not used OCD but am willing to try anything that can help my best friend!