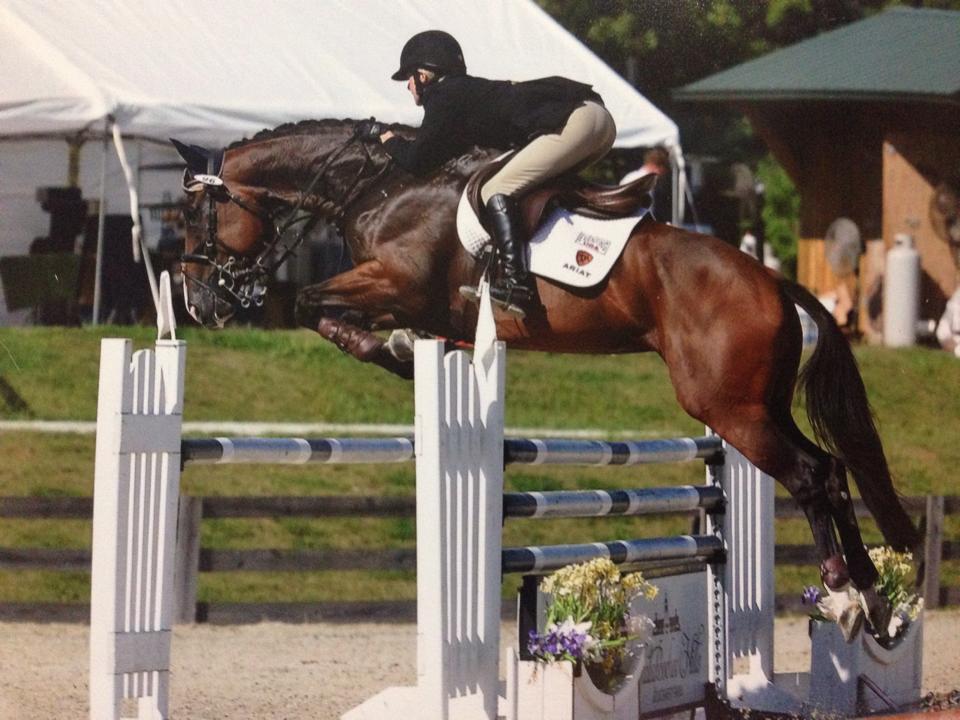 Caroline Hawkins and Something Special at Midsouth. Photo by Liz Crawley.

My first spring break of college was not spent boozing it up on a beach surrounded by frat boys, but rather on the phone with my veterinarian attempting to hold back tears. My parents had just let me bring my mare, “Something Special” or Bella, to college at Furman University a few months prior to her injury, and I was thrilled to have my partner in crime with me at school, ready to start showing once again.

A few weeks before break, I noticed Bella looked slightly off while on the lunge line. I didn’t think much of it at the time and decided to wait until the barn manager could take her to the vet’s office, which happened to be while I was visiting my sister in Florida over spring break.

When I answered the phone from my vet, I had anticipated hearing that my horse simply had a bruise or had played too hard in the paddock. When he broke the news that she had torn her right hind suspensory, I felt my stomach drop.

This was not Bella’s first major injury; she had had some several other injuries in the past including high ringbone, annular desmitis, cellulitis, upward fixation of the patella, a bowed tendon, osteoarthritis. One time she attempted to jump over a fountain, but ended up crashing into it, splitting open her stifle in the process.

She truly has a knack for getting injured; self-preservation just really isn’t in her DNA. Despite years of progress followed by set backs, I still managed to compete her through Training level in high school.

This news, along with her extensive laundry list of past injuries, made me skeptical that she would be able to be an event horse. I knew suspensory injuries were bad, and could be career-ending. I bit my lip and discussed all the options with my vet: retiring her, stem cell therapy, stall rest, or let her become a (God forbid) dressage horse. No option really sounded that great.

As soon as I got off the phone, I flopped onto my sister’s bed and sobbed, thinking that my talented horse that I had such high hopes for was destined to be a pasture ornament for the rest of her life at age 9. After returning back to school, and speaking with my vet, parents, and trainer, I decided not to give up on Bella. I owned her since the day she was born, and always dreamt of her being my upper-level horse. I knew this mare had the heart to make a great eventer — if she could recover.

The next week, stem cells were collected via fat tissue, and within a week, the cells were injected into the injured leg. The entire procedure took less than an hour, but managed to clear out my bank account alarmingly fast! From that point, Bella was condemned to two months of stall rest, followed by a painfully slow rehabilitation.

The vet had suggested it would take six months for her to return to full work, but my trainer at the time encouraged me to be even more patient and take a full nine months to a year to return her to full work to insure no re-injury. 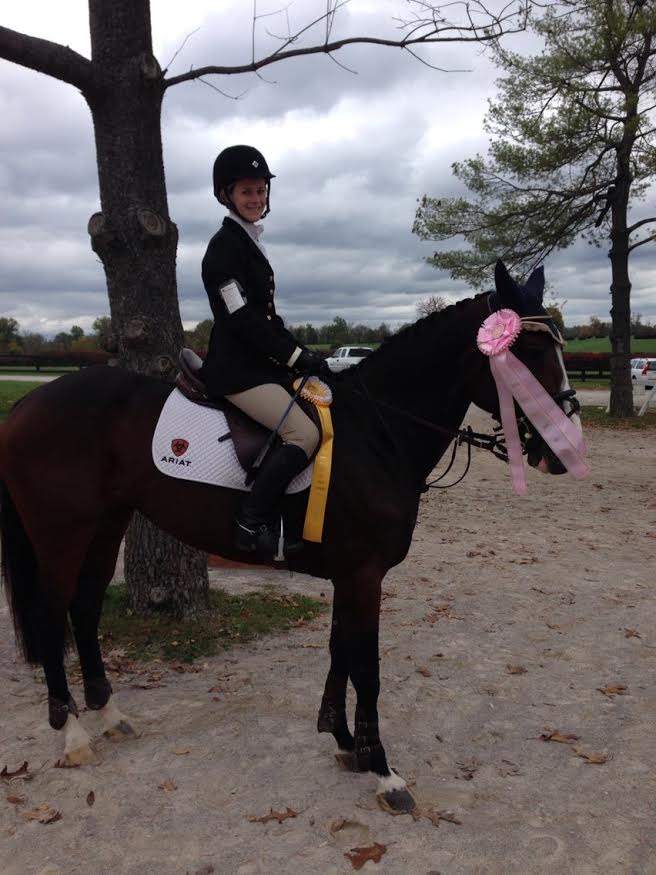 Caroline and Something Special. Photo by Peggy Hawkins.

While her suspensory was no longer an issue, an old high ringbone injury began to cause arthritis in her right hind pastern. I was incredibly frustrated to see her go lame again and began to think my months of patience and hard work were going down the toilet.

Thankfully, I had just transferred to the University of Georgia, and was able to get her worked up at UGA’s College of Veterinary Medicine. They quickly found the issue, injected her, and Bella was finally sound. Through the advice from the vets at UGA along with my trainer, Brittany Kart’s words of wisdom, I have learned how to keep Bella sound and going strong.

Today, nearly three years after her suspensory injury, she is going better than ever. We moved up the Preliminary a year ago and placed at our first CIC1* and our first CCI1* last fall. We also (surprisingly) made the national leaderboard for Prelim Young Rider.

I have plans to run the spring season at the Prelim/ 1* level and am also enjoying riding for the University of Georgia Eventing Team. While sometimes my squirrelly mare tests my patience, it truly is a blessing to be able to ride and compete her.

I am so glad I didn’t give up on my mare. Rehabbing horses is never fun or easy emotionally, but I came out of this experience even more appreciative of what I have. This experience helped me learn so much about veterinary medicine as well as how to properly maintain my mare. I am also very thankful for having great veterinary care, and having a support system of trainers, friends and family who would not let me give up on my “special” horse.