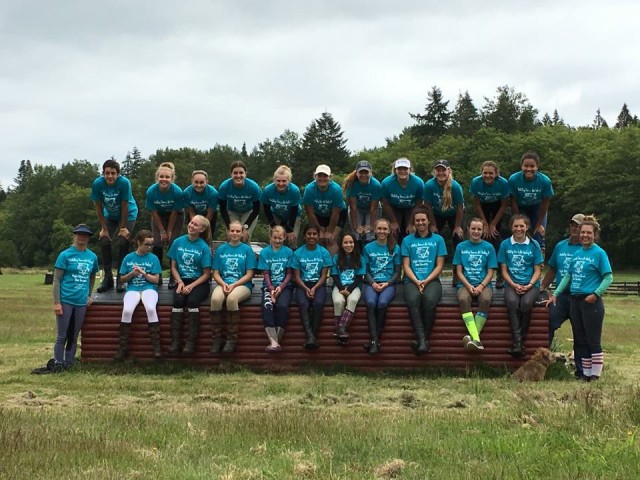 After a couple slow years, it finally feels as though Area VII Young Riders has gotten back on its feet.

This year at our annual Young Rider camp, I was excited to see many new faces, which truly excites me. I believe Young Riders is the best program for encouraging involvement of younger riders in the larger eventing community and bringing up the next generation in our sport, which is so important. 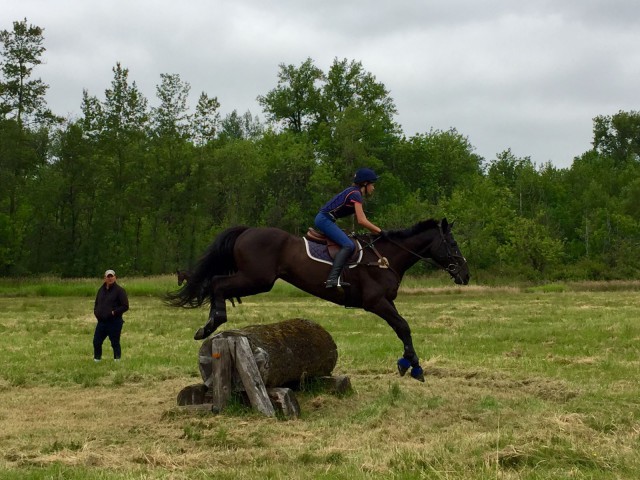 The program this year is incorporating some exciting new features, including a team challenge at Caber Farm Horse Trials, where Young Riders will compete in a team style similar to the North American Junior & Young Rider Championships, getting the opportunity to jog their horses for vets, create a team name and sport team gear during competition.

In addition to this new opportunity, there were several guest speakers at camp offering information on a variety of subjects and rider fitness classes every morning. The many educational opportunities offered at camp included an equine nutrition talk given by Gina Fresquez, the local Purina rep; a talk with John Camlin on post cross country leg care for your horse; a lameness and general veterinary Q&A session with Dr. Rachael Gotfield of NWEP; and talks with Jordan Linstedt and Anna Collier about the road to Rolex. 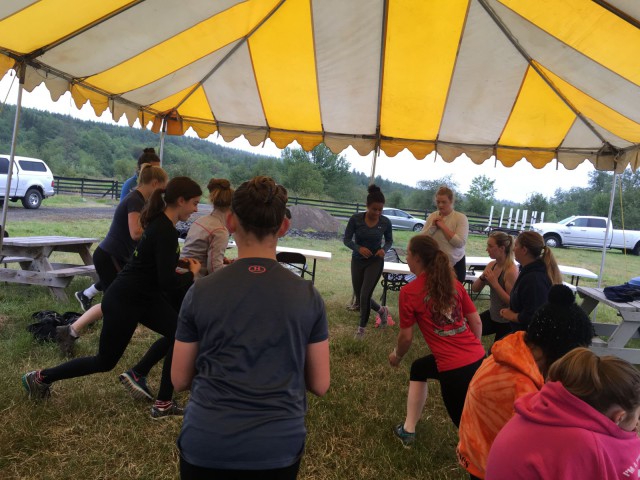 The final day of camp utilized a competition style derby, where campers could put what they’d learned to use in the dressage arena and on course. Overall, the week boasted abundant opportunities for learning and fun. Every rider went home with more knowledge and excitement for the remainder of the season. 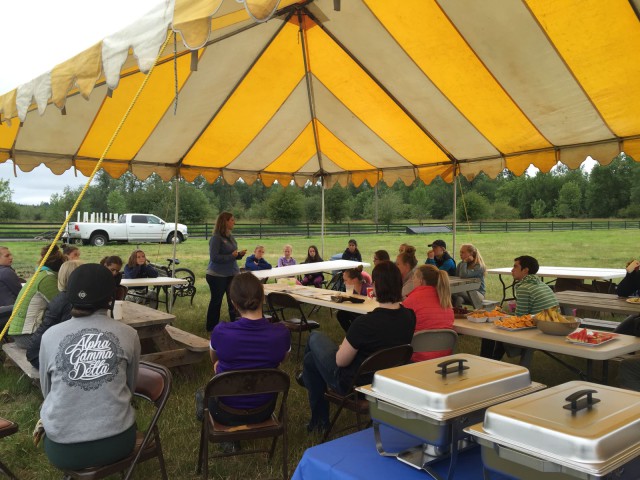 The Young Riders program is truly the best this sport can offer for support and involvement of the younger generation and is undoubtably ripe with opportunity for ambitious young riders looking to advance in the sport. The purpose of the program is to help young riders build a network and foundation for the years to come and can only offer more support with more involvement.

As a young rider myself, I can attest for the opportunities this program has given me, in addition to the lifelong friendships and memories I’ve gathered throughout my years of involvement. It’s cliche, but its true: Nothing is more gratifying and invigorating than seeing fresh faces and excitement surrounding the program and its many opportunities.

If you’re interested in joining Area VII Young Riders (I highly encourage it!), or are simply interested in finding out more about the program, please visit our website.

Exciting things are afoot in Area VII, which encompasses Oregon, Washington, Idaho, Montana and Alaska. Cadence Michel is a Young Rider from the area who has kindly agreed to keep EN updated on what's new! If you're interested in writing for EN, let us know at [email protected] 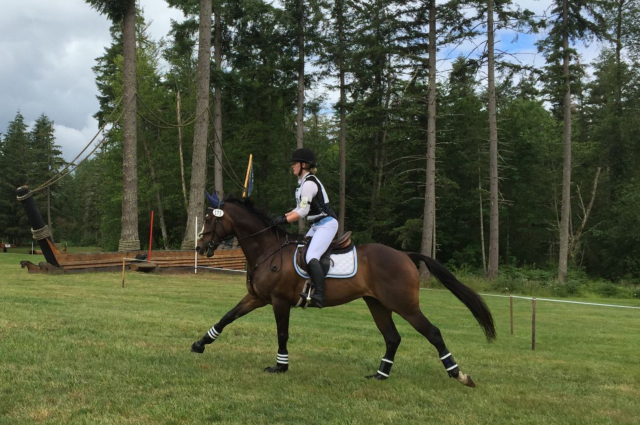 Eventing in the Pacific Northwest is often overshadowed by the sunnier scene down south in California, perhaps due to our shortened season or disagreeable weather. However, after the start to the 2016 season we’ve seen up here in Area VII, I think that should change.

The new horse trials at Spokane Sport Horse in Spokane, Washington, which took place at the end of May, posed an exciting and testing course despite being the first event of the season. With scores incredibly close after dressage throughout the levels and competitors on top of their game, the weekend was one for the books, and surely will be in the future as well. A fall horse trial will be held at the venue Oct. 7-9.

This past weekend Aspen Farms H.T. in Yelm, Washington, held its annual spring event. It newly features CIC1* and 2* divisions, the addition of which has been very positive for Area VII as it has previously been impossible to break onto the FEI stage without traveling to California.

The weekend definitely did not disappoint. As always the courses for both cross country and show jumping presented at Aspen Farms were challenging and fun, making for good competition. The development and focus on creating excellent upper level courses at the venue over the last several years has become an integral and much needed part of the Area VII season. 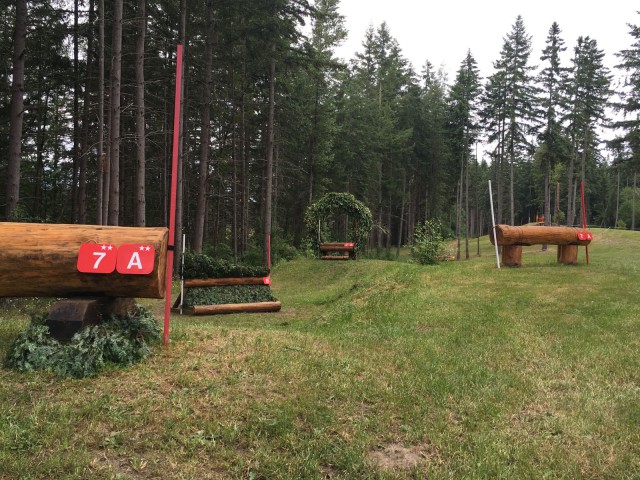 The seventh obstacle on the CIC2* at Aspen Farms. Challenging questions and courses made for an exciting and competitive weekend. Photo by Cadence Michel. 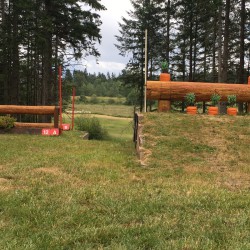 A look at the exciting drop fences on the CIC2*, Intermediate and CIC1* courses. Photo by Cadence Michel. 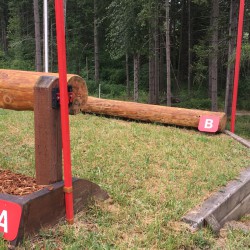 Closer look at #12AB combination on the Intermediate course, a hanging log bounce to a drop. Photo by Cadence Michel. 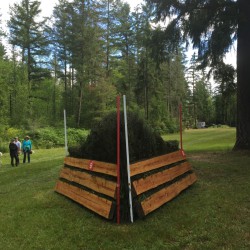 Double sided brush corner, the B element of a combination appearing on both the CIC2* and Intermediate courses. Photo by Cadence Michel. 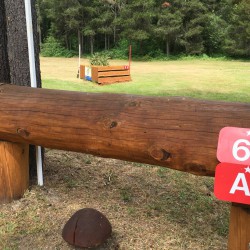 The sixth obstacle on the Aspen Farm CIC2* course, a tricky hanging log to corner line, the B element being shared with Intermediate. Photo by Cadence Michel.

Area VII’s competitors seem more game than ever. The CIC2* was a nail biter, with Emily Pestl-Dimmitt and Airlington sitting in first on her dressage score of 41.6 going into the final day of competition. Marc Grandia on Indio BMW and Mary Burke on Prince William sat in second and third after dressage and maintained their positions after serving double clear show jumping rounds. Cross country ran fast and time proved to be the biggest test to competitors. Marc Grandia prevailed on the final day of competition, adding only 3.6 time penalties to his dressage score of 43.6 over a trying course. Mary Burke finished close on his heels, ending the weekend on a score of 48.6.

Competition in the CIC1* division proved just as thrilling. Maris Burs on her own Cooley Wick took first, finishing on her dressage score of 45.2, and Young Rider Patience O’Neal on BC Huw took second in the pair’s first one star effort.

Many thanks to Chesna Klimek for the videos! View complete results from the event here.

Speaking of Young Riders, the Area VII program is in the midst of developing some very competitive pairs, who are consistently winning and placing not only in Junior divisions but Open and Challenge divisions as well. After sending competitive teams to NAJYRC for the last two years, and Patience O’Neal and Madelynn Snoozy individually bringing the silver medal home for Area VII two years in a row, this area has the potential to develop an incredibly strong new generation for our sport.

Not only is it heartening to be developing upper level courses that can hold their own with those outside our area, it is equally exciting to be seeing competitive horses and riders coming out of this area as well. The Pacific Northwest is stepping up its game, and I’d be paying attention if I were you — but then again, maybe we prefer the element of surprise. 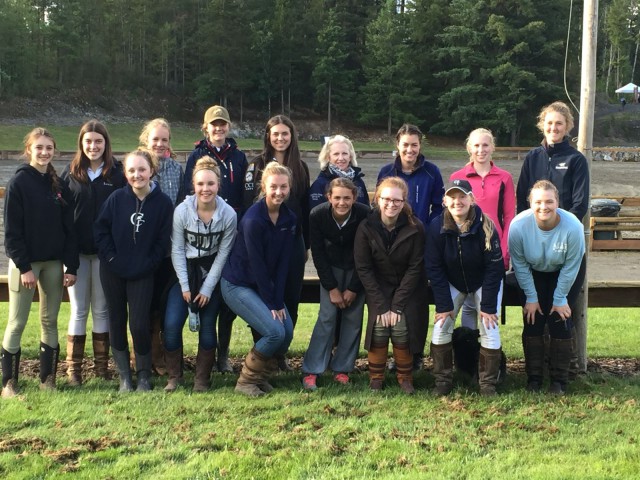 Also, on behalf of myself and the entire eventing community of Area VII, I’d like to offer my condolences to Amy Evans, whose beloved horse Harrison was euthanized at Aspen Farms H.T. after fracturing his right foreleg during their cross country round. Losing a friend and partner is never easy, our thoughts and support are with you. 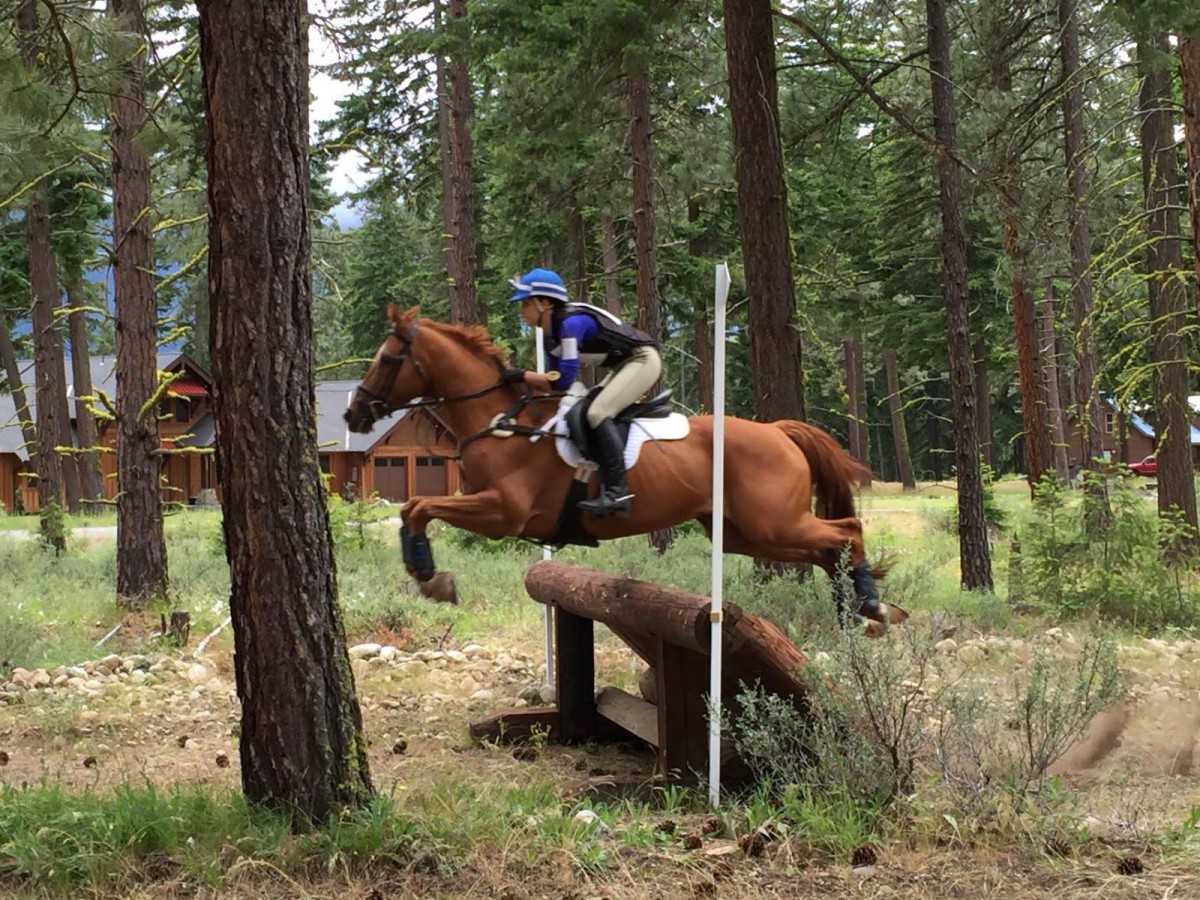 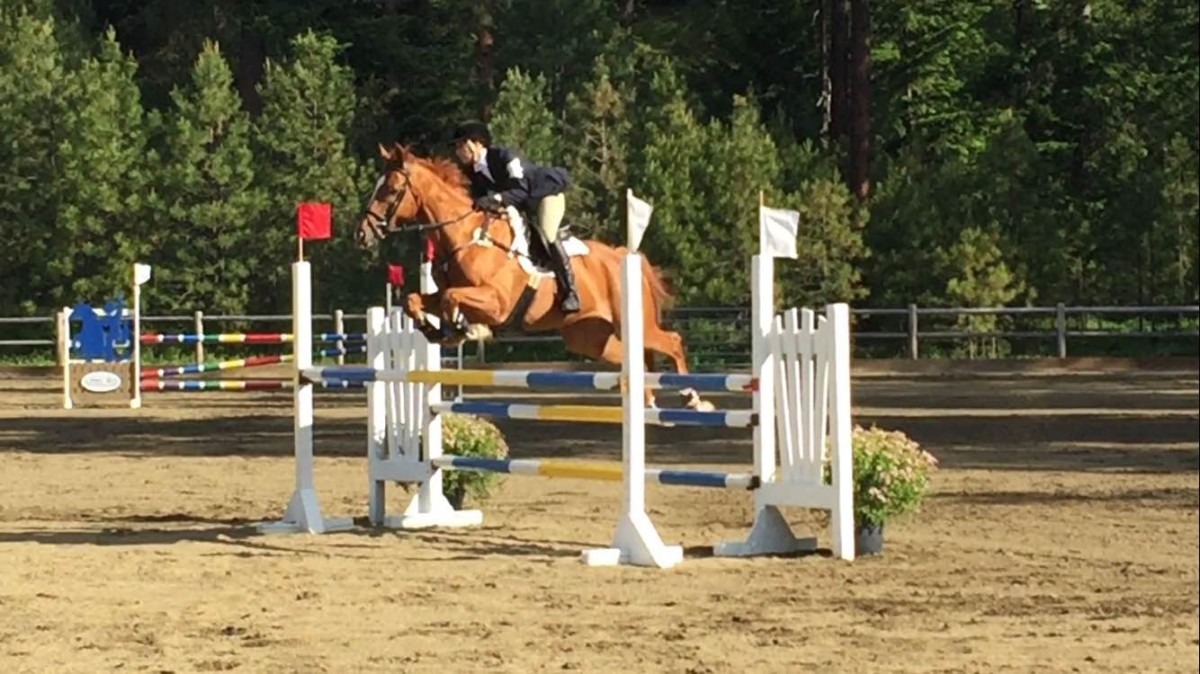