In this excerpt from his new book Bolder, Braver, Brighter, Coach Daniel Stewart explains how we shouldn’t fear or try to avoid failure, because “it’s like fertilizer…It’s what makes you grow!” 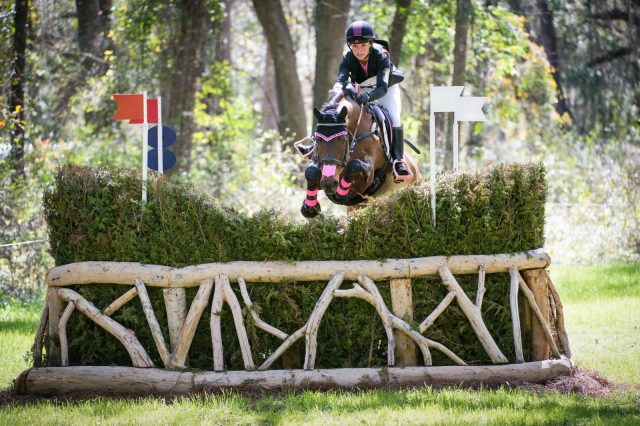 Before you can develop a faith in failure, you must first learn to take yourself out of the equation. Most riders who struggle with failure don’t actually struggle with the failure itself, but with the false and defeating belief that they are the failure, using the word to define themselves rather than the situation. This is called labeling and is what causes so many riders to get mad at themselves, become pessimistic, and feel hopelessness. The first step in developing a faith in failure is to remember that it’s not all about you!

It’s very important to remember that failure is always an event, but never a person. It’s just a thing that happened. You can be hard-working, talented, and resilient, and still fail from time to time. Labels like failure or not good enough are sticky and powerful, so learn to avoid them when describing yourself. Sure, you’ll fail from time to time, but give yourself a break and come up with other, more correct labels that define you. Hard-working, talented, and resilient are great examples because they don’t define a thing that happened, but who you are.

The labels you attach to yourself are powerful. They either help or hinder your ability to feel valuable and satisfied, and are usually self-prophetic, meaning you become what you label yourself. If your labels are self-defeating and pessimistic, you’ll form emotional barriers between you and your ability to feel valuable and satisfied. When your labels are encouraging and optimistic, however, these barriers come down. Whenever you create a label in your mind, you give it power, so make sure you point that power in the right direction!

One step in developing a faith in failure is to take yourself out of the equation. This is called dissociation, because you no longer associate yourself with the failure. You simply cannot be defined by an event, mistake, or failure. Yes, you may have failed at something, but you’re not the failure. Yes, you may have lost at something, but you are not a loser. A single moment in time cannot define who you are. Dissociation allows you to remove yourself from the failure so you can label the event a failed attempt, rather than yourself a failed rider.

Mindfulness is another key to developing a faith in failure. Becoming aware of the tendency to label yourself in a negative way is just as important as separating yourself from the failure itself. Stressful and meaningful events can sometimes cause you to blow things out of proportion (including the size of your shortcomings), so becoming mindful of those tendencies can help you remove yourself from the equation, and in doing so, more clearly see the lessons they’re trying to teach you.

Self-talk also plays a role in developing a faith in failure. The words you say to yourself are also self-prophetic (be careful what you wish for, you might just get it). Learning to discuss failure as an event rather than a person (you) goes a long way to removing its power. Great riders fail all the time and are given plenty of reasons to believe they could be failures, but they don’t. Instead of saying, “I’m a failure,” they say things like, “I missed that one,” or “That was my bad,” or “I’ll get it next time.” They focus on what they learned from the event and are excited to prove that they can fail forward the next time. Is it easy? No. Is it possible? Yes!

Remember: When you learned to walk and fell 50 times, you never thought, “Maybe this isn’t for me.” Fall down 50 times; get up 51!

This excerpt from Bolder, Braver, Brighter by Coach Daniel Stewart is reprinted with permission from Trafalgar Square Books (www.horseandriderbooks.com). 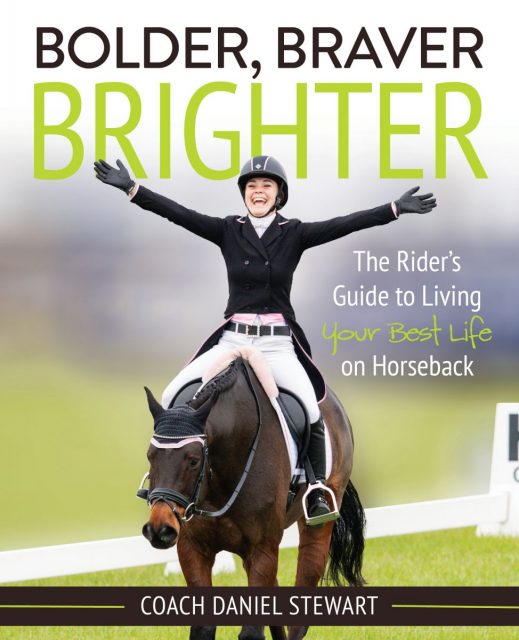 What can you do when you’ve done everything right but it still goes wrong? In his new book “Fit & Focused in 52,” Coach Daniel Stewart gives us a few tools to use when your totally tubular ride suddenly feels like it is totally going down the tubes. 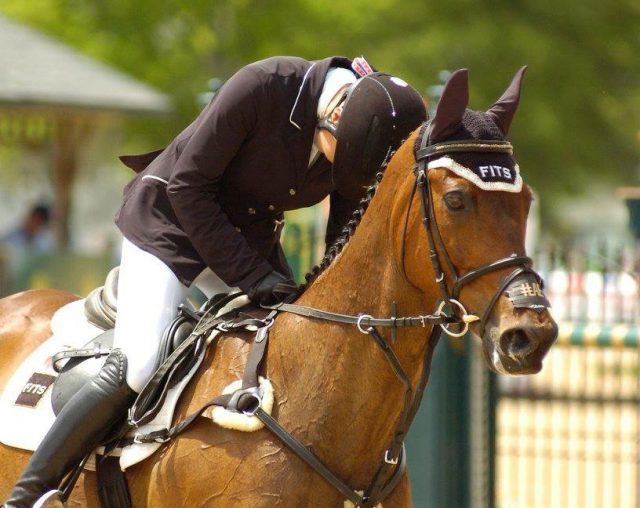 You’re having an amazing ride but your super handy horse uncharacteristically refuses a fence, causing you to end up on his neck, lose a stirrup, and drop your crop! Pick yourself up (and your crop) because it’s time for Plan D.

Your Plan D is known as your “Oh crap!” Plan. This is the plan you put into action every time you get yourself into trouble and hear yourself say something like, “Oh no,” “Oh my gosh,” or “Oh crap!” You’ve only got a split second to figure out how to recover, so you’re going to need to have this plan committed to memory. Repeating a mantra like, “Shake it off,” while shaking your shoulders might be all you have time for and might be all you need to keep your train of thought on the correct track.

Try One of These on for Size…

You only have a short period of time to complete your oh crap plan so you might want to consider some of the following:

“She’s better than me,” stop the flow of that negative thought by yelling the word “Halt!” at yourself (inside or outside voice), take a deep breath, and replace it with, “Do your best, forget the rest.”

– Whisper a calming cadence like, “Breathe, believe, bedazzle;” or “Keep calm, breathe on.”

– Briefly recall a memory when you successfully coped with a similar situation.

Blower Breathing
A few deep breaths are an important part of your Oh Crap! Plan. Use something called blower-breathing—that is, take in a deep breath and force it out while making the blowing sound of a horse. By the way, horses do this by fluttering their nostrils but you don’t have to. Just fluttering your lips will be fine.

The Numbers Don’t Lie
You’re going to breathe about 20,000 times today. Make sure you don’t skip any, especially when the pressure goes up.

Weekly Homework
This week, come up with one or two split-second techniques you can use to keep your head in the game after an unexpected problem. Memorize them and practice them as much as you can.

This excerpt from Fit & Focused in 52 by Coach Daniel Stewart is reprinted with permission from Trafalgar Square Books (www.horseandriderbooks.com). 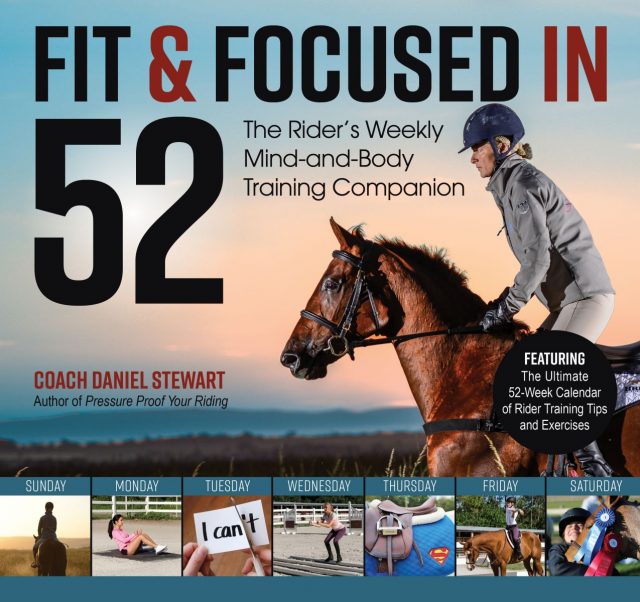