The 2028 U.S. Eventing Team is already out there somewhere, and it’s up to us all to nurture their talent and their big dreams. “2028 Olympic Talent Watch” is an (adorable) new series in which we identify junior eventers who are already exhibiting the heart and the guts to lead American eventing to glory in the (distant) future. Any short-stirrup riders you know come to mind? Email us their story at [email protected] This week’s edition features Emerson Jones, age 9, nominated by dad Doug! 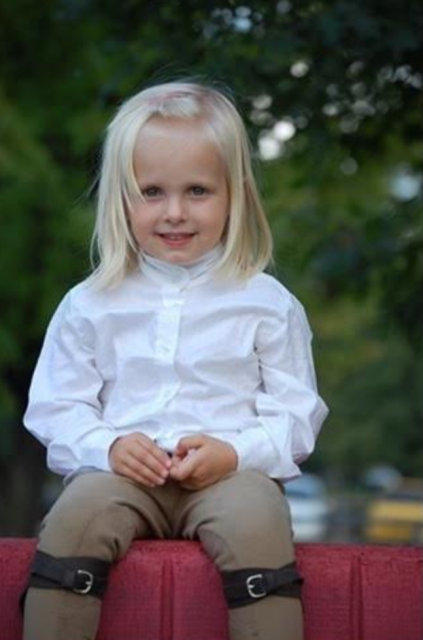 Emerson Jones, 9, was in the saddle by age three, following in the footsteps of her older sister and parents.

She started in the pony hunter ring, going from short stirrups all the way to the small pony divisions in under a year without any previous show experience. Her show championships are almost too numerous to count, but it was not a hunter road without its challenges.

Her sometimes spunky small-pony-of-a-lifetime “Houdini” challenged her while also showing her the ropes. Once, after not so nicely dumping her two times in a row in a class at the prestigious Great Lakes Equestrian Festival, she still went on to champion in the show. The weekend’s announcer actually asked the large crowd to stand and give her a round of applause for her “grit and determination!” She never considered not getting back up and attacking the course.

For two years she showed Houdini on the AA small pony hunter circuit throughout Michigan, Ohio and Kentucky, almost always against older pony riders on more expensive mounts. She especially loved the challenge of the medal rounds, and going for perfection in her pony equitation classes.

Pony Finals 2016 was her culminating hunter ride, after she qualified herself and her pony not only for the pony hunters but also for the Medal Finals. She was checking the “Pony Olympics” off her bucket list! She had much success at the show despite being among the youngest in the show (at age seven), and riding an older and far from the most expensive pony in the field. 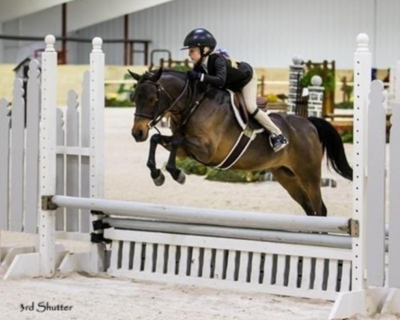 Photo by 3rd Shutter from the Sun.

Last fall she and her hunter pony showed in their first starter horse trial. The pair did smashingly well as she proved that the little hunter pony who had never seen the outside of a ring could gallop across the country with the best of them. She earned a 5th place ribbon, finishing on her dressage score in her first time out of the start box! 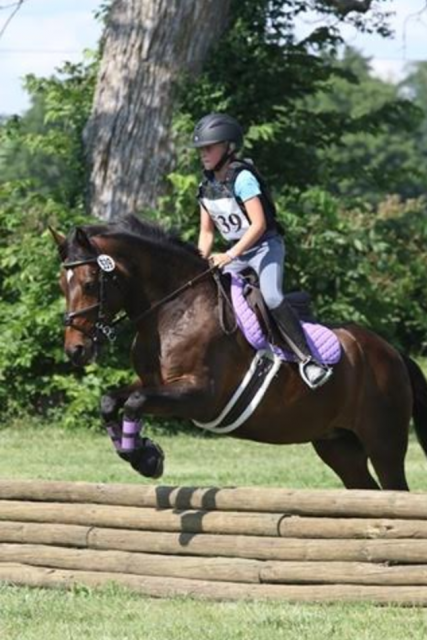 This year Emerson followed her sister from the hunter ring to the eventing field full time, where her parents used to ride. She and “Just Belle” are currently showing on the Area 8 circuit in the Starter divisions. She earned the blue ribbon at her first USEA event, Honey Run (Ann Arbor, MI), in June. Earlier this summer she enjoyed returning to the site of her Pony Finals success, the Kentucky Horse Park, where she successfully completed Champagne Run in 6th place on her dressage score of 32. 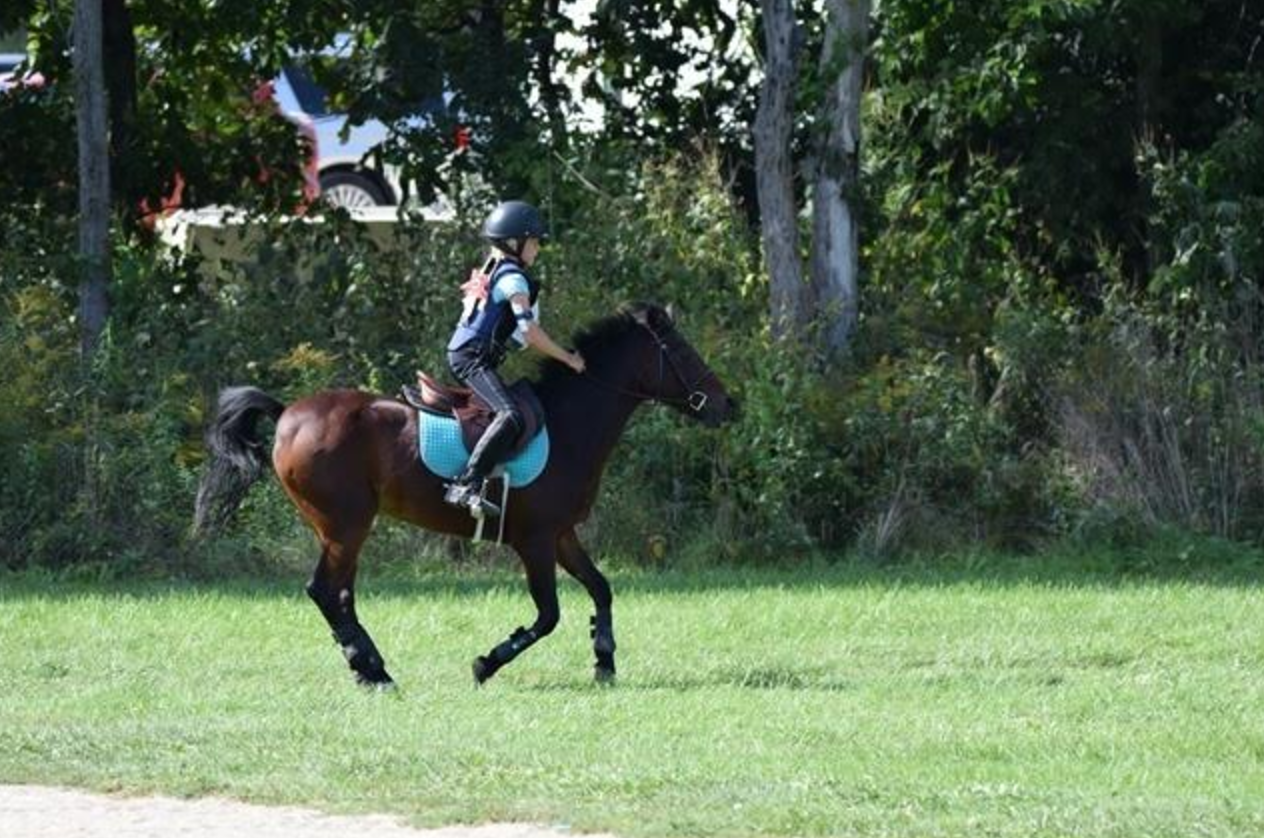 Emerson currently rides out of Cobblestone Farm in Dexter MI, and trains with Ciaran Thompson and Jennifer Foreman. She is an official Area 8 young rider with her eyes on a future run at NAJYRC.

She lives with her parents and four siblings in Saline, Michigan where she is starting the 4th grade. When not in the saddle, Emerson enjoys much success on the tennis court.