Geraldine Lindsay, a native of Hertfordshire, England, is an USEA ICP Level II Instructor who lives in Scottsville, Virginia. “I have always been a lover of thoroughbreds and started my career working for the British Bloodstock Agency in Newmarket, England, but I feel very strongly that there needs to be a reality check in the U.S. regarding the indiscriminate breeding of poor quality horses for racing.” We thank her for sharing this editorial calling for a reckoning within the industry. 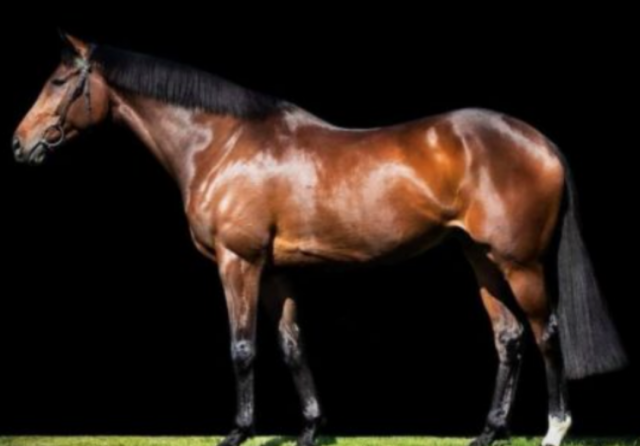 Before I light the blue touch paper, let me be clear that I fully understand and share the passion that so many people have for thoroughbreds, but this only serves to fuel my anger and despair at how the current custodians of the breed in this country seem intent on destroying it. I grew up adoring thoroughbreds and loved nothing more than persuading my mom to take me to Tattersalls Sales in Newmarket where I would covet the glorious creatures parading around the sales ring. Nowadays however when I read Eventing Nation’s “Weekly OTTB Wishlist” column, I don’t see an opportunity to acquire a blue-blooded potential event horse at a bargain price. Instead I see copious examples of how the racing industry in the U.S. is using the other equestrian disciplines as an acquiescent dumping ground for their thousands of annual rejects. State incentives and the indiscriminate use of drugs have resulted in massive overproduction of inferior horses that we are then duped into believing are suitable for alternative careers. Some are, but many are not, and these latter horses, through no fault of their own, cause untold sadness, despair and disappointment plus financial and emotional duress to their new owners. It shouldn’t be like that — what the racing industry produces, the racing industry should have a life-long plan for.

If a horse, like one recent example on EN’s pages, has raced innumerable times and won in excess of $150,000, doesn’t he deserve more than being sold off for a few thousand dollars because his owner doesn’t want to keep him through the winter? That the horse is clearly unsound in his promotional video indicates that he has reached the end of his road, either on the track or in any other discipline, and to suggest otherwise does nobody, other than the racing industry, any favors. But, of course, like so much else in life, it’s all about the money. The trainer wants to keep the owner, but the owner only wants to pay the training fees if the horse is winning. At the inevitable point when a gelding stops winning it is convenient if he can be offloaded quickly with the added advantage that the owner’s conscience will be assuaged by assurances that the horse will become a cherished eventer, fox-hunter or show horse. That’s a much easier sell than “time to buy you a new yearling at the sales, let’s have this one euthanized!” or “time to pension this guy off and you can use his winnings to keep him in style for the rest of his days”. Handing the horse over to a charity that rehomes OTTBs is an easy option which kicks the can down the road, keeps the owner happy and on the trainer’s hook, and deludes people into believing the situation isn’t just tenable, but even desirable. It isn’t.

A tenable and desirable situation would be a drastic reduction in the national thoroughbred herd so that 20,000 foals don’t hit the ground each spring, and a return to the time-honored principles of good horse breeding, management and training which would result in sounder, more useful horses for use both on and off the track. It is past time when the American Jockey Club should be putting its house in order, with a cradle-to-grave path mapped out for every foal, financially-supported by the industry from the moment they are registered. The people of this country are amazingly generous and willingly donate to thoroughbred charities, raise funds or organize blanket donations, but if affairs were put right at the top of the multi-billion dollar U.S. horse-racing industry, such charities wouldn’t need to exist, and thoroughbred horses and their care providers would be the better for it.

In the early 1980s when I worked for the British Bloodstock Agency we were all in awe of the magnificent youngsters imported from the U.S., and it was interesting to note that in a recent Jockey Club round table forum featuring international trainers John Gosden and Jessica Harrington and 2020 Hall of Fame inductee Mark Casse, the 1980s were cited as being when the rot set in, leading to a marked deterioration in the quality of the breed. Where historically horses were produced by the old racing families on historic Kentucky farms to win races, there was a gradual change towards breeding horses for success at the sales rather than on the racetrack and pedigree began to trump performance. That trend towards producing precocious horses that looked good at the yearling sales was boosted by the widespread use of the steroid clenbuterol, not for its intended purpose as a bronchodilator, but because it increases muscle mass and makes yearlings look burly and mature. Sadly, clenbuterol also decreases bone density leading to a greater susceptibility to bone chips and fractures, one of the commonest causes of lameness in OTTBs.

Also implicated in the degeneration of the breed are the various financial initiatives set up in individual states to support and encourage the sport locally, a process that according to Mark Casse is “probably the thing that has hurt our breed the most in the U.S.” with stallions and mares in breeding programs that would otherwise never have “cut the mustard”. While not all producers can be tarred with the same brush, I have personally witnessed thoroughbred breeding facilities in the north-east where weedy, ill-conformed young-stock are raised in factory-farm conditions, with limited turn out due to both a shortage of land and the severity of the climate. Sadly, because it currently pays breeders in certain states to mass-produce horses in this way, many OTTBs will have begun their lives in similarly uncongenial surroundings rather than in the lush, white-railed pastures of our imaginings.

Another take from the round table was that horsemanship skills have severely diminished in the industry and young trainers now rely heavily on the many drugs that are uniquely permitted and accepted in American racing, rather than relying on time, care and good horse sense. And it’s not just well-known drugs like Lasix and Bute but a plethora of other products. As John Gosden pointed out, that means the American TB is “rather like a counterfeit coinage” because you don’t really know what you’ve got. Mark Casse is so depressed by the drug use that he questions whether he even wants to continue to train, while former Olympic eventer-turned-trainer, Jessica Harrington, reflects on how she would prefer to have horses living outside in a dust-free environment rather than depending on Lasix, and if a horse needs to be on Bute it probably needs time off. Wonderful sentiments, but if everyone else is taking short-cuts and availing themselves of pharmaceutical help, both legal and illegal, to win races and keep owners happy, there is less and less space in the market for those employing old-fashioned, ethical methods.

I strongly believe that the love affair with the American thoroughbred is now based on a romantic concept rather than on current reality, on the idea that “my horse is descended from Secretariat or Man O’ War”, rather than an understanding that the words Made in America which are metaphorically stamped on the upper lip of each registered foal actually denotes a very shoddy product. Indeed, I would contend that a seriously compromised new breed of horse, the 21st Century American Thoroughbred, has been willfully and deliberately engineered thanks to a toxic combination of greed and ignorance.

A successful, durable event horse needs to have been bred by design for the demands of the sport and his subsequent upbringing should follow a long-understood program for his care and development. The success of the Irish Sport Horse is testament to these two truths. An OTTB, by contrast, has had entirely the wrong diet, the wrong training and the wrong environment to foster soundness and longevity, and that’s without the aforementioned disregard of Darwinian principles in the breeding process and the widespread use of drugs in the horses’ training and development. Of course, there is no denying that some wonderful horses do defy the odds and make it to the top levels of eventing, but given the numbers that are bred every year these success stories are, statistically-speaking, a rarity.

So how is this iniquitous situation to be addressed and resolved? Firstly, I believe it must be firmly acknowledged, understood and accepted that many OTTBs are poor-quality equine specimens and the equestrian consumer needs to realize that they are being manipulated into accepting the status quo based on a vision of an American thoroughbred that no longer exists other than at the very highest levels. Just imagine what would happen if everyone said “we’re not playing any more until you set your house in order”. The thoroughbred industry would either have to send their rejects by the van load to Mexico for slaughter, or invest money in quality retirement facilities. The former solution would certainly be unpalatable to the public; the latter unpalatable to breeders, trainers and owners, but if the racing industry is to survive long-term those involved need to be part of the solution not just the cause of the problem. The worldwide Godolphin organization has some innovative schemes for their retired horses to lead useful but secure lives, with a built-in safety net if things don’t work out, and that is a route the whole industry needs to follow — read more here. Until that becomes the norm, I leave you to consider the inconvenient truth which is that people with more conscience than money are giving lifelong care and commitment to horses that have been discarded by people who have more money than conscience.